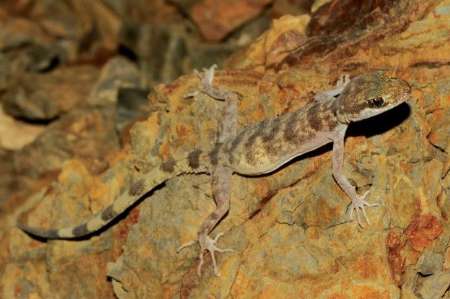 Bandar Abbas, May 11, IRNA – Iranian researchers at Pars Herpetologists Institute and Kurdestan University for the first time identified and discovered a new species of lizard in Hormuzgan province.

‘This rare species is called Parsigecko and is the first example under the category of vertebrates which has been described by the Iranian researchers in an almost independent manner,’ Executive Director of the Institute Barbod Safaei Mahrou said.

He went on to say that such type of lizard has been discovered in Hamag protected area which is the highest mountainous point of Hormuzgan province.

‘Parsigecko is the only endemic species among 250 species of reptiles in Iran,’ Safaei Mahrou added.