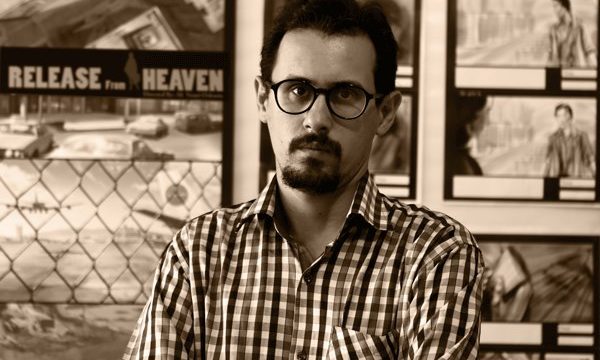 TEHRAN, May 11 (MNA) – A member of Central Council of the Animated Film Association of Iran (ASIFA) has said 9 Iranian short animations will participate in Animation Day in Cannes.

Ali Nouri Oskouei who is also a member of Planning Council of Animation Day in Cannes told Mehr News that the first edition of ceremony of Animation Day had been held; “as a member of ASIFA (Iranian acronym), I have done my best to bring more Iranian works, with 9 short animations securing a place in the Animation Day,” he added.

“‘Little Boy’ by Mona Shahi, ‘Butterfly Man’ by Amir Mehran, ‘That’s Mine’ by Maryam Kashkoulinia, ‘Tree’ by Sareh Shafi’pour, ‘Me, My Wife, and Our Cow’ by Azadeh Moezzi, ‘A Solution for a Simple Problem’ by Behzad Rarahat, ‘Lost Doll’ by Moein Samadi, ‘Weight of Being’ by Hamid Bahrami, and ‘Once a Tree’ by Sara Khalili will participate in the Animation Day in Cannes,” he added. “‘Behind the Gates of Heaven’ by myself was honored by the selection board as the most famous project underway,” Oskouei said.

“All these animated works are ordered by International Festival of Resistance Art; despite the giants of the animation industry, Iranian aminations enjoy a majority in the event; some of these animated works have won trophies in other international festivals,” he told Mehr News. “A market in Cannes provides grounds for Iranian underway projects to absorb foreign investments; Amination Day in Cannes will be May 18,” he concluded.