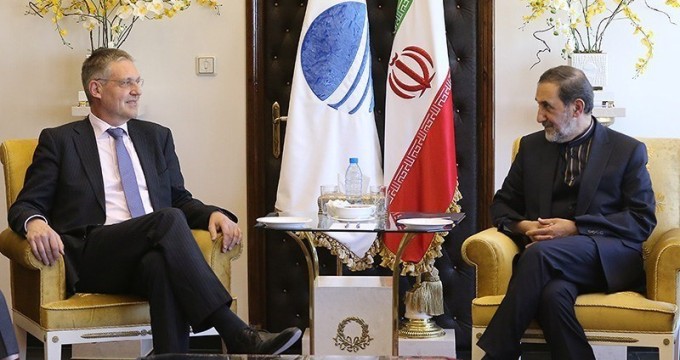 TEHRAN (Tasnim) – Visiting German Deputy Foreign Minister Markus Ederer highlighted Berlin’s stance on the Syrian crisis, saying that there is no solution to the five-year-old conflict in the Arab country other than a peaceful one.

Speaking to reporters after his meeting with Head of the Strategic Research Center of Iran’s Expediency Council Ali Akbar Velayati in Tehran on Tuesday, Ederer said the Islamic Republic and Germany share common concerns on the instability in the Middle East region, Syria in particular.

Both Tehran and Berlin have deep concerns on the current instable situation in the region, he said adding that in his talks with Velayati, the two sides mostly focused on Syria, Iraq and Yemen.

“We both agree that there is no military solution to Syria and a peaceful solution with the participation of the Syrian people is needed,” the German diplomat said, calling on the United Nations to pave the way for such peaceful resolution.

According to a new report by the Syrian Center for Policy Research, the conflict has claimed the lives of over 470,000 people, injured 1.9 million others, and displaced nearly half of the country’s pre-war population of about 23 million within or beyond its borders.

Earlier in June 2015, Iranian President Hassan Rouhani hailed the resistance of the Syrian government and people against foreign-backed terrorist groups in the Arab country, saying that Tehran is determined to side with Damascus to the end of the crisis.
By Tasnim News Agency