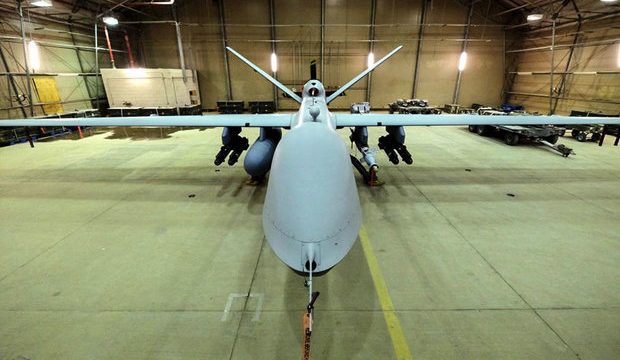 TEHRAN, May 10 (MNA) – The latest domestic drone of Khatam al-Anbia Air Defense Base, dubbed ‘Naseh’, was put on display on Tuesday in a ceremony attended by defense minister.

The Naseh drone, manufactured by Iran’s Khatam al-Anbia Air Defense Base, was officially unveiled in Tehran on Tuesday morning during a ceremony attend by Defense Minister Hossein Dehghan.