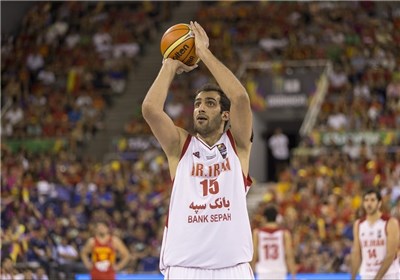 Iran open the door to youth

There will be no Samad Nikkhah, no Mahdi Kamrani, no Hamed Afagh and no Javad Davari. The absences, head coach Dirk Bauermann says, must not be viewed as a sign of doom and gloom. Instead, it’s a positive.

“There’s a ton of good, talented young players who I think deserve a chance to compete at the highest level,” Bauermann said on the Iranian Basketball Federation’s official website.

Our veteran guys have done so much for the country, but we all sat down together and decided that it would be in everybody’s best interest, at least this summer, if we go with younger guys to Italy for the Olympic Qualifying Tournament. – Bauermann

Despite an injection of youth, there will be some experienced players in the Iran squad. In addition to Haddadi, there will be Oshin Sahakian. Another is Arsalan Kazemi, who made his senior team bow at the 2010 FIBA Basketball World Cup.

Some would argue that a youth movement began a couple of years ago for Iran. Behnam Yakhchali was in the national side that competed at the 2013 FIBA U19 World Championship. He is a 20-year-old shooting guard who played for the senior team the following year at the FIBA Basketball World Cup in Spain and again last year at the FIBA Asia Championship.

Haddadi, though, is going to be the focal point. Bauermann will require his scoring and rebounding. He will need the 2.18m center to protect the rim on defense and call on the Ahvaz-born pivot, who turns 31 on 19 May, to be a leader.

He has been vital for Iran since the 2007 FIBA Asia Championship. Haddadi had a prominent role the last couple of summers, including at Spain 2014.

“Hamed Haddadi is going to be really important, even more than in recent years, in terms of leadership and being more of a focal point offensively,” Bauermann said. “But otherwise, it will be a young group so it should be an interesting summer.”

At the FIBA Olympic Qualifying Tournament, which is being staged 4-9 July, Iran will play in Group A against Greece and Mexico. In Group B will be Croatia, Italy and Tunisia. Only the side that wins the OQT will clinch a spot in the Rio de Janeiro Games.