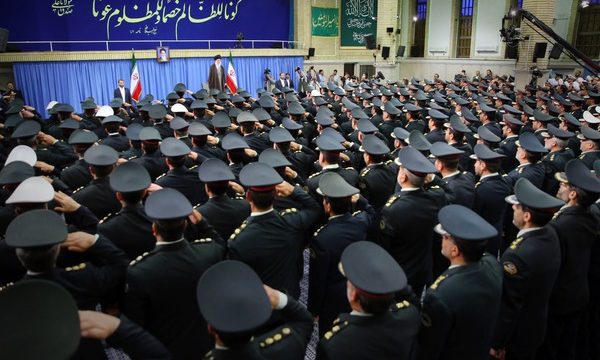 Leader of the Islamic Revolution Ayatollah Seyyed Ali Khamenei says establishment of security is of foremost importance to management of various affairs in the society.

A high-ranking Iranian official has slammed Takfiri terrorists’ occupation of the strategic village of Khan Tuman located just outside the Syrian city of Aleppo, reiterating that the Syrian crisis can be resolved only through political means.

A senior adviser to Leader of the Islamic Revolution Ayatollah Seyyed Ali Khamenei says Iran’s redline is Syrian President Bashar al-Assad’s remaining in power until his term in office is over.

Iranian Defense Minister Brigadier General Hossein Dehqan says the Islamic Republic sees no limits to holding military maneuvers in its territorial waters in the Persian Gulf and the Sea of Oman.

Araqchi: Complete use of JCPOA possible by defeating Iranophobia

Deputy Foreign Minister Seyyed Abbas Araqchi underlined that all sides can benefit from the Joint Comprehensive Plan of Action (JCPOA) by making the enemies’ Iranophobia efforts to fail.

Iranian President Hassan Rouhani said the country’s exports of oil will be soon equal to the level of pre-sanctions era, noting that part of the banking problems will be also fixed.

Australia’s foreign minister appointed Ian Biggs, a senior career officer at the Department of Foreign Affairs and Trade, as the country’s new ambassador to Iran.

Leader of the Islamic Revolution Ayatollah Seyed Ali Khamenei cautioned against hostile ploys to incite polarity and rift in Iran.

A delegation of Russia’s Gazprom will arrive in Tehran for talks on gas cooperation.