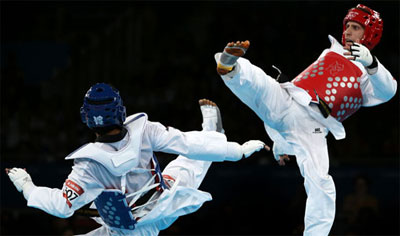 TEHRAN, May 08 (MNA) – Iran’s Mohammad Kazemi has managed to claim the title at 27th Fajr Open in Tehran.

Mohammad Kazemi of Iran managed to come first in -58kg weight group followed by the Afghan rival who stood on the second podium.

Competitors at -68 and +80kg categories will meet rivals today on the second day of the tournament on Sunday May 08.

Gold, Silver and Bronze winners of 27th Fajr Open can add 10, 6 and 3.6 points, respectivelyto the ranking of participating athletes.