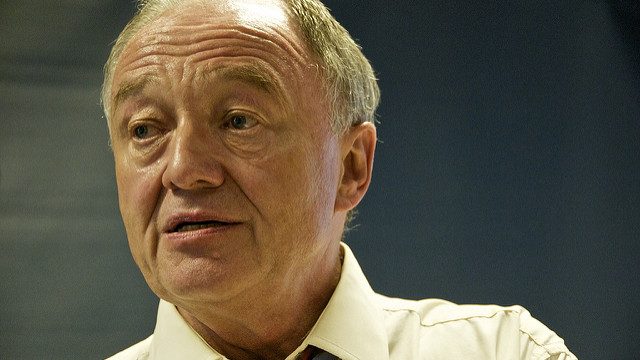 After Bernie Sanders’ historic remarks regarding Israeli attacks on Gaza, the Israeli PR machine, also known as “Hasbara” is panicking. This was the most damaging and high profile calling out of Israel in recent memory, but it wasn’t the first.  In March of 2016 Senator Patrick Leahy signed a letter, which called for the State Department to look into human rights violations by the Israeli army.

In September of 2015 Iceland’s capital Reykjavík was the first European capital to call for boycott of Israeli goods and it is well known that in the UK, the leader of the opposition Labor Party is a staunch supporter of Palestinian rights and therefore viewed by Zionists as a threat to Israel. Now, only days from the London Mayoral elections where the labor candidate is seen as the favorite to win, the UK labor party is plagued by anti-Semitism placing Jeremy Corbyn and the entire Labor Party in a tight spot. What an interesting coincidence.

Lets begin with what happened in the city of Reykjavík, Iceland’s beautiful capital city. I  only just recently returned from a memorable trip that included a lecture in Reykjavik. We had dinner at the home of Sveinn Rúnar Hauksson and Björk Vilhelmsdóttir two leading figures in the Palestine solidarity movement there, along with Mads Gilbert and other good friends and solid supporters of justice in Palestine. The city’s decision in support of boycotting Israeli goods was an historic one and was passed by the city council in a 9-5 vote, but it was rescinded due to Israeli pressure. Everyone in the Palestine solidarity committee and those who were involved in the vote say that that the city was not prepared for the backlash. Threats of law suits, economic pressure and travel advisories came from the usual organizations that protect Israel from being held accountable, and they caused a great deal of concern in Iceland.  The parties that made the threats include the Simon Wiesenthal Center, the Anti-Defamation League and the Jewish Billionaire Ron Lauder who heads the World Jewish Congress. It is obvious that Israel and its advocates would bring out their biggest guns when the first European capital votes in support of BDS. So even though the decision was an historic one, it was rescinded and that is too bad.

The anti-Semitism “crisis” in Britain’s Labor party is a smoke screen to shield Israel and its supporters by changing the discourse from Israeli crimes to whether such and such an MP said this or that. It doesn’t take a genius to figure out that in the UK the allegations of anti-Semitism have something to do with the Israeli PR machine and its agents who are terrified of seeing Corbyn become Prime Minister, and will stop at nothing to stop him, but sadly, the Brits too bowed down. Apologies were offered and the “culprits” were suspended.

Among the “culprits” is Ken Livingstone, who is one of the most progressive, if not the most progressive figure in British politics and a staunch critic of Israel. It is as though Israel has a magical spell over politicians and they become numb, or hypnotized and incapable of standing up to Israel and its agents.  One of the concerns expressed is that in the UK over ninety percent of Jews polled said that Israel forms some part of their identity, and therefore they view anti-Zionism as anti-Semitism. Well, if they identify with a genocidal apartheid regime then the problem is clearly theirs and there is no reason to try to pacify them.  Jews, or anyone else for that matter, who identifies with Israel can’t complain when they become outcasts and are not invited to tea.

The right approach in all of these cases would have been to seize this moment and to clearly say that anyone who supports Israel (the self proclaimed Jewish State) is supporting racism and must be ashamed. The right approach would have been to admit that for seventy years Palestinians have been facing a slow genocide, and that it is time for Europeans to act. The right thing to do would have been to stand behind the call to boycott Israel and to put an end to the façade.  But that would mean standing up to the Israeli bully and its agents and that is a tough business.  One Icelandic Member of Parliament said to me, “they threatened to sue.” A lawsuit, you say? Great! That is when one is suppose to say, “Bring it on!” the call for boycott of Israel is not just a call to boycott goods, it is a call for action. It is an opportunity to challenge the lies and the myths publically. It is an opportunity to confront the Israeli PR machine and expose it – the outright madness that Israel and its agents express when they are called out is exactly the response that is needed to show they are guilty as charged. But if we shy away from the confrontation injustice will be vindicated every time.

Israel is a state with no conscience and it is finally seeing the world turn against it. Israel is seeing its defenses falling one by one, and it is holding on to straws. Everywhere around the world the Zionist narrative, which for Israel is the “Holy Grail” is weakened, being challenged and dispelled which leaves Israel only one option: to fight back with all of its might and by doing so expose itself as an hysterical, violent state. Europeans and Americans and everyone else need to get over the fear of being called anti-Semitic and stay on task. The violence and the racism in Palestine are coming from one direction and that is Israel. A serious discussion on racism and intolerance is a good thing but a superficial discussion on anti-Semitism that is used as a smoke screen for Israel is never a good thing and needs to be exposed.

The fight to free Palestine from the menacing violent regime of apartheid and colonialism is not for the weak at heart. It should come as no surprise that only one presidential candidate in the US dared to call Israel out for its attacks on Gaza and others are in no hurry to follow. It is a tough battle and those who want to be part of it need to gear up.

This article was written by Miko Peled for American Herald Tribune on May 4, 2016. Miko Peled is an Israeli writer and activist living in the US. He was born and raised in Jerusalem. His father was the late Israeli General Matti Peled.