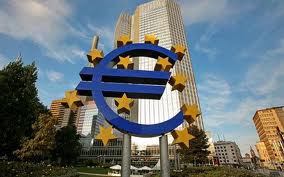 Why big European banks are reluctant to return to Iran

ZURICH — Iran’s largest bank is eager to resume ties with major European banks, but only smaller financial institutions have been willing to return to the Iranian market in the aftermath of a landmark nuclear deal.

In an interview May 3 with Al-Monitor on the sidelines of a conference in Zurich, Mostafa Beheshti Rouy, an executive board member of Bank Pasargad, attributed this reluctance to multibillion-dollar settlement agreements reached by major European banks with the US Justice Department over prior sanctions violations. He suggested that the US Treasury’s Office of Foreign Assets Control (OFAC) could reassure these banks that there are no prohibitions on resuming legitimate business with Iran.

Iranian officials have expressed frustration with the slow pace of tangible economic benefits they have seen since implementation of the Joint Comprehensive Plan of Action (JCPOA) Jan. 16. A key impediment has been Iran’s difficulty in fully reconnecting to the international financial system.
Read more here

#IranDeal, European banks, JCPOA May 4, 2016
A Look at Iranian Newspaper Front Pages on May 4
3rd Europe-Iran Forum opens in Zurich