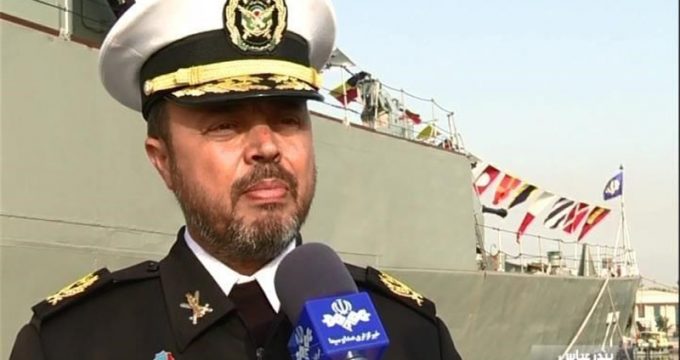 TEHRAN (Tasnim) – An Iranian Navy officer said the US military presence in the Persian Gulf and Sea of Oman just leads to insecurity and spread of terrorism.

“The US Navy does not pursue anything in the Persian Gulf and the Sea of Oman except causing insecurity, spreading terrorism, espionage and (fomenting) Iranophobia,” Rear Admiral Reza Abbasi said Wednesday.

In contrast, the presence of Iranian naval forces in high seas is to deter threats against the country’s territorial waters, he added.

The officer also stressed that Iran will stage war games wherever and whenever it deems necessary to boost its combat capabilities and keep the naval forces prepared for action.

His comments came after Leader of the Islamic Revolution Ayatollah Seyed Ali Khamenei on Monday hammered the US for its schemes against Iran’s military presence in the Persian Gulf and made it clear that the Islamic Republic will continue to demonstrate power at its home, the Persian Gulf.

“The Persian Gulf is the Iranian nation’s home …, and the coasts of the Persian Gulf and large parts of the Sea of Oman coasts belong to this strong nation,” Imam Khamenei said.

“We must be present in that region (the Persian Gulf), hold war games and demonstrate power… It is Americans who should explain why they have come here from the other side of the world and stage war games,” Ayatollah Khamenei stated.