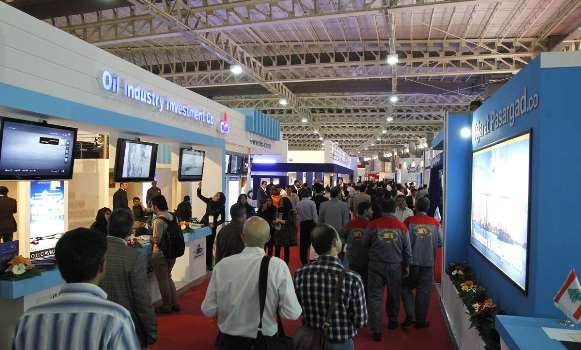 TEHRAN (Tasnim) – The 21st edition of Iran’s International Oil, Gas, Refining and Petrochemical Exhibition, a major exhibition in Iran and the Middle East, will kick off in Tehran on Thursday.

Around 1,900 Iranian and foreign companies are attending the show.

The event, which will last until May 8, is not going to have an opening ceremony.

This year’s exhibition comes against the backdrop of growing international interest in cooperation with Iran after implementation of the Joint Comprehensive Plan of Action (JCPOA), a lasting nuclear agreement between Tehran and the Group 5+1 (Russia, China, the US, Britain, France and Germany).

The nuclear deal terminated anti-Iran sanctions when it came into force on January 16.

On Sunday, Iranian President Hassan Rouhani said the country’s exports of oil and gas condensates have reached 2.3 million barrels per day (bpd), almost twice as much as before the JCPOA took effect.

Before the sanctions were lifted, Iran said it had made the necessary preparations to boost its oil production capacity to pre-sanctions levels.

Oil Minister Zanganeh has repeatedly emphasized that the Islamic Republic is determined to regain its share of the oil market lost as a result of the sanctions.