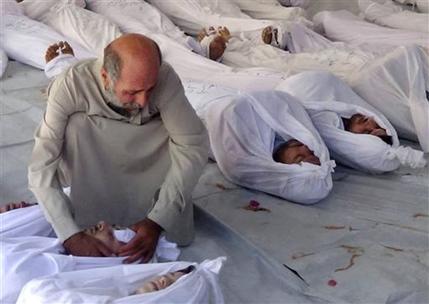 An intergovernmental organization has warned of the “extremely worrying” signs that Daesh could be developing chemical weapons of its own.

Director General of the Organization for the Prohibition of Chemical Weapons (OPCW) Ahmet Uzumcu said Tuesday that the Takfiri terrorist group might have already used them both in Iraq and Syria.

Uzumcu said fact-finding teams from The Hague-based watchdog have discovered evidence that suggest the use of sulfur mustard in attacks in the two crisis-hit Arab countries.

“Although they could not attribute this to Daesh… there are strong suspicions that they may have used” chemical weapons, Uzumcu said.

“Secondly, the suspicions are that they may have produced it themselves, which is extremely worrying,” he pointed out.

“It proves that they have the technology, know-how and also access to the materials which might be used for the production of chemical weapons,” Uzumcu said on the sidelines of a three-day conference in the Hague.

“The international community should be very vigilant to such threats and cooperate further to prevent such attacks from occurring elsewhere,” he said.

On April 7, 23 people were killed and over 100 others injured in a chemical attack by Daesh terrorists against members of the Kurdish People’s Protection Units (YPG) in the Syrian city of Aleppo.

The development came only three days after al-Ikhbariyah Syria satellite television etwork reported that Daesh had fired a barrage of rockets, carrying mustard gas, at a Syrian military airport in the eastern city of Dayr al-Zawr.

According to a report by the Syrian-American Medical Society, Daesh has carried out more than 160 attacks involving “poisonous or asphyxiating agents, such as sarin, chlorine, and mustard gas” since the beginning of the Syrian conflict in 2011. At least 1,491 people have been killed in the chemical attacks.

In August 2013, hundreds of people were also killed in a chemical attack in the Ghouta suburb of Damascus. According to reports, the rockets used in the assault were handmade and contained sarin.

According to a February report by the Syrian Center for Policy Research, the conflict has claimed the lives of over 470,000 people, injured 1.9 million others, and displaced nearly half of the pre-war population of about 23 million within or beyond Syria’s borders.