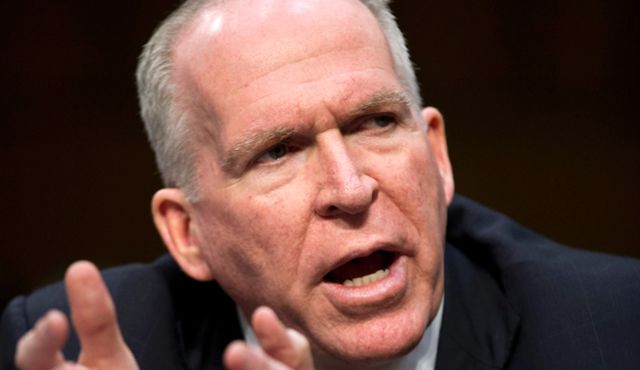 CIA Director John Brennan says the United States will undoubtedly destroy the Daesh (ISIL) terrorist group, which has captured large parts of Syria and Iraq, where about 10 million people live under their control.

“We will destroy [Daesh], I have no doubt in my mind,” Brennan told NBC News on Sunday. “And we have to remove the leadership that directs that organization to carry out these horrific attacks.”

Brennan said if the US could kill Daesh chief Abu Bakr al-Baghdadi, it would have an effect on the terrorist group.

“If we got Baghdadi, I think it would have a great impact on the organization, and it will be felt by them,” he said.

Comparing al-Qaeda to Daesh, Brennan said Osama bin Laden’s group was just an “organization,” but ISIL is a “phenomenon”.

“We know that ISIS [Daesh] is trying to carry out attacks in Europe and in other parts of the globe. Also, we are working very, very closely with our European partners,” he said.

This is while independent analysts believe Daesh is in fact a US funded mercenary organization trained in CIA bases in the Middle East to overthrow the Syrian and other sovereign governments.

Daesh was created by Zionist elements in the US and Israel to defend their geostrategic interests and destroy independent governments in the Middle East, Dr. Barrett stated.

Since 2014, Daesh terrorists have been carrying out horrific acts of violence such as public decapitations and crucifixions against all communities, including Shias, Sunnis, Izadi Kurds, and Christians, in the areas under their control.

Earlier this year, the US State Department finally acknowledged the fact that the group is committing “genocide” against religious minorities in Iraq and Syria.

US Secretary of State John Kerry announced in March “Daesh is also responsible for crimes against humanity against these same groups” and ethnic cleansing.

He said that “in my judgment Daesh is responsible for genocide against groups in areas under its control including Izadis, Christians, and Shiah Muslims. Daesh is genocidal by self-proclamation, by ideology, and by actions.”