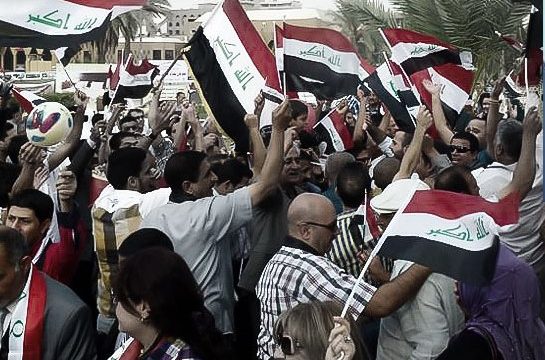 Not wise to storm parliament in this difficult time: Iraqi pundit

Alwaght- The political crisis in Iraq has become complicated even further after some of the members of the parliament staged a sit-in inside the parliament and dismissed the parliament’s speaker Salim al-Jabouri.

The sit-inners also took other steps as they invited the Prime Minister Haider al-Abadi for the parliament session to discuss new cabinet, however, the session was cancelled after absence of some lawmakers and thus missing the needed threshold for holding the meeting.

Meanwhile, some pro-Sadrist Movement protesters stormed Baghdad’s Green Zone- the diplomatic area- and the parliament building, causing a massive confusion across the country.

The Alwaght has conducted an interview with the Iraqi analyst and writer Professor Qasim Hanoon to discuss the consequences of the incident and the very latest developments of the political crisis in the country.

Following is the Translation of the interview, originally conducted in Arabic:

Alwaght: What are the real reasons behind Iraq’s chaotic political conditions?

Hanoon: I think that if some of the MPs have not taken such irrational steps, there was no such critical situation in the country. The popular demonstrations that started from last summer aimed at fighting corruption and pursuing the corrupt politicians and demanding laws in the parliament to re-activate the public services and provide people with opportunities to make living. The protest movement also wanted re-activation of the role of legislative body in the country which is the parliament.  The parliament was passing to other bodies the accusations that were directed to it from the public. If it didn’t do so, it could improve its performance earlier and make laws and adopt mechanisms to fight corruption. However, it, all of a sudden, asked for abolition of the (sectarian and ethnic) quota system based on which it was established over 13 years ago.

This issue could raise some questions. Today we are observing a crisis and a jammed role of the parliament, and we are moving towards an uncertain political direction, and all possibilities are open. I think we need to review seriously all the measures and steps we have already taken and which have proven a failure. The quota system that on which the parliament is presently based was created by the influential parties, the question is that how could the elites, the new coalitions and the new make-up of the parliament accede to a change and a new system?

Alwaght: Today we see this surprising move by the Sadrist Movement which has always asked for reform and realization of the popular demands. Do you think storming the parliament and provoking the people to the streets at such a sensitive time that country is dealing with terrorism is a wise act?

Hanoon: No, of course not. Is it wise to storm the Green Zone in such a complicated security circumstances? I do not think that it is acceptable or favorable to impose demands on the government in such a way. Actually, if we want a new cabinet, we should not ask people to rally to force remove a specific minister or to storm the ministry or storm the Green Zone. This is not logical and does not accord with the principles and efforts for providing security and stability and also with the demands for improving the political conditions in Iraq.

Alwaght: What are the consequences of storming the parliament by the pro-Sadrist Movement protestors? Are there any developments to share with us?

Hanoon: In fact, I have no information about the new developments of the incident, but I think what happened would lead to a chaos in the country, and the results would be dire.

Alwaght: Why did the Sadrist Movement take such a measure with unpredicted results?

Hanoon: I personally don’t understand why the Sadrist Movement did so amid such a situation. The Movement came out carrying demands we were sure they were serious, demands about defending the people’s interests, and demands for pursuing the corrupt politicians. Such demands could be set in front of the government and they could be subject to investigation and prosecution. But all of a sudden, (Muqtada al-Sadr) moved out of the Green Zone, then quitted his sit-in inside the parliament and also pulled ministers out of the government and imposed on the government new choices by pressing for cabinet reshuffle. Then came storming the parliament which I don’t find it justified.

Alwaght: How this chaos could be settled down in a way which could win all political sides’ approval?

Hanoon: The righteous settlement for the crisis is a comprehensive parliament session. And, nothing is wrong with reviewing the idea of choosing the parliament’s presidium; this is favorable and logical. Even the proposed cabinet could be subject to change and proposing the new nominees. Furthermore, the Prime Minister could be subject to change and others could be designated to form a new government. This is the normal way. The current government, which is actually an interim government, could lose the vote of confidence, and new agreed-upon person could be designated as prime minister to form a new cabinet. This is the favorable process which accords with specified parliamentary mechanisms and rules.

Alwaght: Do you think that Prime Minister al-Abadi could deal with the transitional period and drive the country out of the crisis?

Hanoon: I think that al-Abadi showed an obvious weakness in dealing with the reform process and also other complicated cases, and also a failure to accomplish many of his pledges since the past summer. I don’t believe he could work many things out. But perhaps the international and regional powers would agree that it is better for Iraq to stay on the present situation as long as we are in a war with the terrorism and ISIS. Actually, the conditions require stopping on what we are now.

Alwaght: IS anti-ISIS and anti-terror war the reason behind Iraq’s unstable condition?

Hanoon: Perhaps, but I am not sure. In a political system Like Iraq the army and the Public Mobilization Forces should do their job regardless of what is happening in the politics, though the political scene represents the backbone for the battlefield.

Alwaght: Some emerging reports from the fronts suggest that the political crisis in the country has negatively affected the course of anti-terror battle, what do you think?

Hanoon: Certainly, there is a decline, because the political pressures and instability could bring forth unfavorable options, impair the volition of the decision-makers and distract the leaders from fighting against the terrorism.