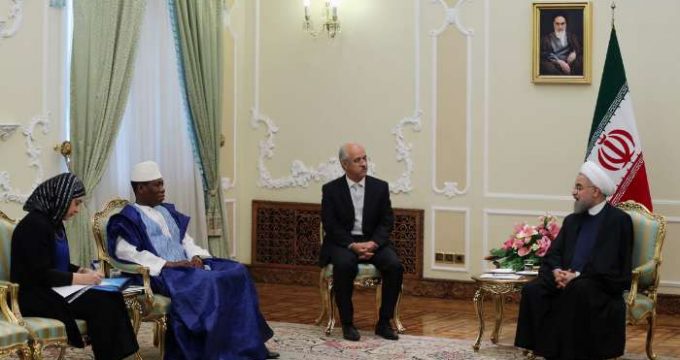 He also called for closer interaction between Iran and the West African nation in the fight against terrorism and settlement of regional and international conflicts.

For his part, Mohamed Sad Ouro-Sama said his country’s president has praised Iran’s role in the establishment of peace and stability in the region and in the war on terrorism.

He also called for promotion of all-out ties between the two countries.

Expansion of relations with African nations in all fields is top on the agenda of Iran’s foreign policy.