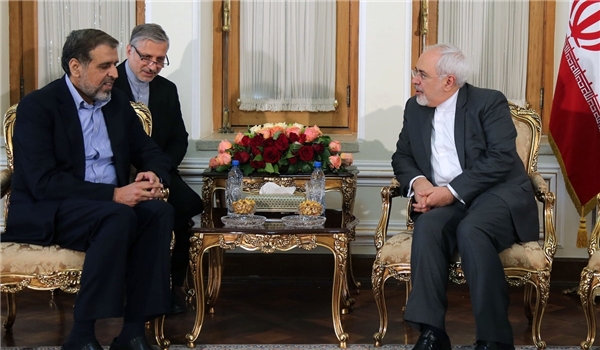 TEHRAN, May 01 (MNA) – Iran’s Javad Zarif has told Palestinian official Islamic world should be focused upon facing the threat of the Zionist regime.

Zarif told the meeting that all Palestinian jihadi groups should be united against their single enemy which is the Zionist regime; “Palestine is the first and foremost issue of the Islamic world and no issue would undermine the place of Palestine among the host of issues the world of Islam faces,” Zarif told the meeting.

“The most important issue should be to face threat of Zionist regime,” Mr. Zarif added. Mr. Shalah for his part presented a full report of the conditions on the ground in Palestine and hailed Iran’s role in solving regional crises.