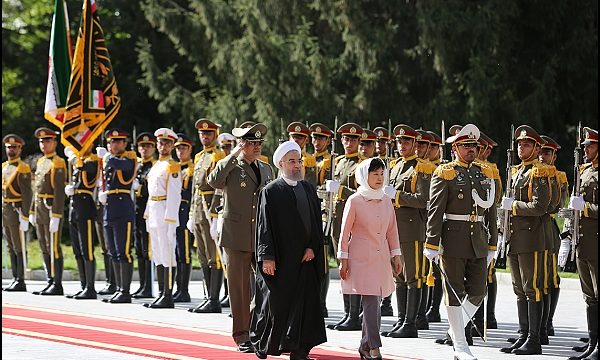 Park said she has asked for Iran’s help in implementing U.N. Security Council resolutions calling for the nuclear disarmament of the Korean peninsula.

The remarks were aimed at North Korea, which has been hit with tough U.N. sanctions over its nuclear weapons program. North Korea has conducted four nuclear bomb tests and tested a long-range rocket earlier this year.

Park arrived in Tehran on Sunday for the first visit by a South Korean president to Iran since 1962.