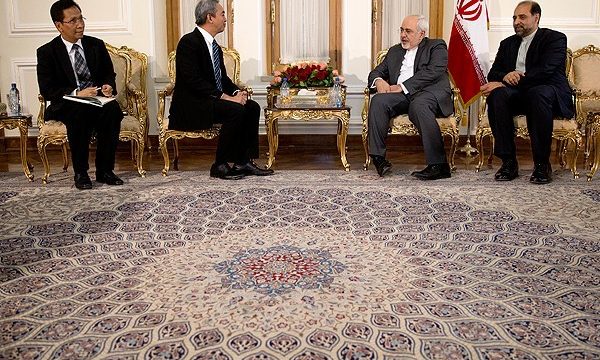 TEHRAN (Tasnim) – Indonesia’s new ambassador to Iran underlined that his country is willing to further promote bilateral relations with the Islamic Republic in diverse areas, including politics and economy.

Speaking at a meeting with Iranian Foreign Minister Mohammad Javad Zarif in Tehran on Sunday evening, Octavino Alimudin hailed close relations between the two Asian countries and their cultural and historical commonalities, and stressed the need to further expand the ties.

“In our mission, we are seeking to develop relations in all spheres and increase reciprocal visits by high-ranking delegations,” he noted.

During the meeting, the Indonesian diplomat also submitted a copy of his credentials to the Iranian foreign minister.

Earlier in March, Zarif paid an official visit to Jakarta as the first destination of his tour of Southeast Asia and Oceania, which took him later to Singapore, Brunei, Thailand, New Zealand, and Australia.

During his visit to Indonesia, the Iranian top diplomat held separate meetings with senior officials of the East Asian country, including President Joko Widodo, on the sidelines of the Organization of Islamic Cooperation (OIC) Summit.

During the meeting, the two sides conferred on the growing ties between Tehran and Jakarta as well as regional issues.