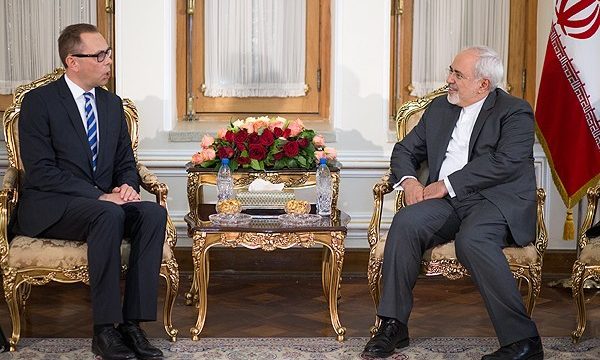 “We are keen to explore new opportunities for developing bilateral relations (with Iran),” Hermann Ingolfsson said after submitting his credentials to Iranian Foreign Minister Mohammad Javad Zarif in a meeting in Tehran on Sunday.

He also said that promotion of tourism and cultural exchanges between the two nations can help deepen the bilateral ties.

Zarif, for his part, described Tehran-Reykjavik relations as having been “always good” and said with the recent nuclear deal between Iran and world powers, new opportunities have been created for bolstering the ties in economic, trade, and banking areas and activating cooperation between the two sides’ private sectors.

There has been growing international enthusiasm for enhanced ties with Iran after Tehran and the Group 5+1 (Russia, China, the US, Britain, France and Germany) on July 14, 2015 reached the agreement on Iran’s peaceful nuclear program and started implementing it on January 16.

The comprehensive nuclear deal, known as the Joint Comprehensive Plan of Action (JCPOA), terminated all nuclear-related sanctions on Iran.