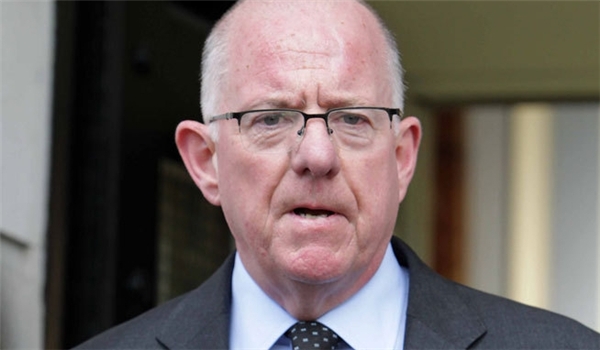 FM: Reopening of Irish embassy in Tehran on agenda

TEHRAN (FNA)- Irish Foreign Minister Charlie Flanagan underscored that his government is thinking of reopening of the country’s embassy in Tehran.

“I am very conscious of the political, economic and trade factors in favor of opening of a resident diplomatic mission in Iran with the primary aim of assisting Irish companies who wish to avail of the new trade opportunities now opening up there,” the Irish Times quoted Flanagan as saying on Monday.

Plans to re-establish an Irish embassy in Tehran are likely to be put before the next government in a bid to cement trading ties with the Middle East’s second-largest economy.

“Ireland’s diplomatic network is subject to ongoing review to ensure that our resources are aligned with the greatest needs and opportunities,” Flanagan added.

Ireland had an embassy in Tehran until 2011, but it was closed as part of wider reduction in diplomatic missions prompted by the financial crisis.

Since the lifting of western sanctions in January, European countries have been courting Iran.

With a population of 80 million, Iran is the largest country to rejoin the global marketplace since the break-up of the Soviet Union in the 1990s.

An Enterprise Ireland delegation will visit Iran in May to scope out possible tie-ups in healthcare, financial services and technology.

Tehran has already signed major trade deals with France, Italy and South Africa, and will host trade missions from Germany and Russia in the coming months.

Ireland’s trade with the country amounted to just under €4 billion last year with the single largest component being fizzy drink concentrate.

In a relevant development last month, Irish Parliament Speaker Sean o’Farrell underlined that his country is ready to do its best to boost all-out ties with Iran.

“There is a need for the expansion of mutual cooperation between Dublin and Tehran,” o’Farrell, head of Ireland’ lower house of parliament, said in a meeting with Iranian Ambassador to Dublin Javad Kachouyan.

“The Irish people are interested in Iran’s culture and civilization,” the Irish parliament speaker said.

He underlined that parliamentary relations between Tehran and Dublin have improved over the past two years, and said, “We hope that in Ireland’s new parliament we will witness further developments of ties.”

Kachouyan, for his part, briefed the Irish parliament speaker of the latest developments in relations between the two countries.

Iran has, on many occasions, stressed that expansion of ties with friendly states stands atop its foreign policy’s agenda.

Last March, Kachouyan underlined that Tehran was ready to expand its mutual cooperation with Dublin in different areas.

“Iran-Ireland relations could be reengineered based on the approach of Iranian government and interests of the two nations,” Kachouyan said.

He noted that expansion of cooperation between Iran and European Union member-states, including Ireland is on the Iranian government’s agenda, and said, “The Islamic Republic of Iran’s foreign policy is based on a peaceful coexistence with other countries.”