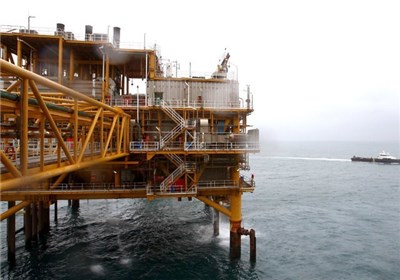 TEHRAN, April 30 (Shana) — Kish gas field is estimated to hold as much gas as five phases of the supergiant South Pars gas field. Kish field is one of the priorities of National Iranian Oil Company (NIOC) for development. The recovery rate of this field, which contains sweet gas, is said to be around 75%, which is of high significance.

Due to existence of gas treatment facility in Kish and availability of gas for injection into Iran’s national trunkline and also for exports, this reservoir has been focused upon by Iranian oil officials. To that effect, Iran plans to develop this field in three phases and bring its production to 5 bcf/d. This is why development of Kish gas field was introduced as an opportunity for investment during the Tehran conference of Iran Petroleum Contract (IPC). This field is so significant for Iran that Iran’s petroleum minister, Bijan Zangeneh, considers development of this field as top priority after joint fields.

Furthermore, the location of this field off the coral island of Kish, which is a tourism hub in Iran, necessitates a careful development of this gas field which is recognized as the second largest gas reservoir in the Persian Gulf. Exploration and drilling operations in this huge gas field are under way in such a way that the island’s environment would not be damaged.

For that purpose, six Cluster A wells near the airport as well as the wells of Cluster B have been drilled directionally in order to occupy the minimum space on the island and prevent significant changes in the form of this tourism island. Furthermore, the treatment installations of this gas field have been moved to Aftab Port in order to avoid air pollution in the Island. The sour gas produced for refining is piped to Aftab Port for sweetening before being returned to Kish Island for consumption.

Development of Kish gas field has outstanding features which bring about complications and delays.

Abdorreza Haji Hosseinnejad, CEO of Petroleum Engineering and Development Company (PEDEC), recently announced the inauguration of the first phase of this gas field in the near future, but there has been also talk of delay in this gas field. This reservoir is now expected to be developed after some technical obstacles are removed and necessary equipment is supplied.

Regarding the latest status of development of this gas field, Haj Hosseinnejad said: “Currently, all projects of Phase 1, except for processing, have become active and drilling of 13 onshore wells is under way.”

“In Phase 1, drilling of 12 production wells, repairing one exploration well, laying of subsea pipelines and sweetening facilities, gas condensate recovery, establishment of low-density gas pipeline, gas condensate export installations and treatment facilities with the capacity of 28 mcm of sour gas with the objective of recovery of 26 mcm/d of gas and 13,000 b/d of condensate have been envisaged,” he added.

Haj Hosseinnejad said onshore installations and subsea pipeline for the development of Kish gas field are being completed.

He added that a two-year usance contract has been signed with a domestic company for the construction of power plant.

Located southwest of Lengeh Port and northwest of Siri Island, Kish gas field is 60 kilometers east of Lavan Island. It holds around 38.3 tcf of gas and 398 million barrels of gas condensate.

Gas is to be gathered and transmitted to Aftab Port where the refinery is located. All gas produced from Kish will be pumped to the Aftab Port refinery to be desalted before being injected into national trunkline for consumption.

The objective behind the development of the first phase of Kish gas field is production of 1 bcf of gas, gas refining at the Kish refinery to be used for domestic consumption as well as production of 11,300 barrels of gas condensate for exports. Drilling of onshore wells is to reach 85% while onshore pipeline will be 83% complete by the end of the second month of calendar year.

The Kish gas field is estimated to contain 48 tcf of gas held at the depth of 4,400 meters. This amount of gas is currently valued at $300 billion. If the international gas price is taken into account, this figure will jump to $500 billion. The thermal value of gas and its products is also estimated at $750 billion. Preliminary studies indicate that up to 5 bcf/d gas would be recovered from Kish field.

According to the latest reports, development of the first phase of Kish gas field is making satisfactory progress and drilling is mostly done in this phase. Reconsidering the design of the first phase development of this gas field in order to eliminate energy-consuming processes and replacing them with processes with lower energy consumption are on the PEDEC’s agenda.

In the development of Kish gas field, several processes have been indigenized thanks to international sanctions. In gas sweetening, a project is under way in cooperation with the Research Institute of Petroleum Industry (RIPI) for regulation of water and hydrocarbon dew points. This project is said to be economical.

In coincidence with the first phase development of Kish gas field, building offices, camp and guesthouse is being severely pursued in this region. The construction of camp in Aftab Port has reached 70% progress, while offices and guesthouse are more than 80% complete.