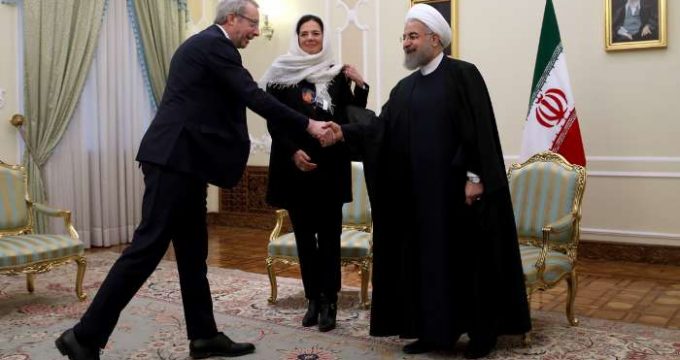 Iran highly concerned about terrorists’ use of chemical weapons

“Terrorism is a major danger to the entire world and it should be fought against wherever it is and whatever its slogans are; the terrorists shouldn’t be divided into good and bad terrorists for the sake of short-term interests,” Rouhani said in a meeting with President of the Senate of Belgium Christine Defraigne in Tehran on Saturday.

He warned of the terrorists’ acquisition of chemical materials, and said, “Their access to chemical weapons is very terrifying and the Islamic Republic of Iran, as one of the victims of chemical attacks, fully understands this danger because thousands of our people who have sustained chemical weapons injuries are still suffering.”

Stressing the need for cutting the terrorists’ financial and arms resources, Rouhani said, “We shouldn’t allow the terrorists to plunder Iraq and Syria’s oil and ancient artworks and sell them in specified markets easily.”

Earlier this month, spokesman for Syrian Kurds said that gas poisoning cases had been reported by the civilian population and Kurdish militias after an attack on Aleppo by terrorist groups on April 6.

Jaysh al-Islam group took responsibility for the shelling of Aleppo and stated that it had deployed “forbidden” weapons. The group, however, did not specify whether it used chemical agents.