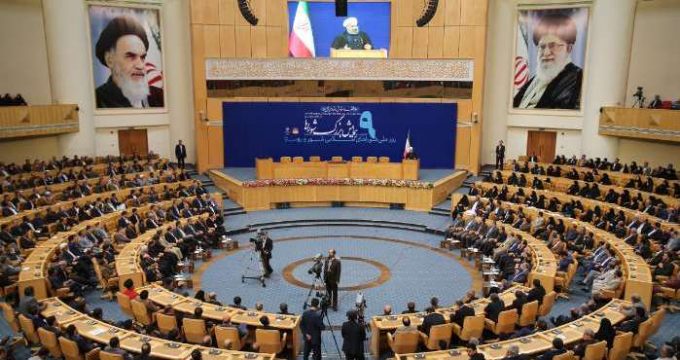 Iran’s President pledges push to recover money seized by US

TEHRAN (Tasnim) – Iranian President Hassan Rouhani on Thursday said his administration will spare no effort to get back the Central Bank of Iran’s assets that the US has recently seized under an “illegal” court ruling.

The president held the US government accountable for violating the rights of the Iranian nation and government, after Washington’s recent decision to seize nearly $2 billion of the Central Bank of Iran’s assets on baseless charges of Tehran’s role in a bombing that killed US Marines in Lebanon more than 30 years ago.

Iran’s chief executive underscored that the financial sources belonging to the central banks of countries should be immune from seizure, stressing that any ruling issued by a foreign court on those assets is “definitely illegal”.

Pledging efforts to return Iran’s money, President Rouhani said the cabinet has set up a task force to address the issue and let people know about the results.

On Wednesday, the president had also denounced the US move as “a blatant robbery and a major legal scandal for the US.”

Last Wednesday, the US Supreme Court upheld the Congress and President Barack Obama’s actions to hold Iran financially responsible for the 1983 bombing that killed 241 Marines at their barracks in the Lebanese capital of Beirut.

In 2012, the US Congress passed a law that specifically directed the American bank to turn over the Iranian assets to victims’ families. Obama also entered the battle in an effort to force the payments on Iran.