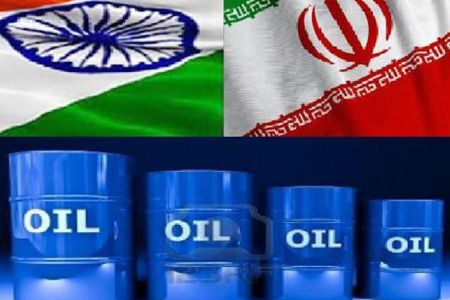 India likely to pay interest to Iran on accumulated oil dues to compensate for the loss incurred due to foreign exchange volatility.

India owes $6.5 billion to Iran as accumulated dues for oil imports. Since Iran is incurring a loss if India pays the dues in sync with the then foreign exchange rates, Iran has sought compensation in terms of interest payments, to which India has agreed.

Sources from the Ministry of Petroleum & Natural Gas told Sputnik, “Iran seeks some relief from losses incurred due to foreign exchange volatility. India has agreed to compensate with interest on the accumulated amount, but the rate at which dues can be paid is under discussion.”

The issue is likely to be sorted out before Indian Prime Minister Narendra Modi’s upcoming visit to Iran. Iranian Central Bank Governor is likely to visit New Delhi to finalize the moralities of payment. Nevertheless, Iran has made it clear that they are not in hurry to collect the dues.

It is understood that Iran raised this issue during Minister of Petroleum & Natural Gas Dharmendra Pradhan’s meeting with Iranian Central Bank Governor Valiollah Seif in Tehran. Iran has sought interest on accumulated dues and wants India to pay in euros.

Since 2013, Indian refiners were paying 45% of the import bill in Indian rupees and the remaining 55% had been accumulating, pending finalization of a payment mechanism. With the lifting of western sanctions, Iran reconnected to the SWIFT international payment system, paving the way for receiving the $6.5 billion of blocked oil payments from India.

Belgium-based SWIFT, which provides banks with a system for moving funds around the world, recently allowed Iran to use its network for money transfers.

Meanwhile, Indian traders are now expecting to encash the goodwill India generated while dealing with Iran during the sanction period. They are pushing the government to resolve all potential hurdles that may obstruct future trade with Iran. They want the Reserve Bank of India to soon finalize a payment mechanism through which they can collect their dues from Iran.

President of the Federation of Indian Exporters Organization S C Ralhan says, “Many of the exporters received payment in US dollars for exports to Iran which has not been materialized as RBI is yet to issue instructions for settlement of trade transactions subsequent to restoration of SWIFT. RBI has suggested to route them through the rupee payment mechanism. The delay is costing Indian exporters, and in a few cases, the payment in foreign exchange has to be remitted back in view of the absence of guidelines by RBI.”

The bilateral trade between India and Iran during the fiscal year 2014-15 was over $13 billion. India imported $8.95 billion worth of goods, mainly rude oil and exported commodities worth $4.17 billion.