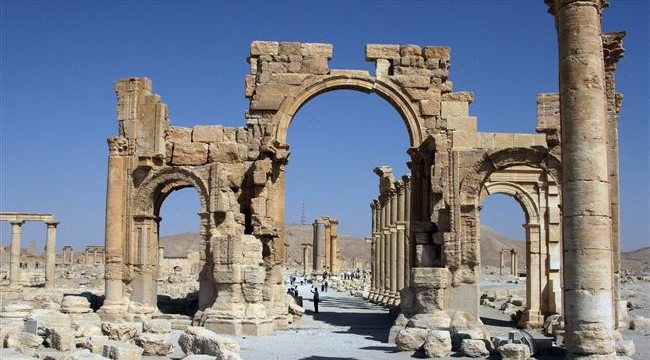 DAMASCUS, Apr. 27 (MNA) – Syrian Minister of Culture, Issam Khalil, together with a delegation of the United Nations Educational, Scientific and Cultural Organization (UNESCO), assessed the ancient city of Palmira, damaged during the occupation of the terrorist group, ISIL.

Meanwhile, Cristina Menegazzi, chief of the project for urgent safeguard of the Syrian heritage of UNESCO, said he would do everything possible to restore Palmyra through cooperation with the Government.

The city, located at about 250 kilometers northeast of Damascus and in the middle of the Syrian desert, was occupied by terrorists from mid-2015 to March 27th, when it was freed by the Army.

After intense de-mining by Russian and Syrians experts, the old part of the city, declared a World Heritage Site in 1980, has been subjected to extensive documentation research and analysis in order to start full restoration.