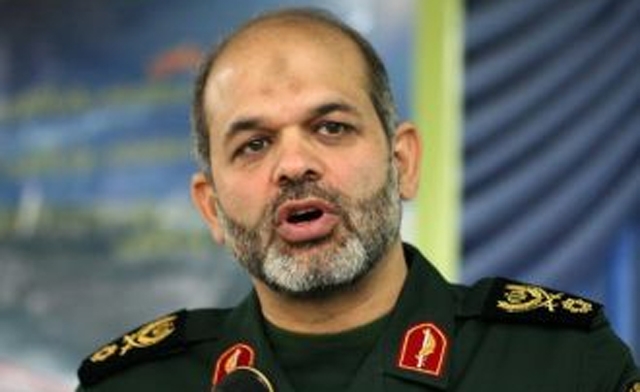 Tehran, April 27, The Iran Project – Head of Iran’s Center for Strategic Defense Research has said Syrian government and nation’s resistance have led to failure of the operation to topple Syrian president Bashar al-Assad.

Vahidi further stated that some of the projects which designed in line with these plans like overthrowing the legitimate government of President Bashar al-Assad which has been seeking by The US and Israel were failed in light of the resistance of the Syrian government, the nation and the decisive role of Axis of Resistance.

Syrian government forces patrol in the village of Khan Tuman on the southern outskirts of Aleppo City on April 11, 2016 following clashes in the area with Takfiri militants the previous night. (© AFP)

Taking benefits from the regional instability, US officials try to take advantage of this situation as much as possible and seek to establish a new order in the region in which they curb Iran’s political influence, Vahidi stressed.

Syria has been grappling with a deadly conflict it blames on some foreign states for more than five years.

According to a February report by the Syrian Center for Policy Research, the conflict has claimed the lives of over 470,000 people, injured 1.9 million others, and displaced nearly half of the pre-war population of about 23 million within or beyond Syria’s borders. The observatory, however, puts the number at about 270,000.