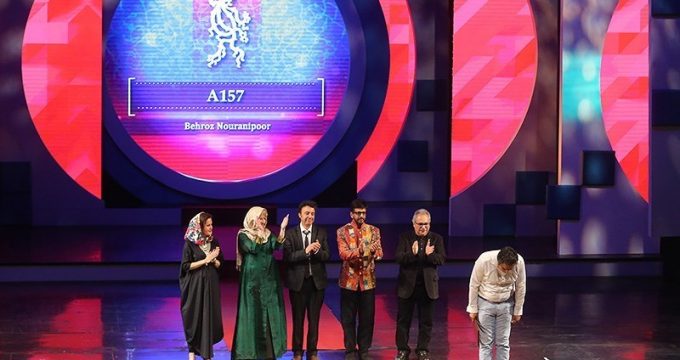 Also present in the ceremony were Hojatollah Ayoubi, Head of Iran’s Cinema Organization, Reza Mirkarimi, Secretary of the festival and Reza Kianian, president of the festival’s congregation center, wrote the Public Relations Office of the 34th FIFF on its website.

Mirkarimi who is expected to keep his capacity as the secretary of the 35th international film festival offered his congratulations to the winners and wished for a more magnificent Fajr International Film Festival next year.

“I should say hello to the 35th festival,” he said during his short speech.

“I promise that next year we will have a more glorious event,” he said, expressing regrets for the shortcomings.

One-hundred and 50 international guests from 20 countries, with more than ten film directors, participated in different sections of the six-day event.

The closing ceremony also saw the distribution of awards among the festival winners.

“Golden Simorgh” (Phoenix) and a cash prize of Iranian Rials 300,000,000 for best film went to “Rams” directed by Grimur Hakonarson co-produced by Iceland and Denmark.

“Silver Simorgh” and a cash prize of Iranian Rials 100,000,000 for best director were awarded to “Frenzy” directed by Emin Alper from Turkey, France and Qatar.

“Silver Simorgh” and a cash prize of Iranian Rials 100,000,000 for best actress went to Pantea Panahiha for her acting in “Breath” directed by Narges Abyar from Iran.

“Silver Simorgh” and a cash prize of Iranian Rials 100,000,000 for best actor went to Sigurour Sigurjonsson, and Theodor Juliusson for acting in Grimur Hakonarson’s “Rams”.

Also “Amama” (When a Tree Falls) directed by Asier Altuna Iza from Spain was granted “Silver Simorgh” for best script.

Special Mention went to “A157” directed by Behrouz Nouranjipoor from Iran.

“Love Marriage in Kabul” directed by “Amin Palangi” from Australia and Afghanistan also collected Trophy and Diploma of Muhammad Al-Ameen Award for Reflection of Prophetic Ethics and Morality section.