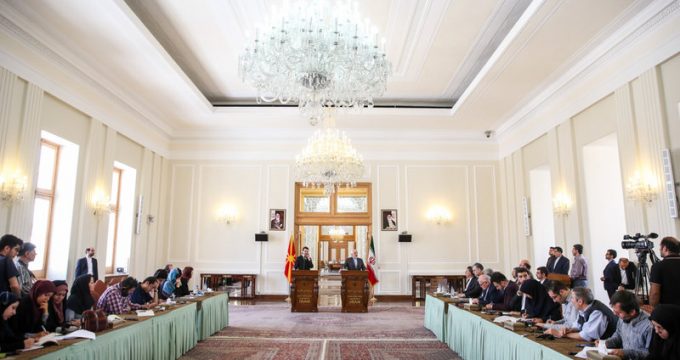 Talking in a joint press conference with Iran’s Foreign Minister Mohammad Javad Zarif on Monday, he noted that despite many rounds of talks so far, the only conclusion is that there is no military solution to the crises.

Elaborating on the problems refugee-seekers face in their way to Europe, he said Macedonian borders are the only gateways for these to get into Europe.

Poposki arrived in Tehran on Sunday for a two-day visit.

He met with President Hassan Rouhani and palrliament Speakder Ali Larijani this morning.