A Look at Iranian Newspaper Front Pages on Apr. 25

IFP has taken a look at the front pages of Iranian newspapers on Monday and picked headlines from 20 of them. IFP has simply translated the headlines and does not vouch for their accuracy.

The state visit by South African President Jacob Zuma and his meetings with the Leader of the Islamic Revolution Ayatollah Seyed Ali Khamenei and President Hassan Rouhani received a lot of coverage across Iranian media.

The recent controversial remarks by Central Bank of Iran (CBI) Chief Valiollah Seif – who pinned the blame on Mahmoud Ahmadinejad’s government over the US seizure of Iran’s frozen assets – also continued to garner reactions from different factions. 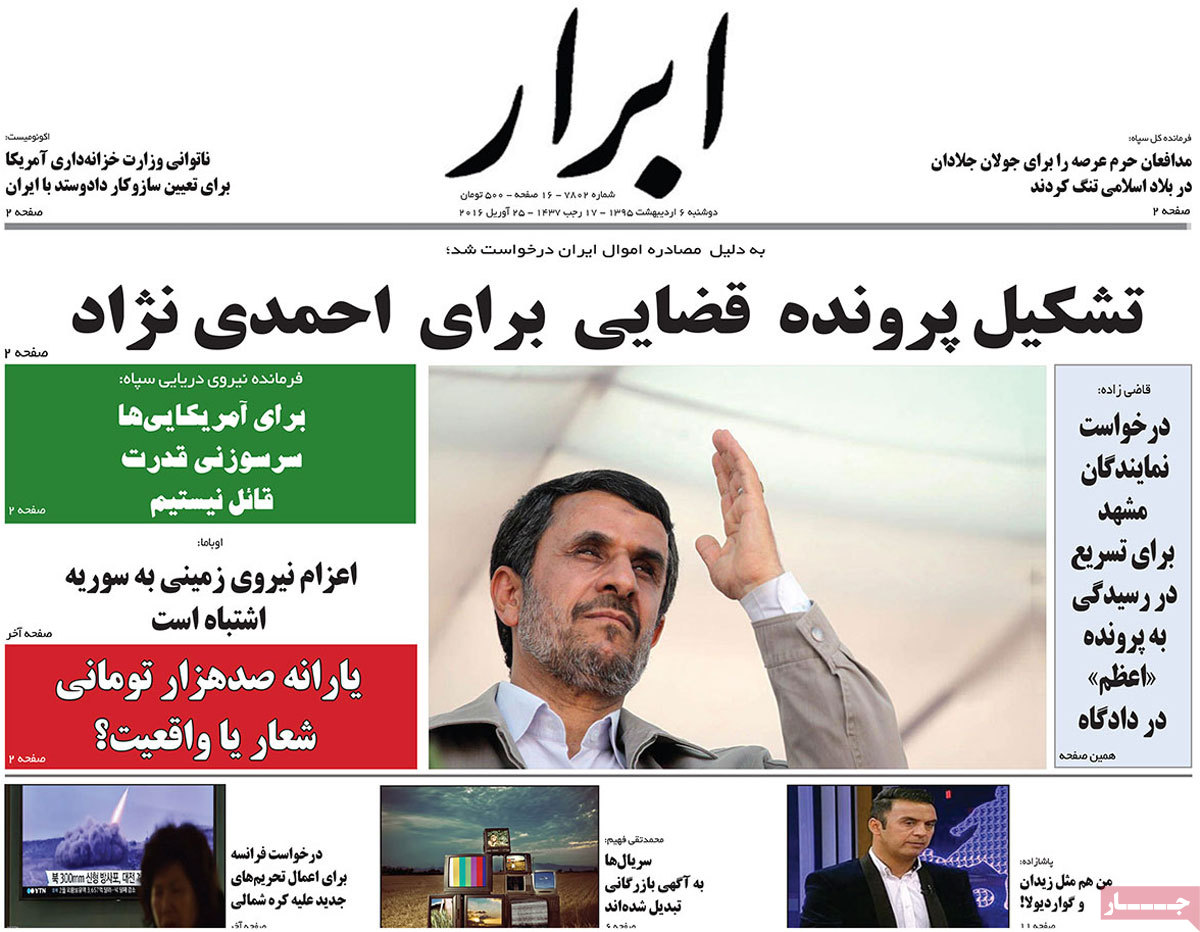 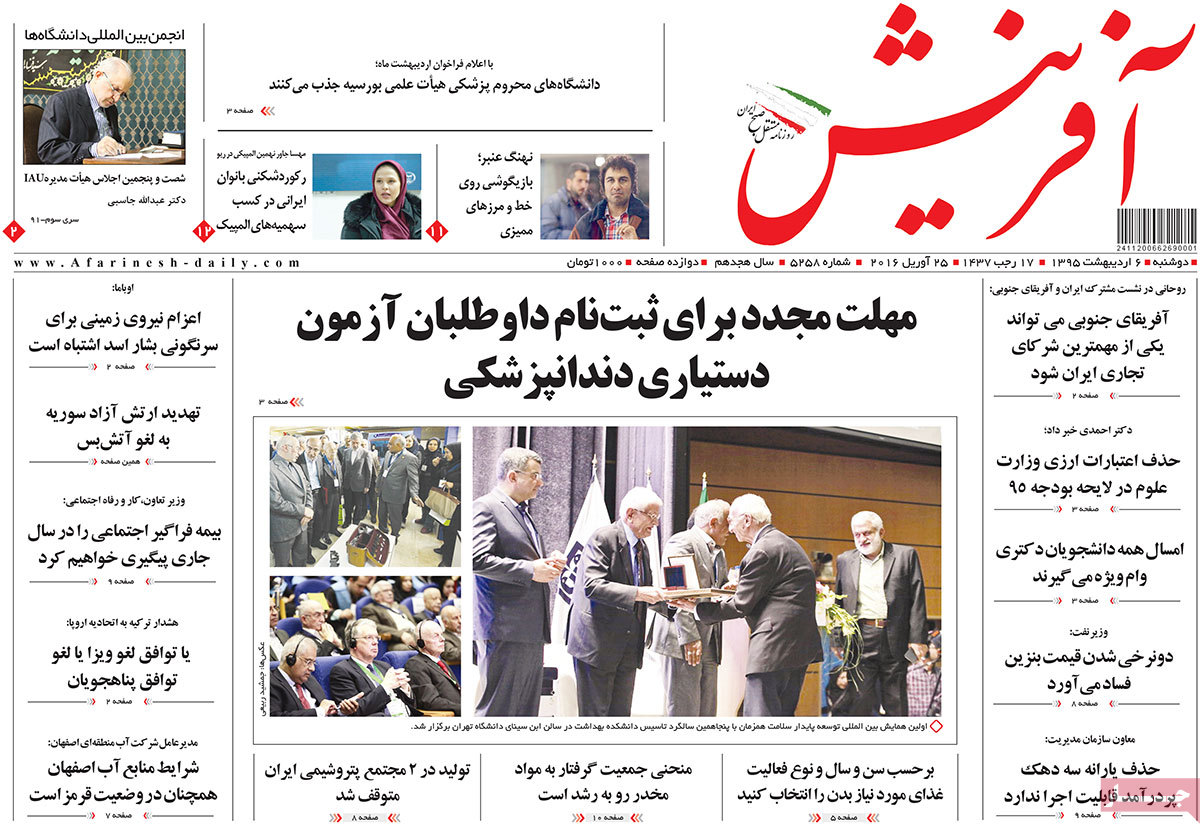 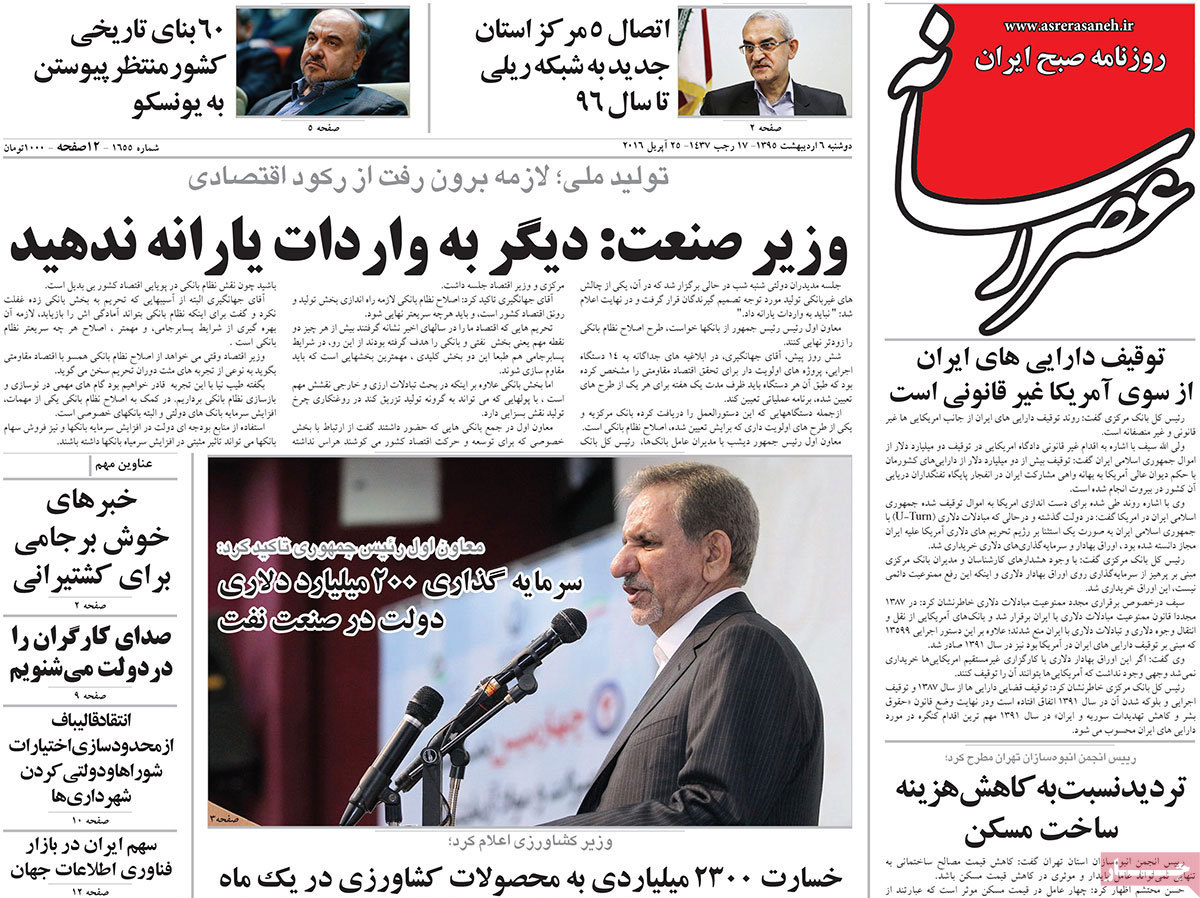 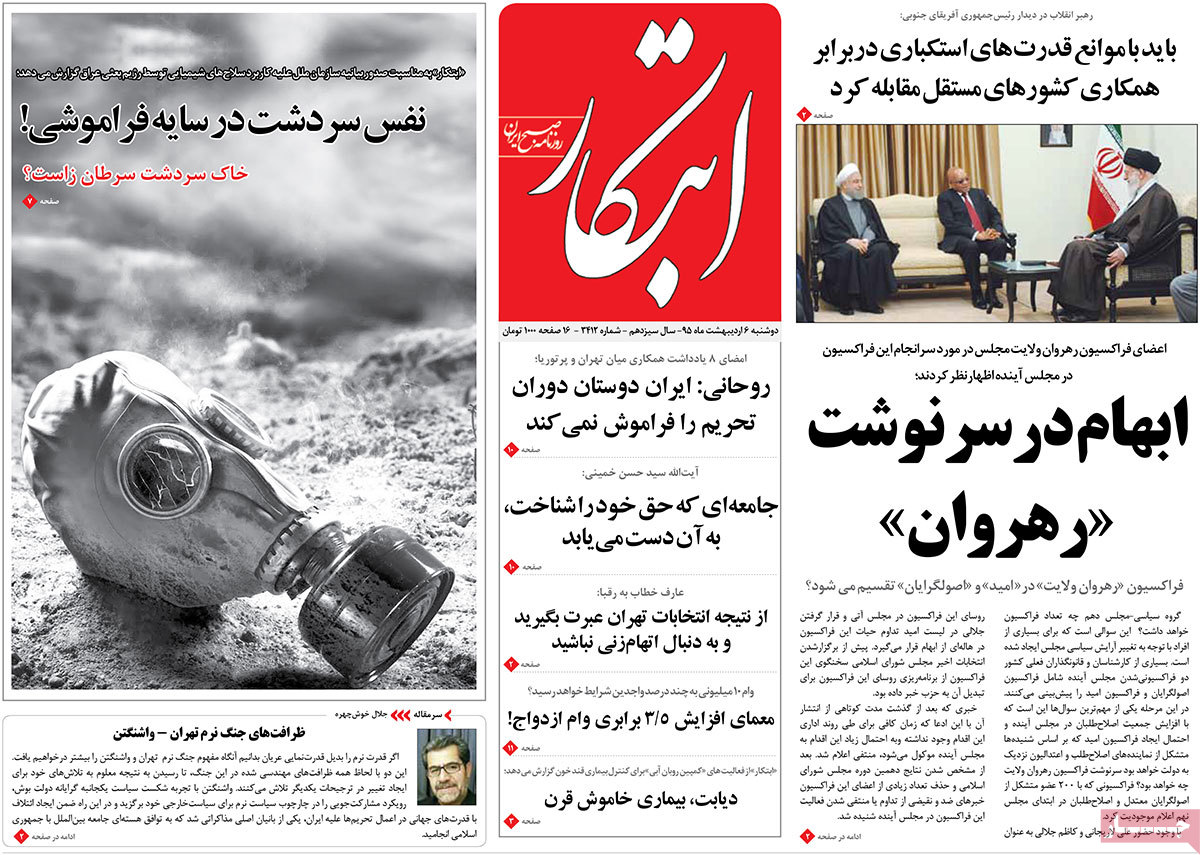 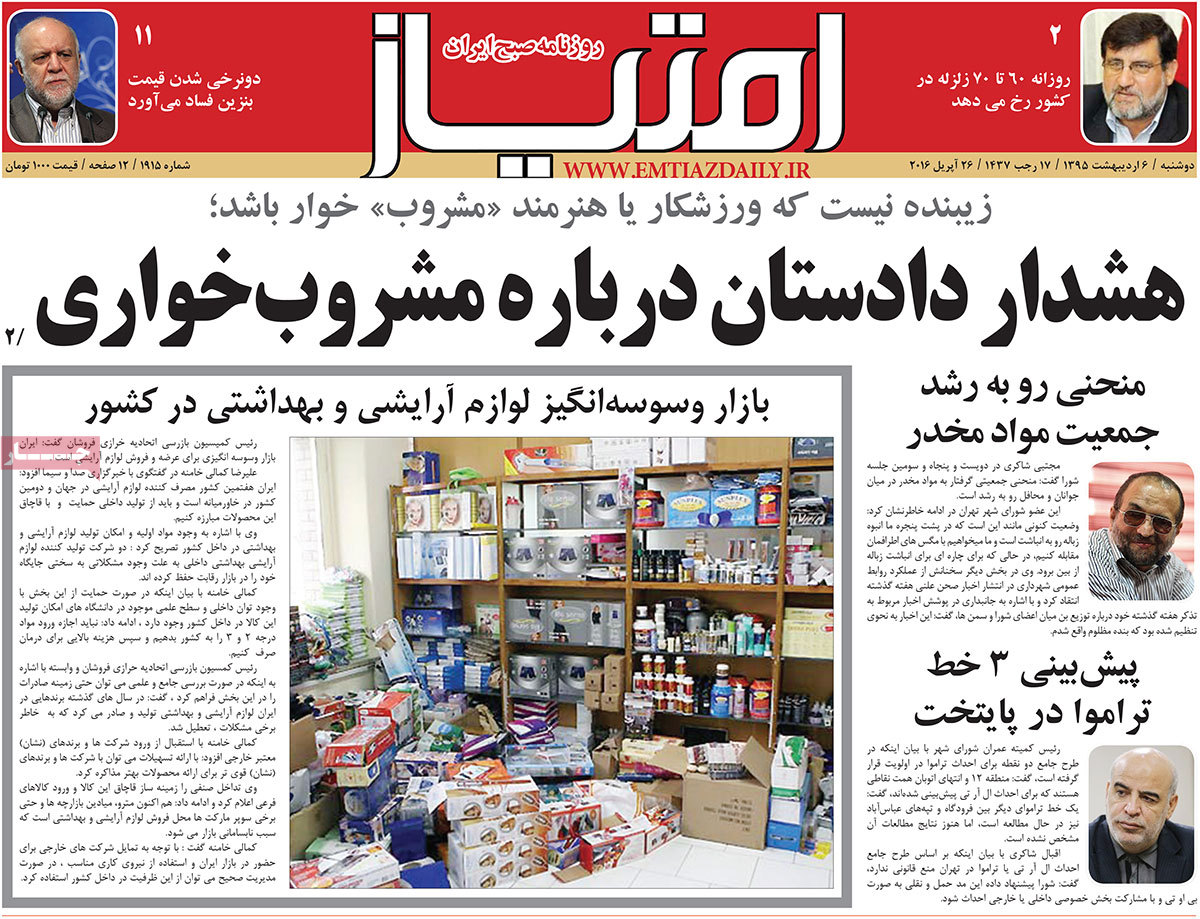 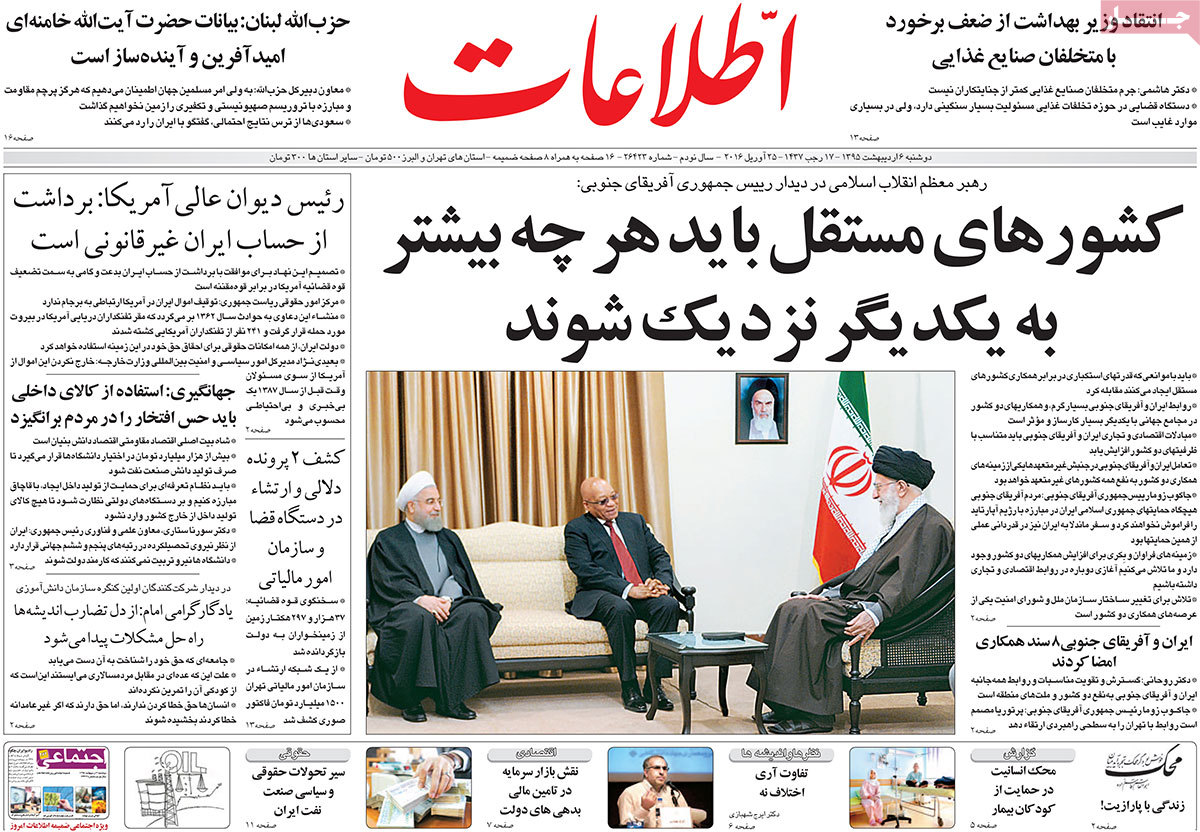 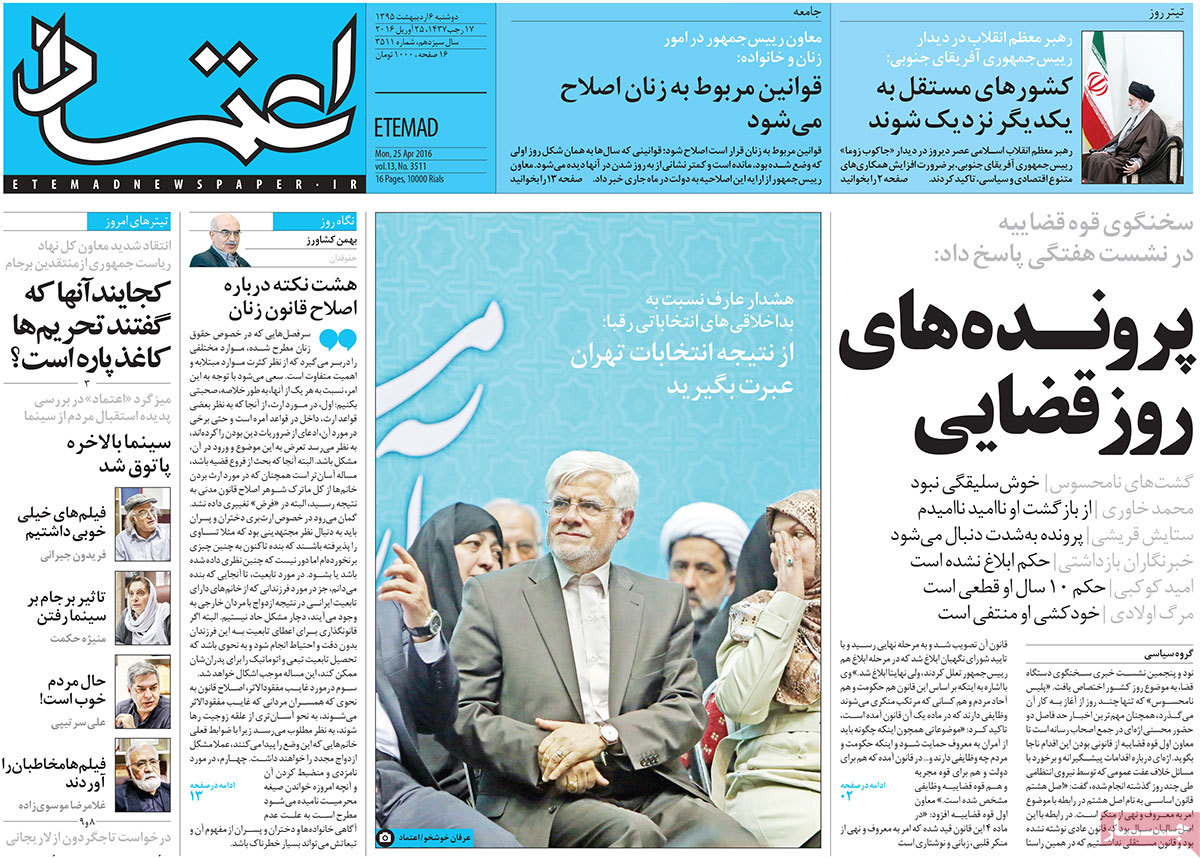 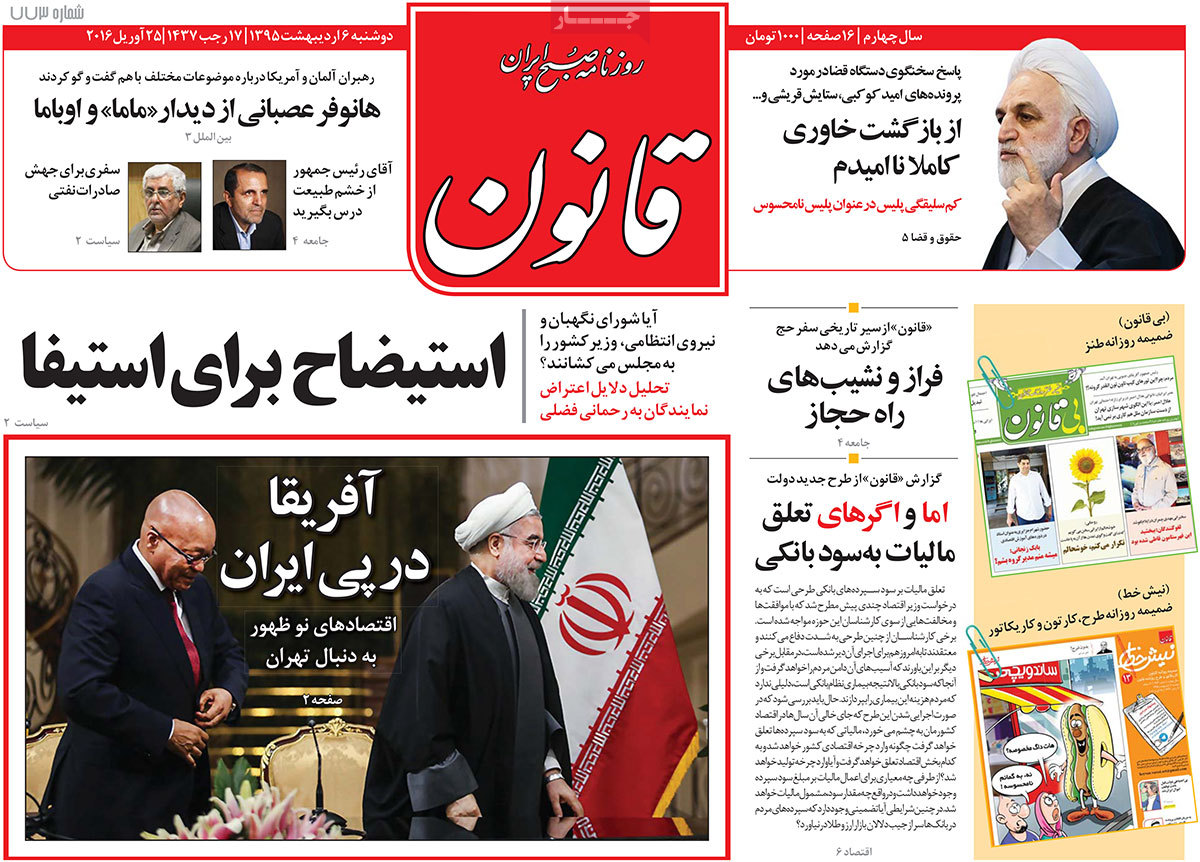 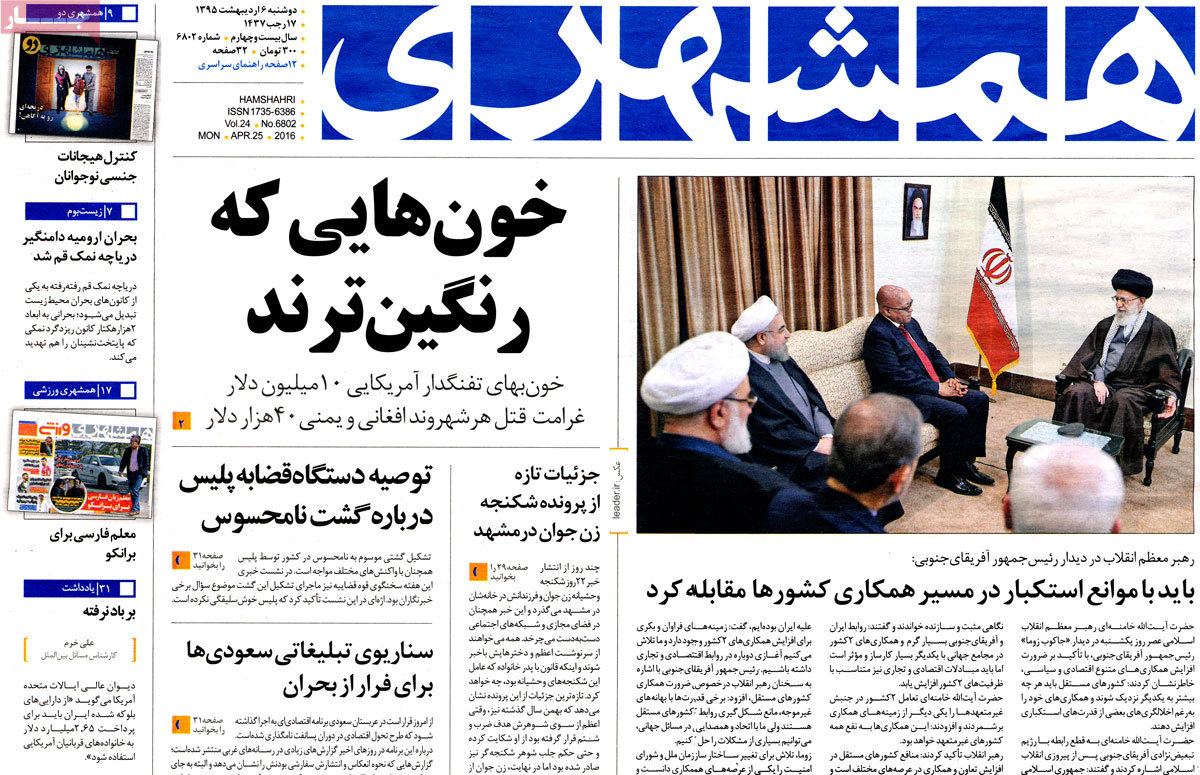 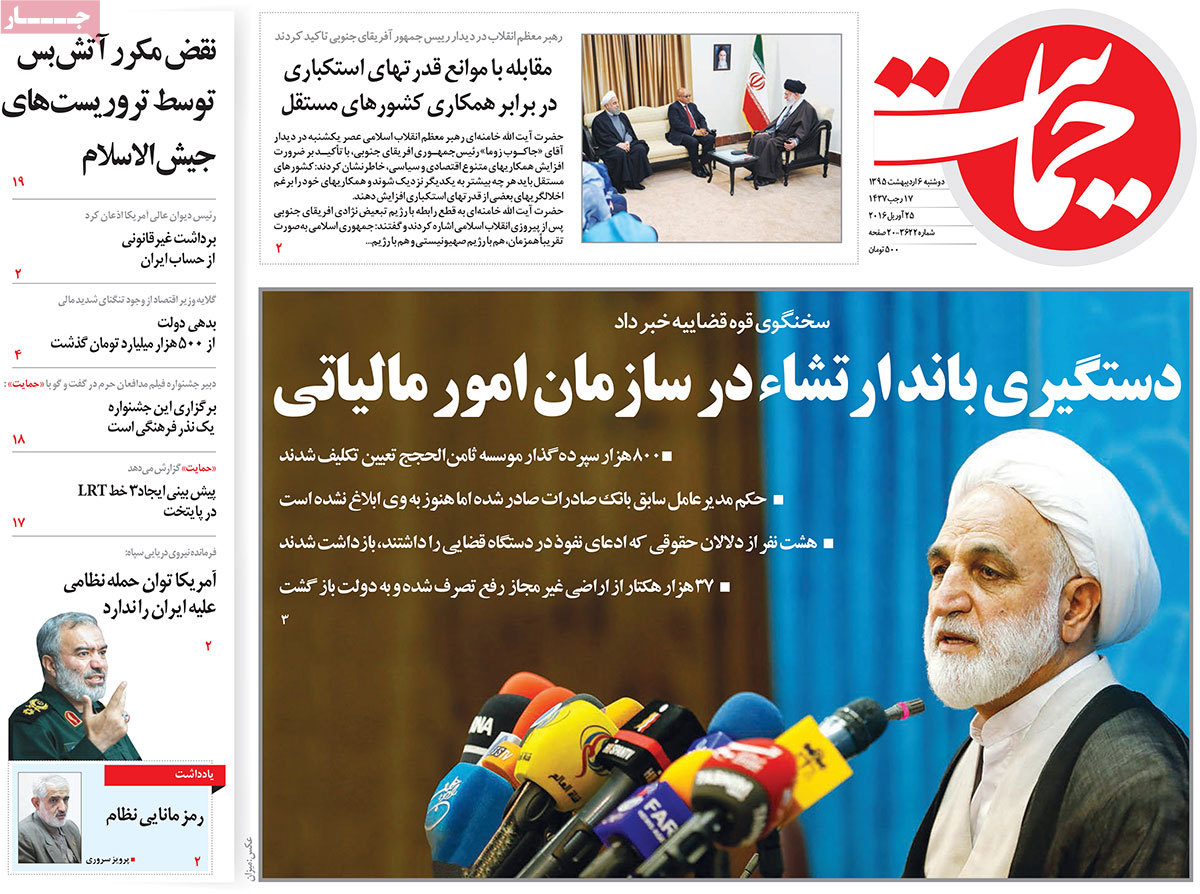 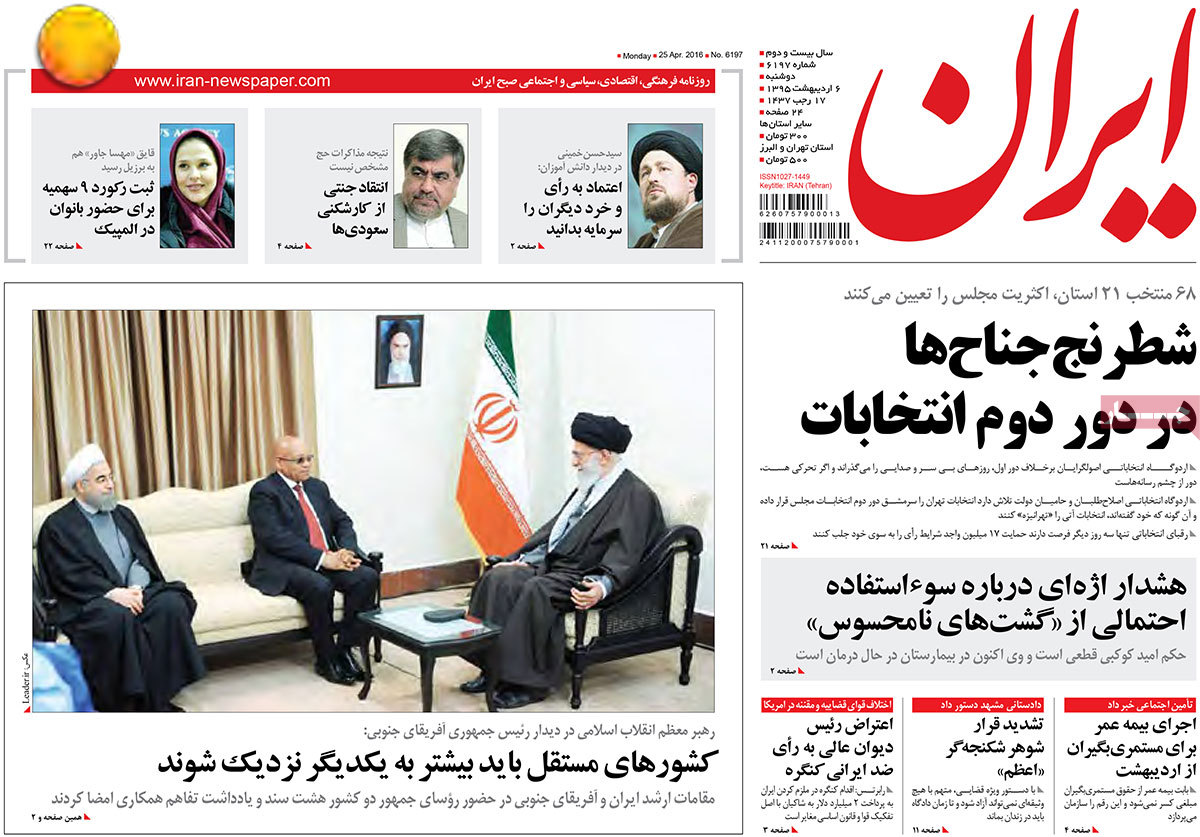 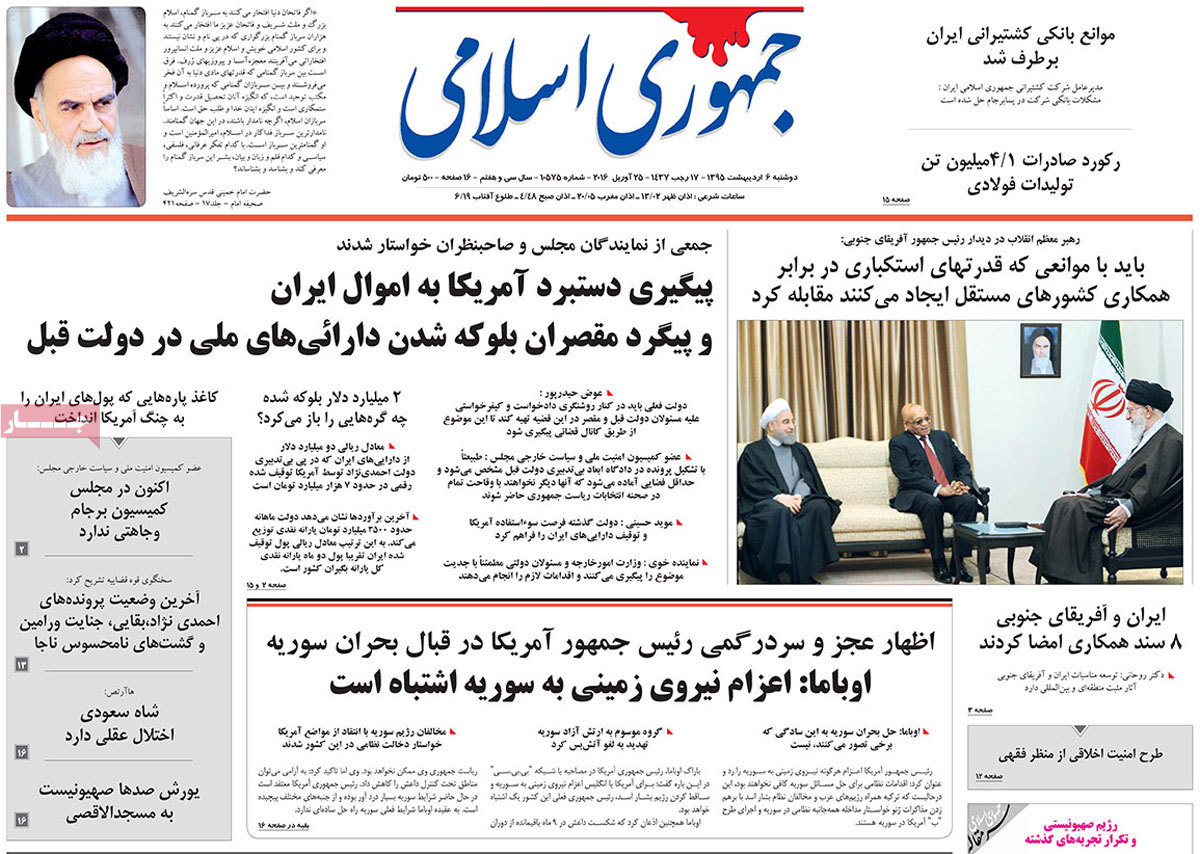 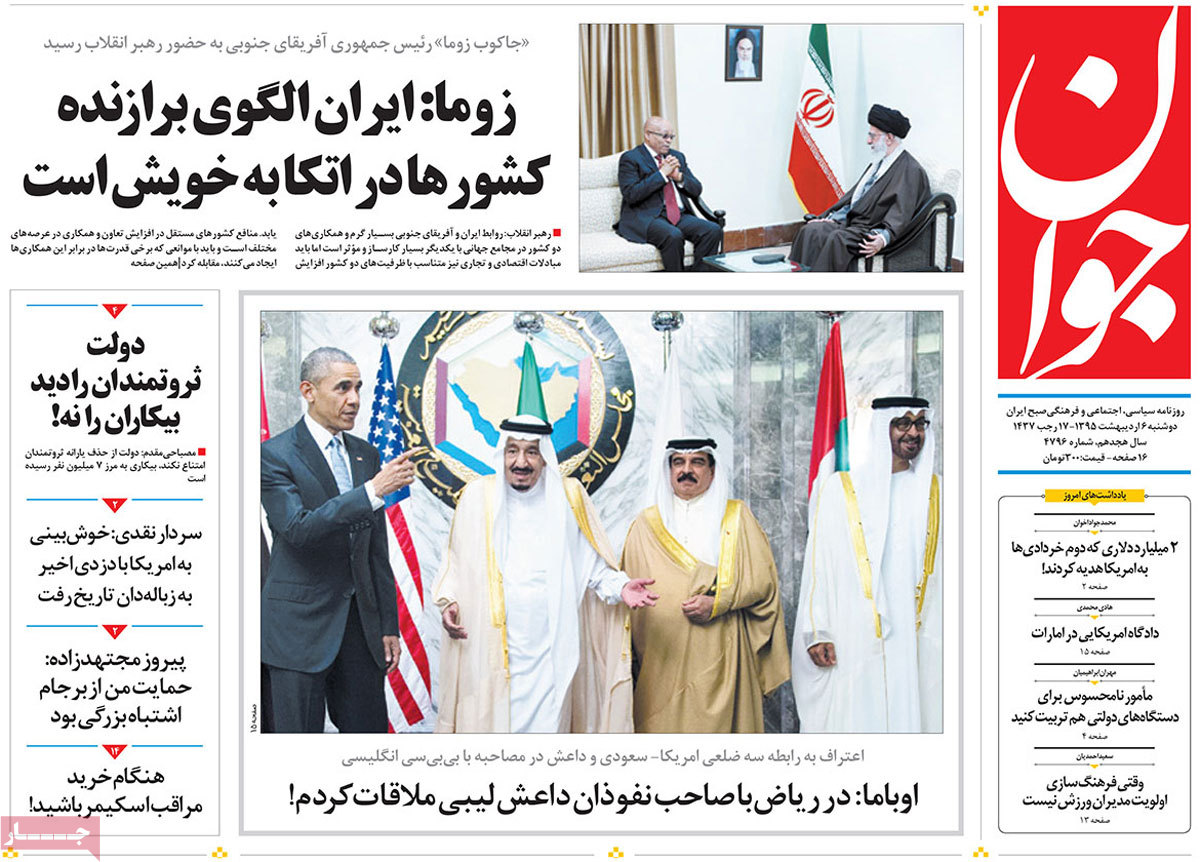 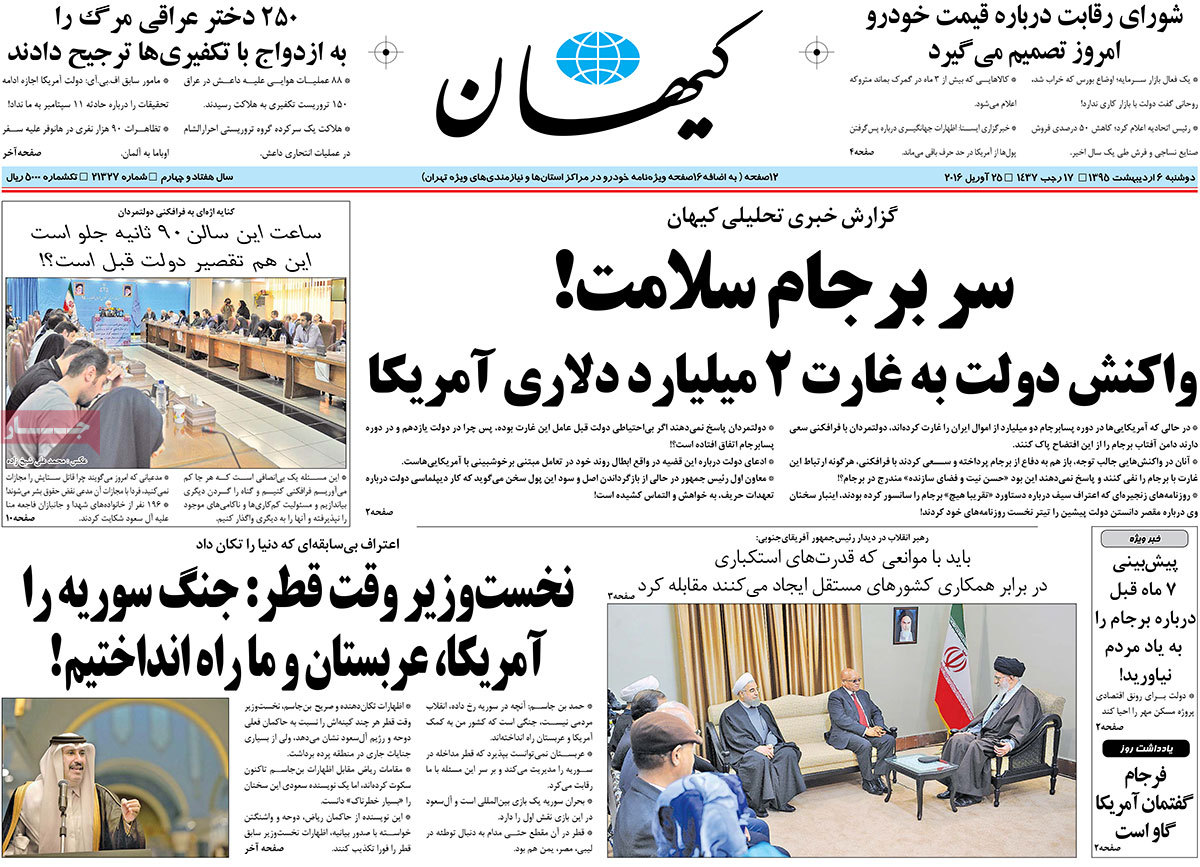 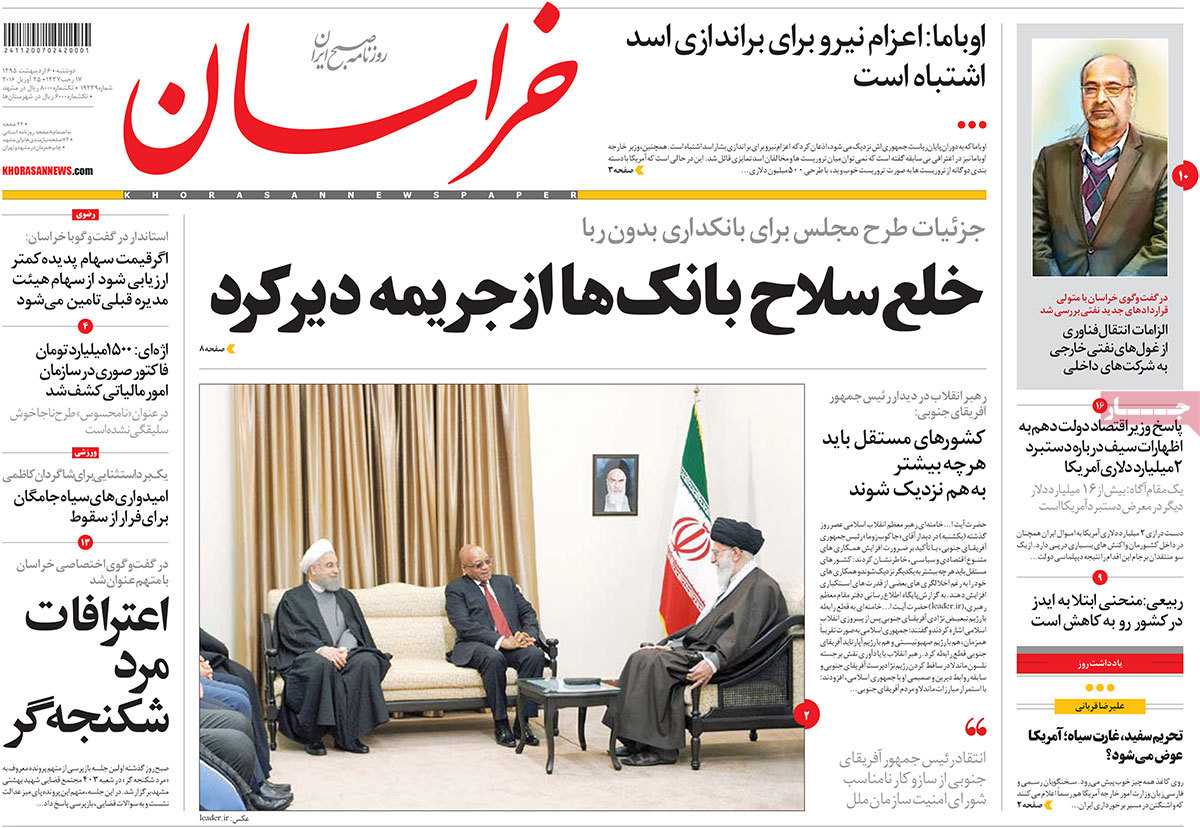 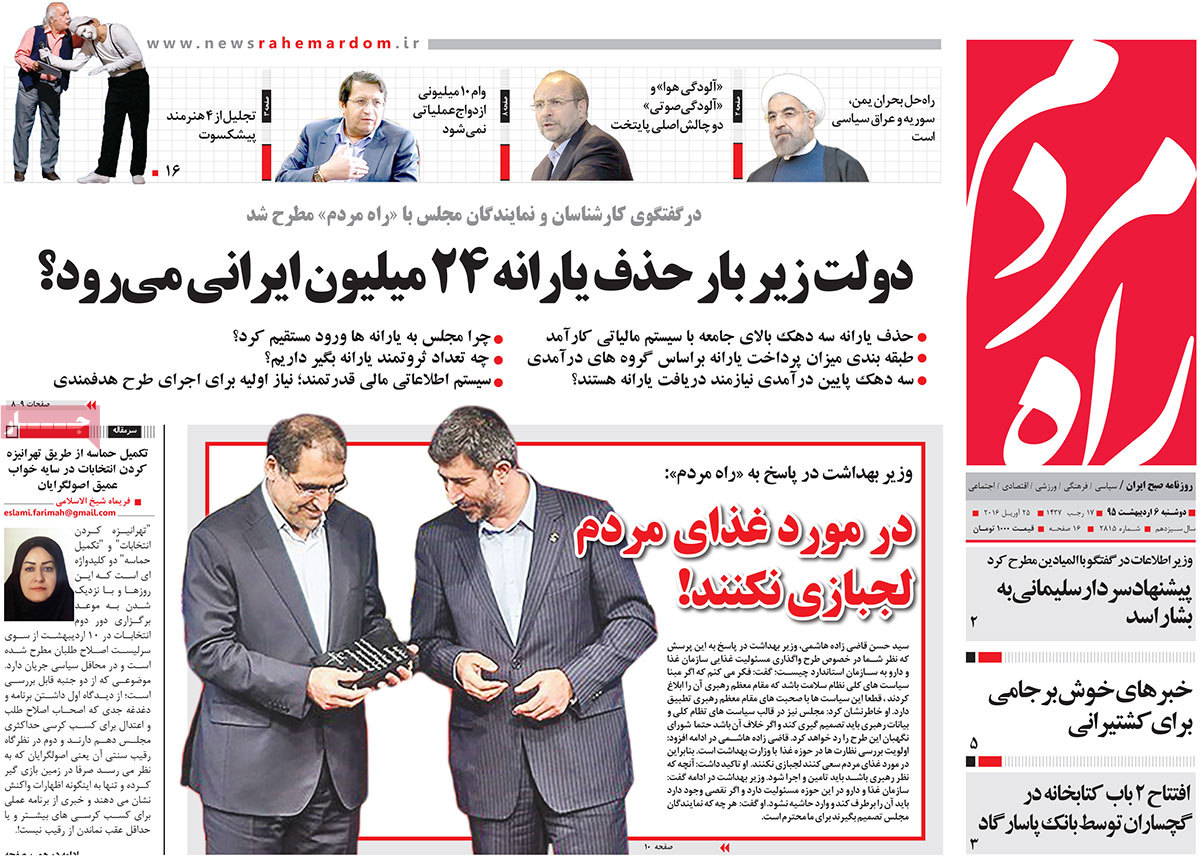 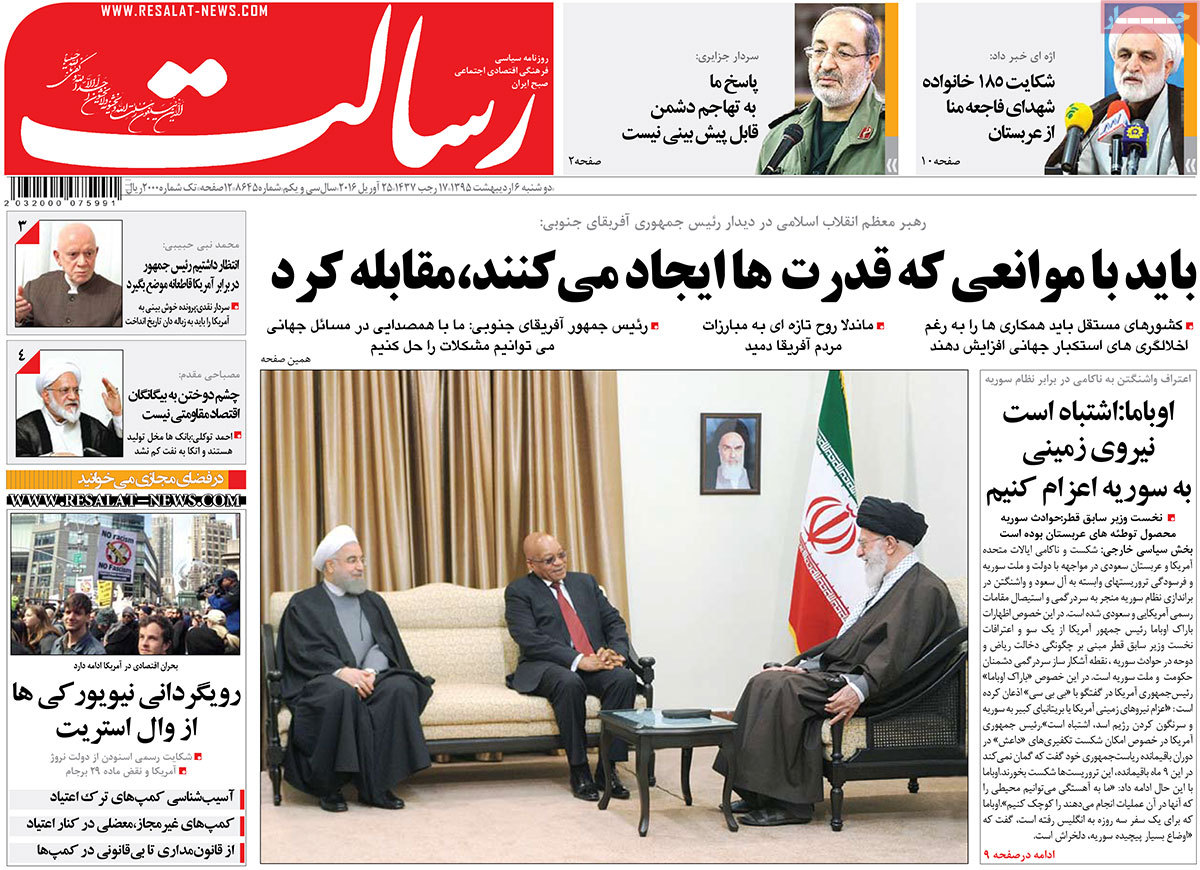 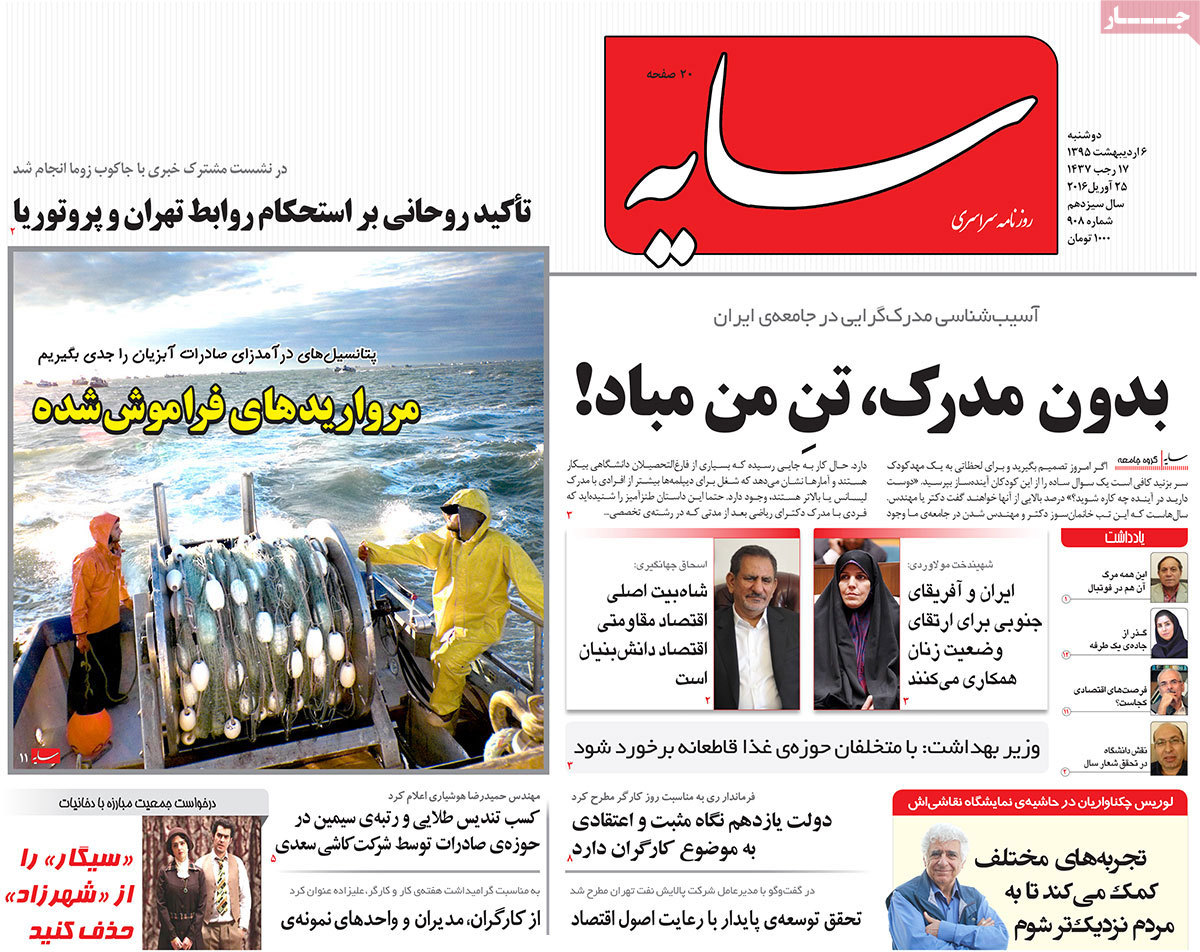 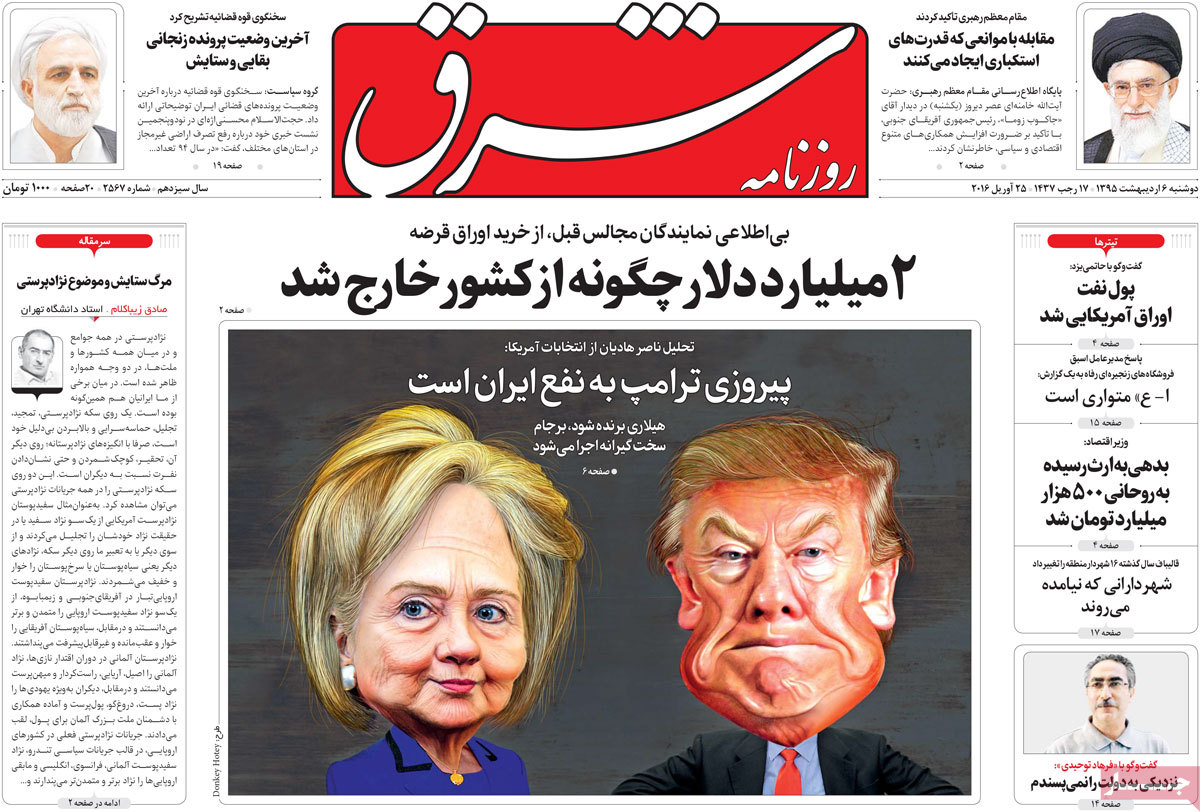 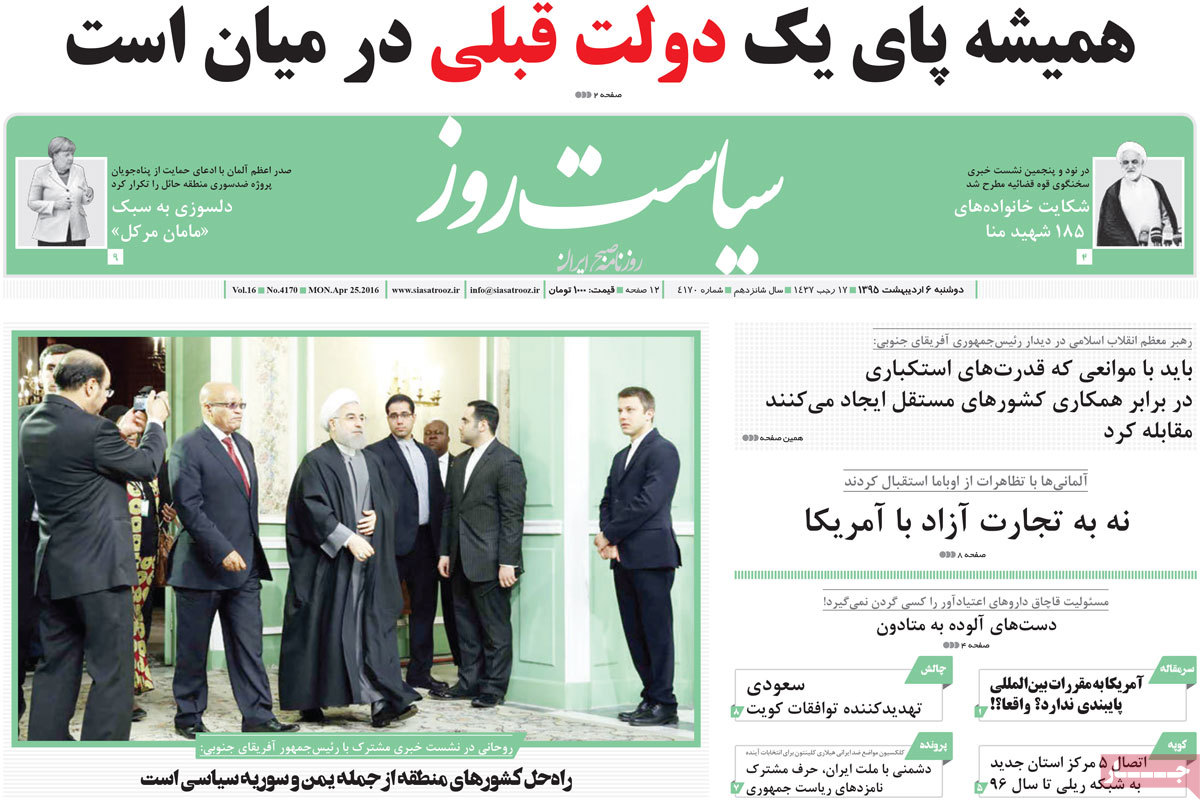