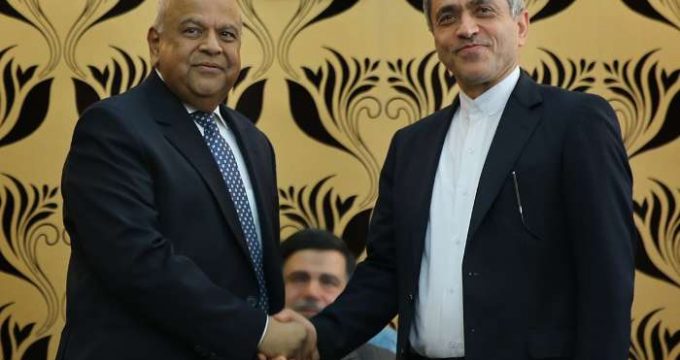 TEHRAN, Apr. 24 (MNA) – Iran economy minister has announced that an Iranian bank is seeking to establish a joint bank in South Africa.

“Iran and South Africa mark the largest and most powerful countries in the Middle East and the southern Africa,” noted the official asserting “despite the existence of positive and constructive political ties, the volume of trade turnover and economic cooperation is very low.”

Tayebnia expressed hope that the ties between the two sides will reach more than one or two billion dollars to which end all barriers need to be alleviated; “the launch of broker relations between Iranian and S

The Iranian economy minster highlighted “one Iranian bank is seeking to set up a joint bank in South Africa.”

“Relevant contracts have been inked as broker relations will be launched between Iranian and South African banks,” he added.

The official touched upon the three agreements which are scheduled to be signed on Sunday adding “one deal pertains to a joint committee and investments between the two countries.”

“South Africa has had positive experiences with regard to investment in Iran,” reiterated Tayebnia expressing hope that the ties will get further boosted in future.