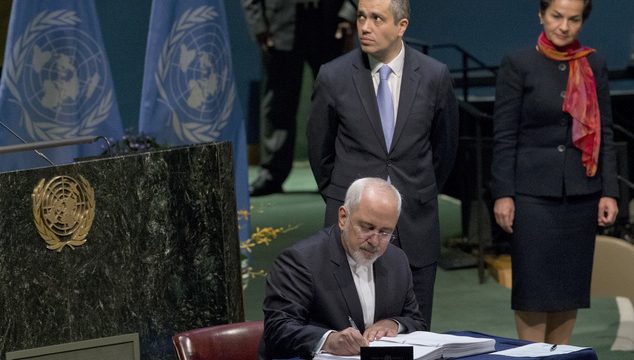 on Friday which surpassed the previous record of 119 signatures on the opening day for signing an international agreement. That record is held by the opening day signing of the Law of the Sea Treaty in 1994.

The UN says the signing ceremony is the first step in ensuring that the agreement enters into force as soon as possible. It will take effect 30 days after at least 55 countries, accounting for 55% of global greenhouse gas emissions, deposit their instruments of ratification or acceptance with the secretary general.