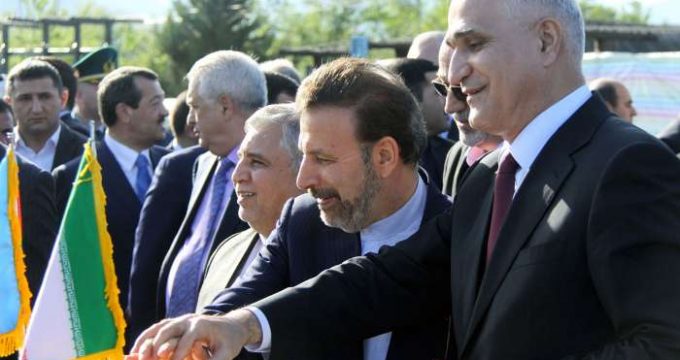 “The current railroad will connect many nations to north-south corridor which have its terminals as far as China in southeast and Finland’s Helsinki in northwest; the corridor will function as a path to peace of nations along with transit of more than 10 million tons of goods; the event coincided with another project, that of Qazvin-Rasht railroad, which is underway with a 92-percent of growth in preparation of infrastructures,” Vaezi addressed the meeting. “We hope that the railroad provide people in both sides of the border to exploit its potentials in boosting trade and transit of goods.”

Iran’s IT minister who is also head of Iran-Azerbaijan Joint Economic Commission, will lead the commission members to Baku to further discussions on the railroad project.