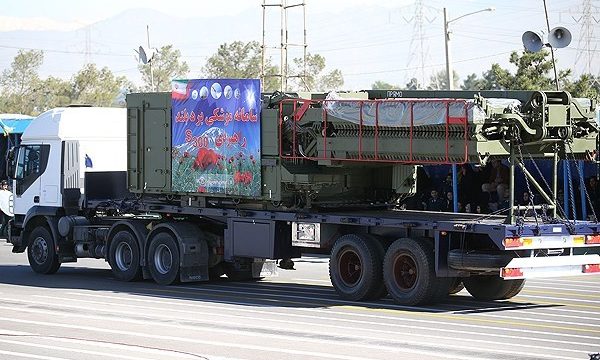 US says Iran’s purchase of S-300 could draw sanctions

“We have made clear in the past our objections to any sale of the S-300 missile system to Iran. We’re going to continue to monitor this closely. I do not have any specific decisions,” Kirby said during a press briefing on Monday, The Washington Free Beacon reported.

He further claimed that Iran’s purchase of the defensive system “could” draw US sanctions under US law.

This is while US President Barack Obama said back in April 2015 that he was “surprised” that Moscow held back resumption of S-300 supplies to Iran for so long as the UN did not ban the sale of the system.

“I’m frankly surprised that it [the ban on S-300 deliveries to Iran] held this long, given that they were not prohibited by [UN Security Council] sanctions from selling these defensive weapons,” Obama said.

The remarks by Kirby came after Iran on Sunday displayed part of the Russian-made S-300 air defense missile system in a military parade in Tehran, held to mark the National Army Day.

Iran has been long waiting to receive the air defense missile system it had purchased from Russia in 2007.