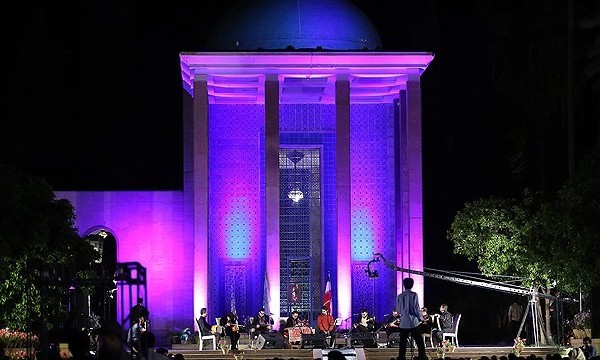 Tehran, April 20, IRNA – Ceremonies marking April 20 as ‘Commemoration Day of Sa’di’, world-known Iranian poet and mystic Shiekh Mosleheddin Sa’di Shirazi, are held across the country, including at his tomb in Shiraz.

The ceremony at his tomb is a special one which brings together noted researchers on Sa’di’s works from Iran and other countries.

During the event, the participants give lectures on the great poet’s works, personality and other relevant topics such as love.

Sa’di is not an Iranian poet alone; rather he belongs to the entire world. Because of his lofty ideas on humanity, his fame has transcended beyond the Iranian borders.

Despite a lapse of several centuries since his death, his ideas are still in the spotlight attracting the attention of the world.

Sheikh Musleheddin Sa’di Shirazi was one of the major Persian poets from the medieval period. He is recognized not only for the quality of his writing, but also for the depth of his social thoughts.

‘Boustan’ (Orchard) and ‘Golestan’ (Flower Garden) are his masterpieces. ‘Boustan’ is entirely in verse and consists of stories aptly illustrating the standard virtues recommended to Muslims, namely justice, modesty, contentment) as well as of reflections on the behavior of mystics.