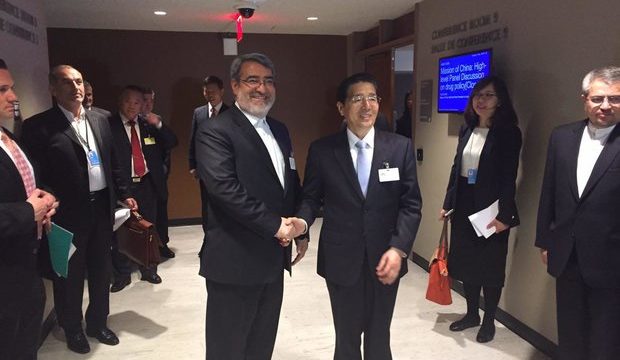 Both parties pointed to the strong will of Chinese and Iranian leaders to develop and expand all-round strategic cooperation, and underlined the need for security and police cooperation between the two countries on the basis of relevant MoUs.

Cooperation in the fight against terrorism, extremism, separatism and drug trafficking, in bilateral, regional and international level, are among agreed points between Chinese and Iranian officials at this meeting.

Implementation of bilateral accords on combating transnational crimes was emphasized as the centerpiece of the bilateral cooperation between Iran and China.

Police cooperation, border security and fighting cybercrime were among other issues agreed at the meeting.

A Chinese delegation headed by China’s Public Security Minister Guo Shengkun will travel to Tehran in the near future in line with the above mentioned agreements and adopting the necessary measures in this regard.