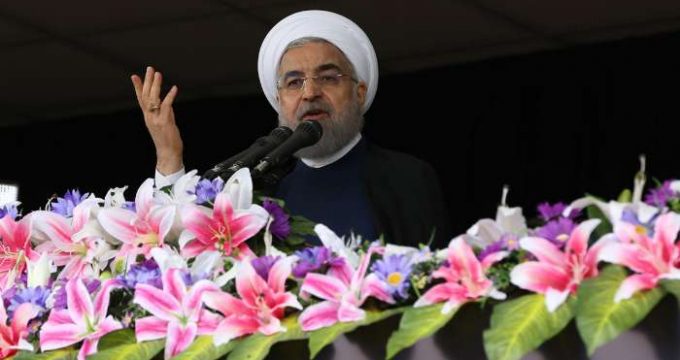 TEHRAN (FNA)- Iranian President Hassan Rouhani expressed pleasure that the country has achieved its goals in the recent meeting of the Organization of Islamic Cooperation (OIC) in Turkey.

“In the OIC summit, certain sides were after changing the atmosphere in a way to induce that Iran is the enemy of the Muslim world’s tranquility and Iran is the country which interferes in others’ internal affairs but this plot was defused during all speeches and positions at the level of foreign leaders and the Islamic Republic of Iran’s goals were, rather, materialized,” Rouhani said, addressing a large number of people in the Northeastern city of Semnan on Tuesday.

“We succeeded in the OIC summit in reaching this major goal and an atmosphere was created during all speeches that they (the OIC leaders) appreciated the Islamic Republic of Iran,” he added.

On Sunday, President Rouhani stressed Tehran’s preparedness to help the neighboring and Muslim states to fight against the threat of terrorism and Zionism.

“I declare explicitly, as I did some days ago in the presence of Islamic countries’ leaders (at the Organization of Islamic Cooperation (OIC) summit in Turkey) that the military, political and economic power of the Islamic Republic of Iran is not against our neighbors and the Muslim world states. We assume the power of Islamic countries as our power, and our power also belongs to the Muslim states,” Rouhani said.

“Also, I said there (at the OIC conference) if your (Islamic countries’) capitals are endangered by terrorism or Zionism, the Islamic Republic of Iran will be the only power which will give you a positive response in case you seek help,” he added.

His remarks came after Riyadh and its allies supported inclusion of certain anti-Iran and anti-Hezbollah paragraphs in the final statement of the recent OIC summit in Turkey.