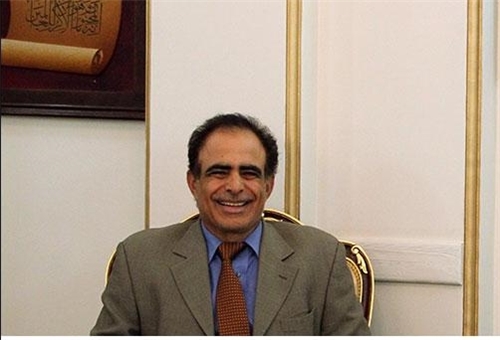 Oman on Monday offered to narrow differences between Saudi Arabia and Iran over efforts to stabilize the global crude market.

“Oman has a good relationship, by the way, with everyone, not just Saudis and Iran, and we are prepared to see what is good for all of us,” Oman’s Oil Minister Mohammed Al Rumhy told Bloomberg TV.

“I’m willing to talk to anyone.”

Rumhy said he was disappointed but not surprised over the failure of Doha talks among world’s biggest crude producers to freeze output to the levels that existed in January.

“It was expected that there would be problems because in the buildup to Doha, there were a lot of talks about Iran not joining and Saudis insisting on having Iran on board,” he said.

One suggestion to advance the talks that wasn’t considered at the Doha meeting is to set the cap based on maximum production, Rumhy said.

“The reality is in the fields. Most of us have peaked, with the exception of maybe one or two, so if we say look, everybody is producing at a maximum level, let’s try to agree on where we are now and then move forward.”

Producers should try to get consensus on a freeze by the time OPEC meets in June, Rumhy said.

“Hopefully those who were not on board yesterday will be on board by June. From now on until June, we would be working on trying to convince everyone else that the freeze is the right way to do it.”

Iran’s Oil Minister Bijan Zangeneh on Monday described a plan to implement a freeze on the output of key oil producers as a “new sanction” against the country’s oil industry.

The Iranian minister said the proposed output freeze is meant to keep the production of all oil majors at the same level that existed in January 2016.

This, he said, is a new sanction on Iran. “In other words, they want to take Iran’s production back to the sanctions era.”

Zangeneh said Iran supports all efforts to return stability to the oil market. He said it is necessary for all major producers to continue their discussions to find a way to help the stability of the oil market.

However, the Iranian oil minister emphasized that the argument by certain producers that Iran’s post-sanctions production is to blame for the volatility of prices “cannot be accepted by anyone”.