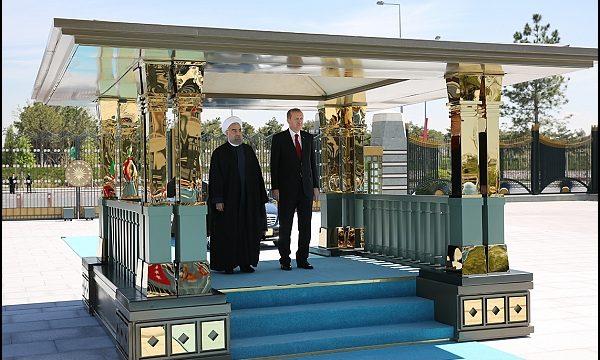 President Rouhani was officially received by his Turkish counterpart Recep Tayyip Erdoğan at the presidency complex in Ankara.

In this official ceremony, after the national anthems of both countries being played, the two presidents reviewed honour guards and then introduced their high-ranking delegations to each other.

President Rouhani and President Erdoğan are scheduled to meet with each other in a few minutes.

The high-ranking delegations of Iran and Turkey will hold meetings and sign cooperation documents between the two countries.