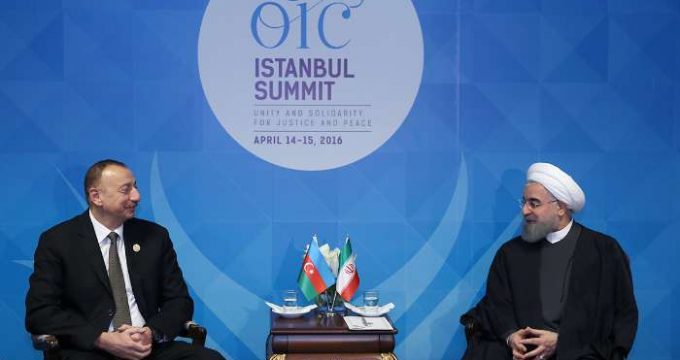 Rouhani met with Aliyev on the sidelines of the 13th Summit of the Organization of Islamic Cooperation (OIC) in the Turkish city of Istanbul on Thursday.

During the meeting, the two officials discussed latest regional and international developments as well bilateral relations.

During the two-day meeting, Rouhani will have bilateral meetings with a number of his counterparts on the sideline of the summit.

The OIC foreign ministers held a meeting prior to the Summit also attended by Iranian Foreign Minister Mohammad Javad Zarif.

He said upon arrival that world Muslims expect the Istanbul summit to echo the voice of unity, solidarity and cooperation of the Islamic World.