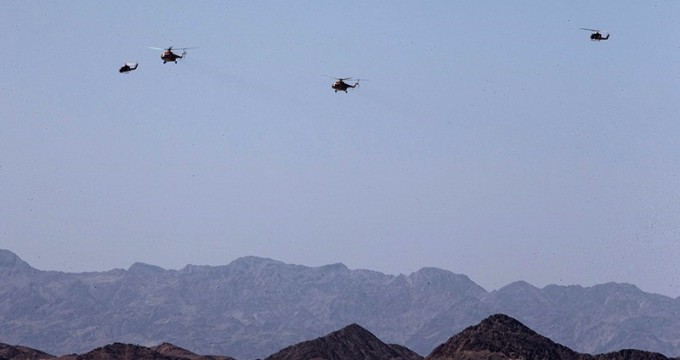 The military drills codenamed Payambar-e Azam (The Great Prophet) concluded in a ceremony in the southeastern province of Sistan and Balouchestan with Iranian Parliament Speaker Ali Larijani and Commander of the IRGC Ground Force Brigadier General Mohammad Pakpour in attendance.

During the war game, various operations were carried out by IRGC troops and volunteer forces from local tribes, including ambush and offensive operations against hypothetical enemy.

The drills were held in Saravan, Mirjaveh, Zahedan and elsewhere in Sistan and Balouchestan province. The purpose of the drills was maintaining preparedness for battle, displaying the power of forces and ensuring security in the region with reliance on the local residents.

Since a couple of years ago, the IRGC has successfully employed a strategy to get advantage of the local forces to ensure regional security in the face of narcotics trafficking or the entry of terrorists and outlaws.