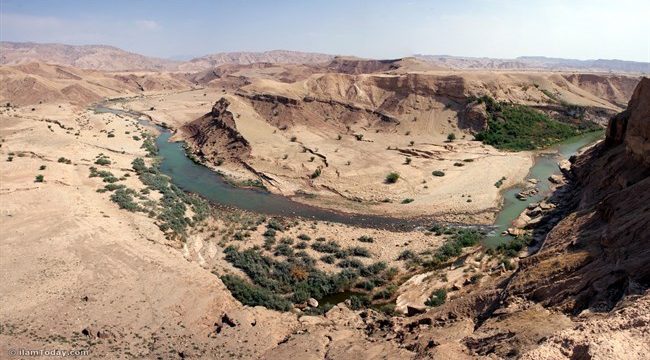 Tehran, April 13, IRNA- Archeological studies in Dehloran plain, in the western province of Ilam led to the identification of 100 ancient sites, said director of the archeological group involved in the studies, wrote Iran Daily on Wednesday.

Dehloran plain is one of the most important regions in terms of archeology, he said, adding that many excavations have been conducted in the region.

Dehloran plain has a distinctive location given its proximity to Shushan plain, Mesopotamia and the central Zagros region, he said.

According to Zinivand, some of the identified sites cannot be surveyed, including a Khazineh site which was destroyed due to agro-related activities.

Illegal excavations have also damaged the ancient sites, he added.

Dehloran plain lies to the southwest of the Iranian plateau. Meimeh and Do-Iraj rivers as well as mineral springs have heightened the importance of the region. Also Dehloran plain links Shushan plain to Mesopotamia.

Ilam, with its monuments and unique handicrafts, has a 6,000-year-old civilization. The region boasts of a variety of handicrafts, including carpet, jajim, embossed kilim and felt products.

archeology, Dehloran region in western Ilam province April 14, 2016
Panama Papers want US be next tax haven
The West has allowed Turkey to be a massive base for ISIS: UK analyst