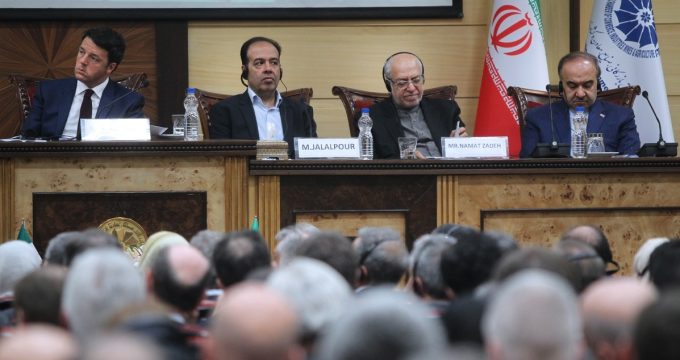 During Iran-Italy’s business meeting on Wednesday, Head of Trade Promotion Organization of Iran (TPO) Valiollah Afkhamirad said members of the World Trade Organization (WTO) welcomed Iran’s joining the international organization, stressing that membership in this organization can be a positive step to increase the country’s economic growth rate.

Valiollah Afkhamirad referred to Italy’s effort to develop economic cooperation with Iran, saying that the two countries have had a long relationship even when European Union, the Security Council and the US imposed nuclear-related sanctions on Tehran.

Italy was one of Iran’s leading economic and trade partners in 2014, and managed to continue the process last year so there is a proper cooperation ground between the two countries, Afkhamirad said.

He also stressed that Iran is trying to resolve the problem of foreign investors so that they can easily start carrying out their business projects.

Being placed in a safe region and having a population of 400 million around it, Iran can be the Middle East trade hub, he added.

In today’s Iran-Italy business meeting, 12 documents for cooperation were signed in various sectors of energy, steel, telecommunications and aviation, airport and medicine.

The Italian prime minister Matteo Renzi arrived in Tehran yesterday at the head of a 250-strong political and economic delegation, including Italian foreign minister, minister of infrastructures and transports, minister of economic development, and minister of agriculture, food and forestry policies as well as businessmen and personalities from Italy’s public and private sectors.

Matteo Renzi is the first major Western figure to travel to Iran after the lifting of international sanctions against the Islamic Republic.