A look at Iranian newspaper front pages on April 12

IFP has taken a look at the front pages of newspapers on Tuesday and picked headlines from 21 of them. IFP has simply translated the headlines and does not vouch for their accuracy.

1-President Rouhani: Extremism, religious conflicts and terrorism are threatening the World of Islam

2-Foreign Ministry Spokesman: Mogherini and 7 European commissioners will arrive in Tehran on Saturday

3-Spokesman for Atomic Energy Organization: Cooperation agreement with Europe is under preparation 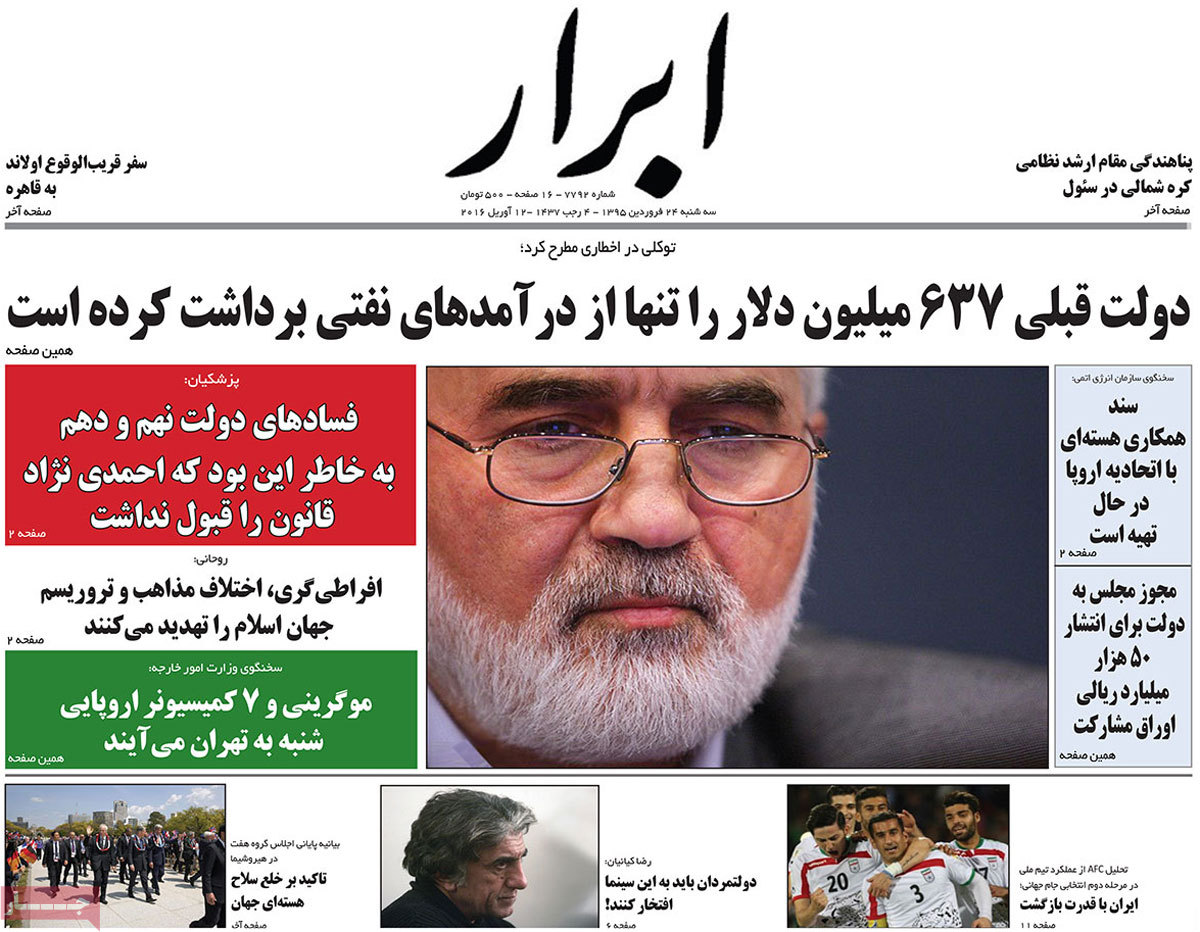 2-Talks with Saudis about Hajj Rituals 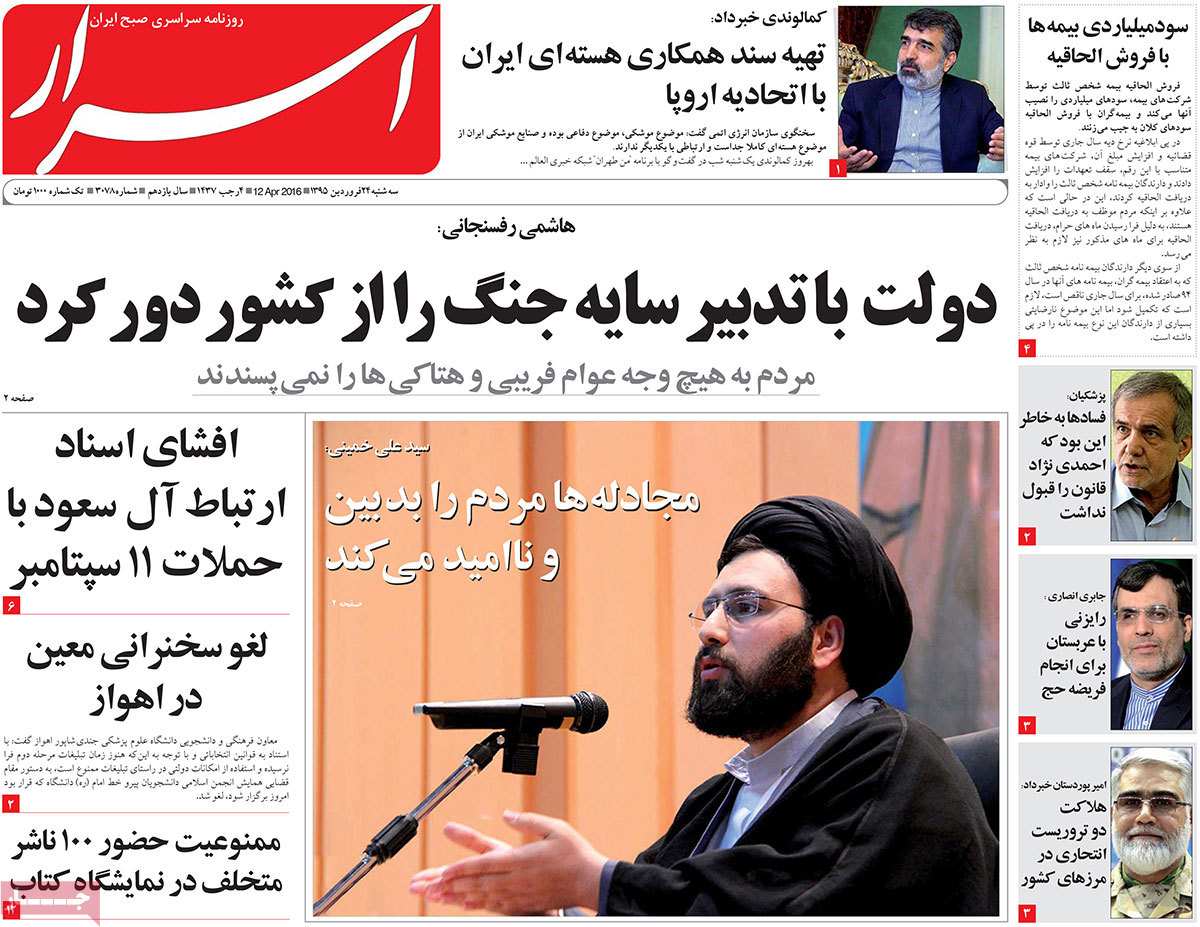 Jaberi Ansari says the first part of the Iran- Russia agreement has been fulfilled. 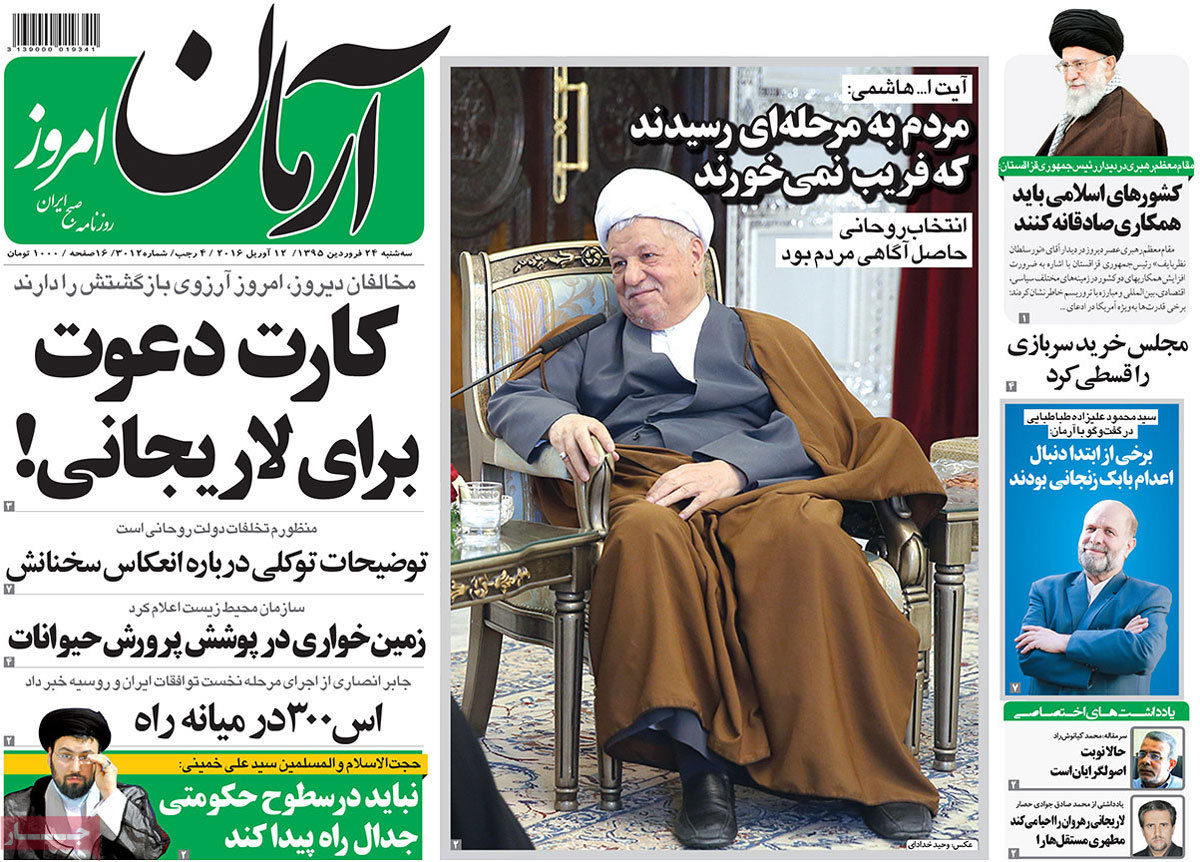 2-Supreme Leader with Kazakh President: The West is not serious in its war on terror 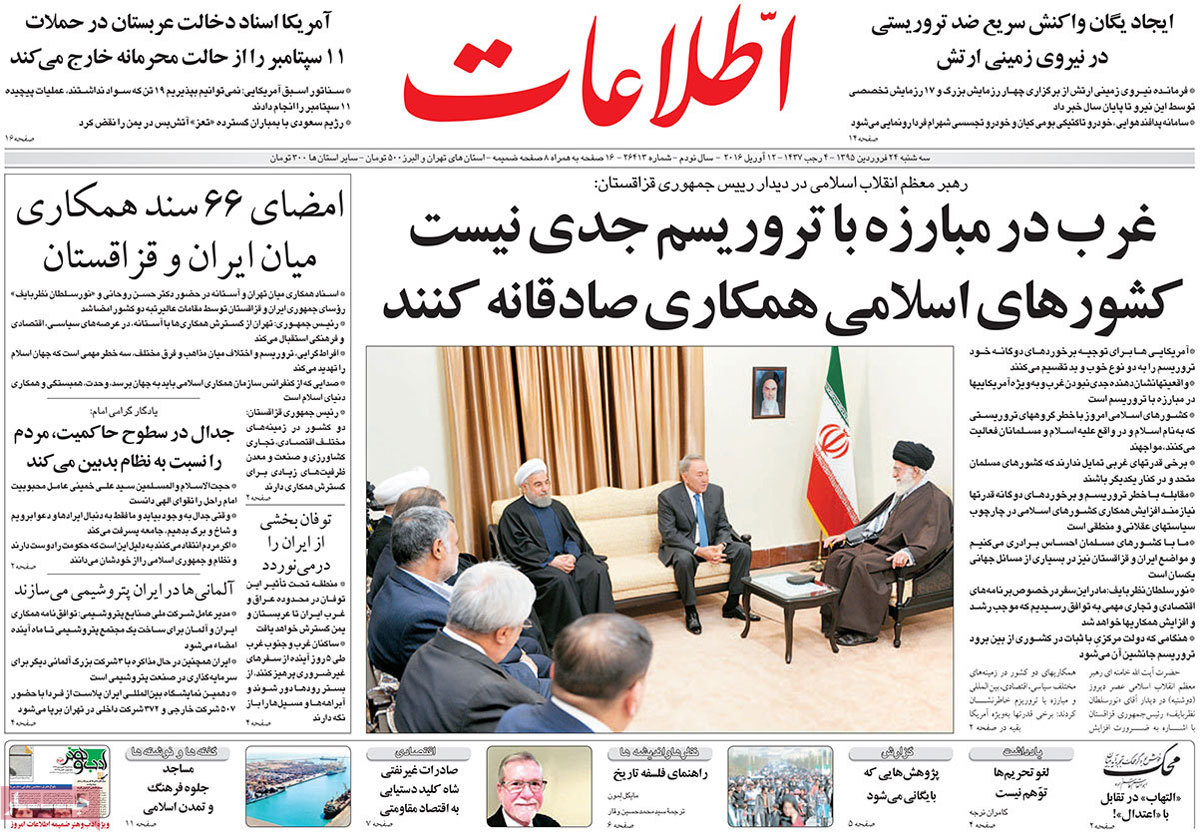 The veteran President of the most economically important Central Asian country, a young Italian Premier, the UN special envoy on Syrian Affairs and Federica Mogherini are all being hosted in Tehran 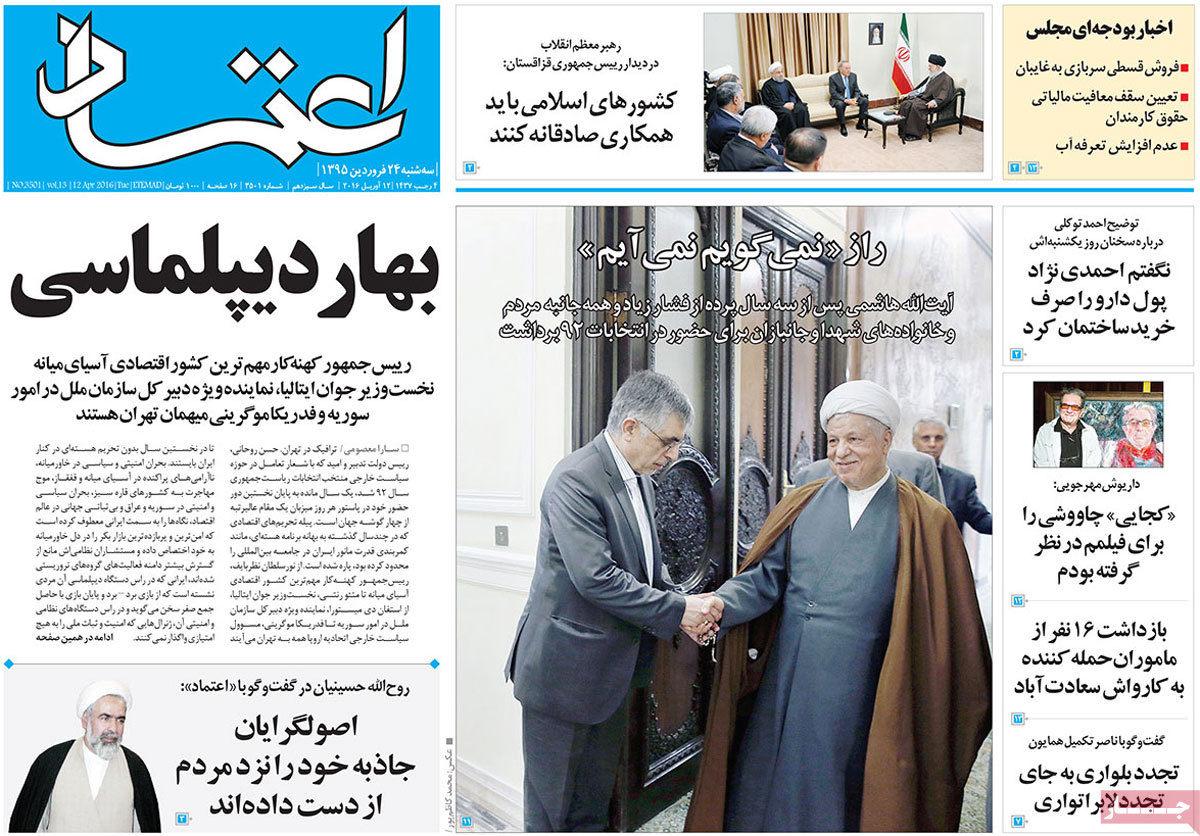 2-Rouhani in talks with Kazakh President: Sound of Islamic unity should echo globally 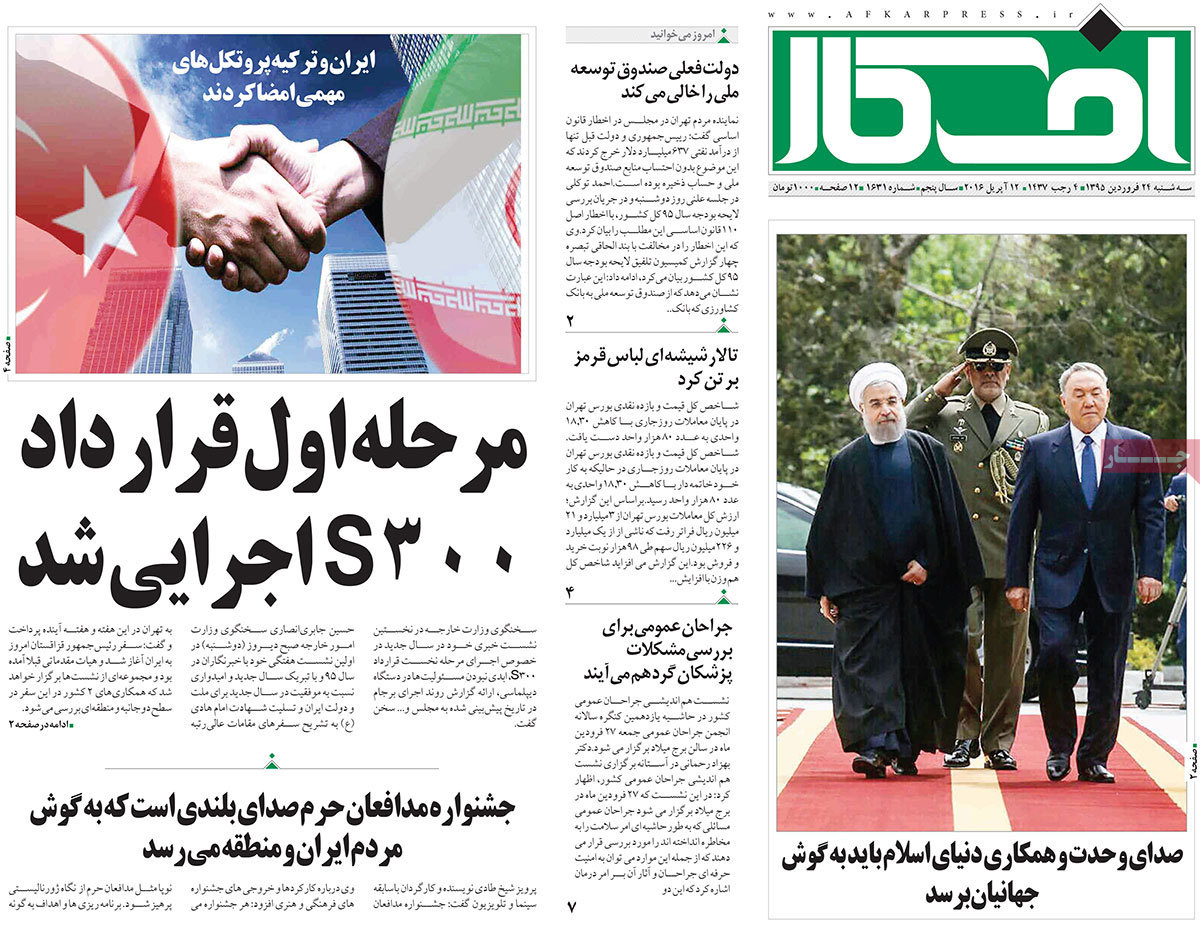 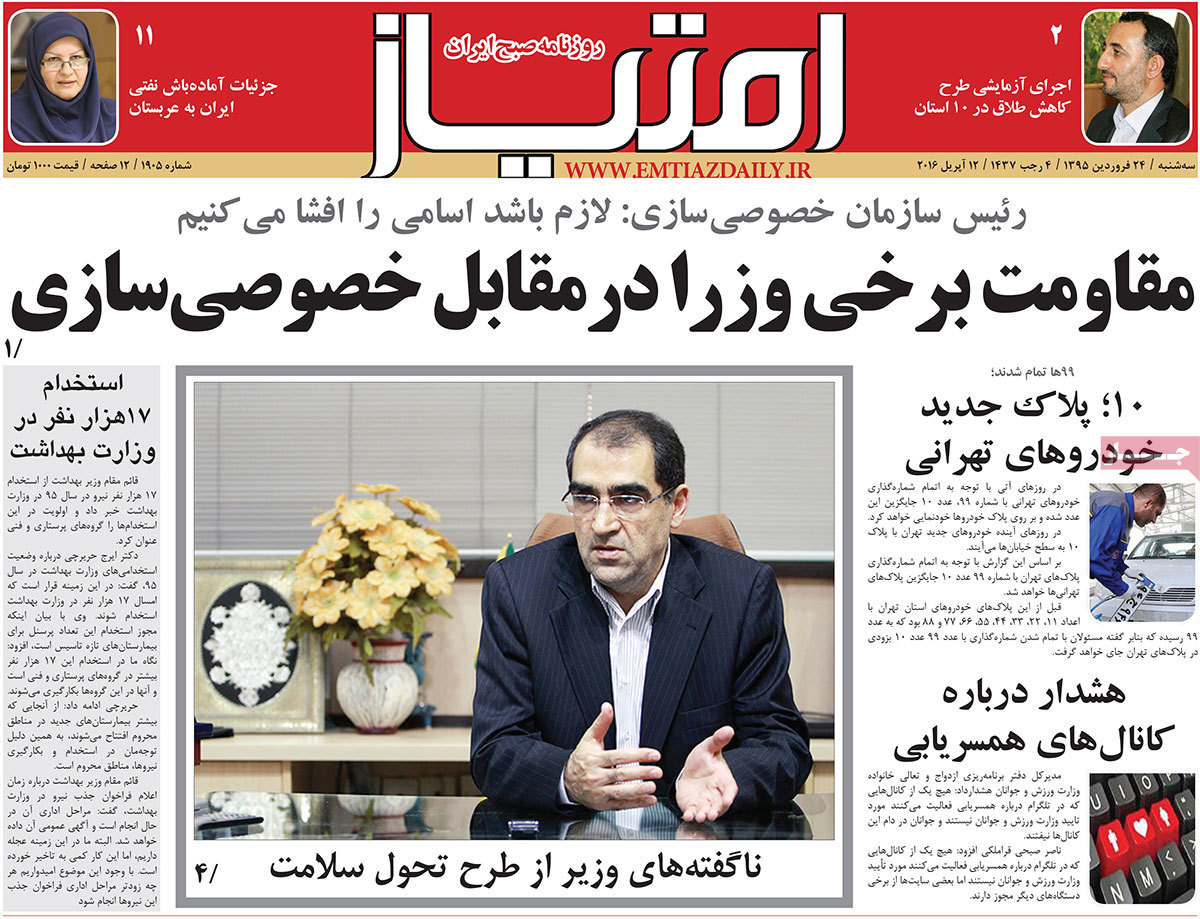 1- Kerry on zero point: ashamed but not apologetic

4- Ecological campaign by local people in southern city of Shush 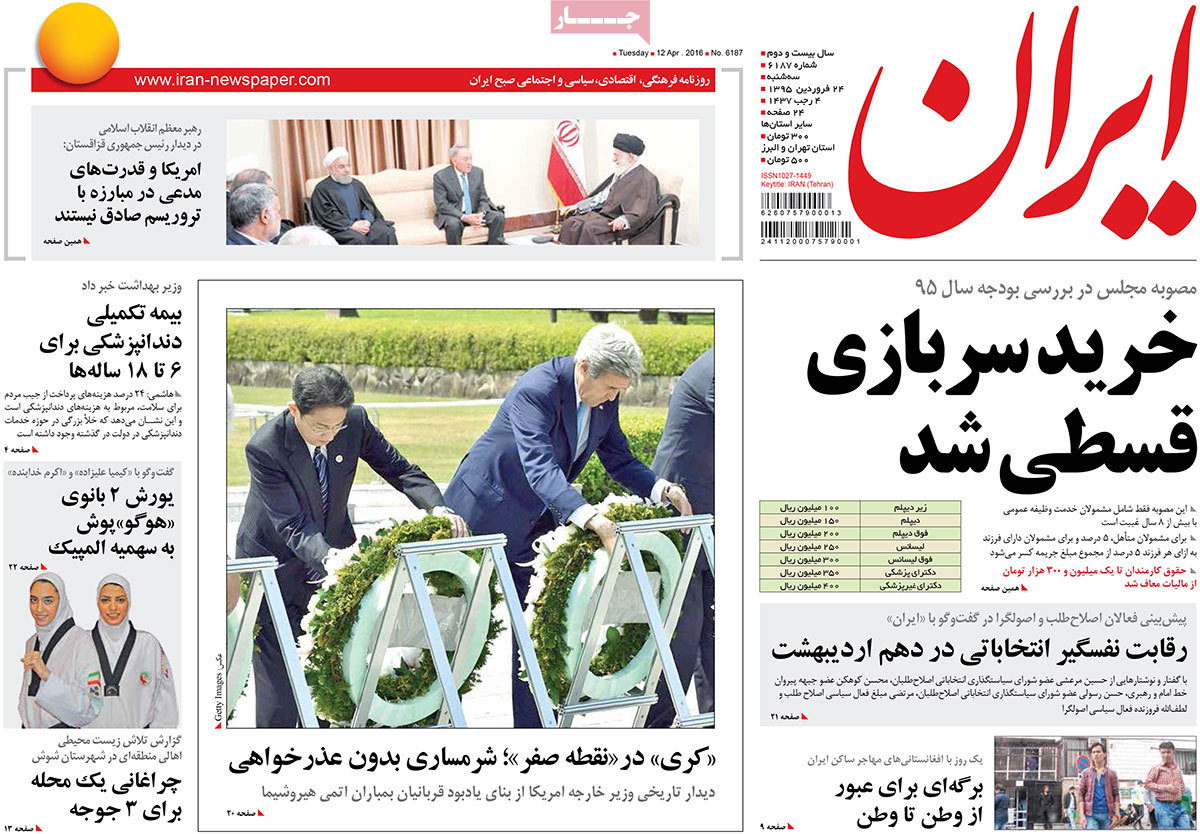 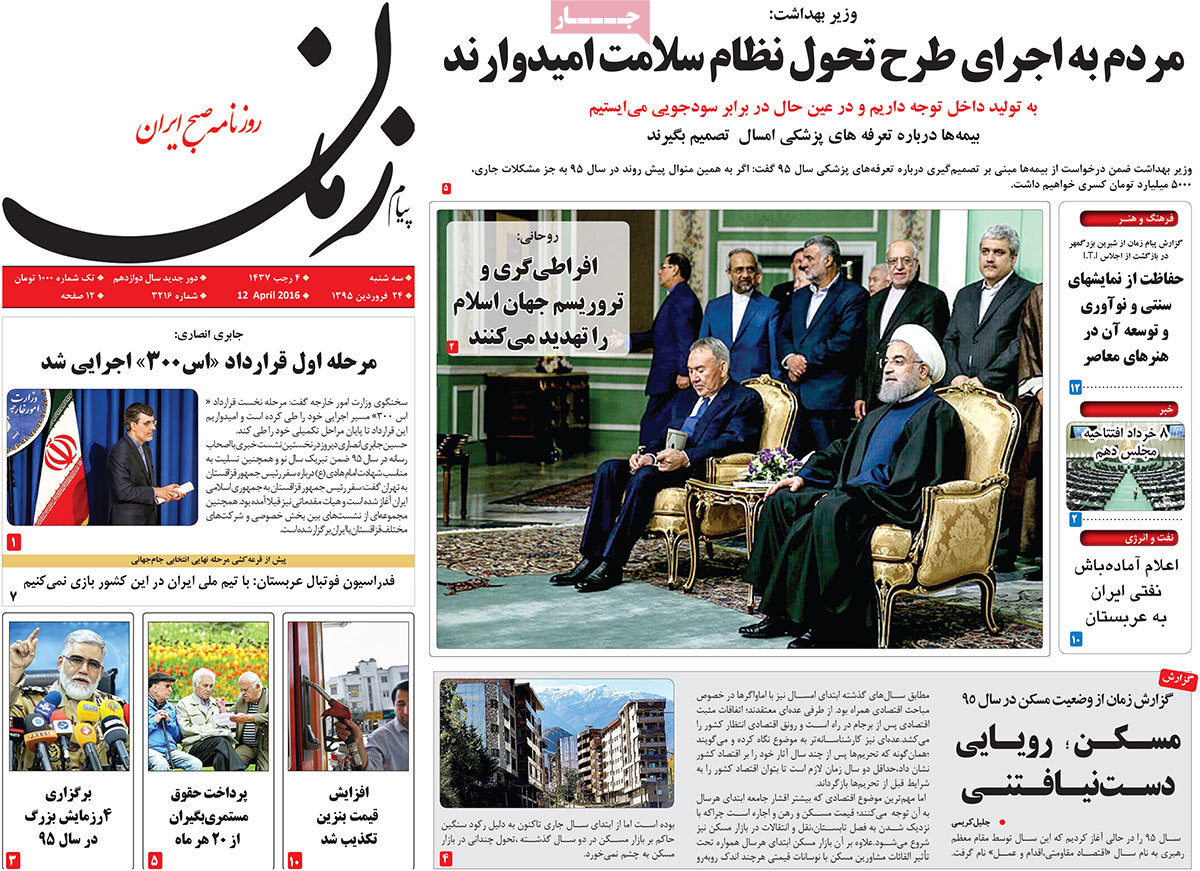 3-Insecurity in Turkey: 1300 hotels up for sale 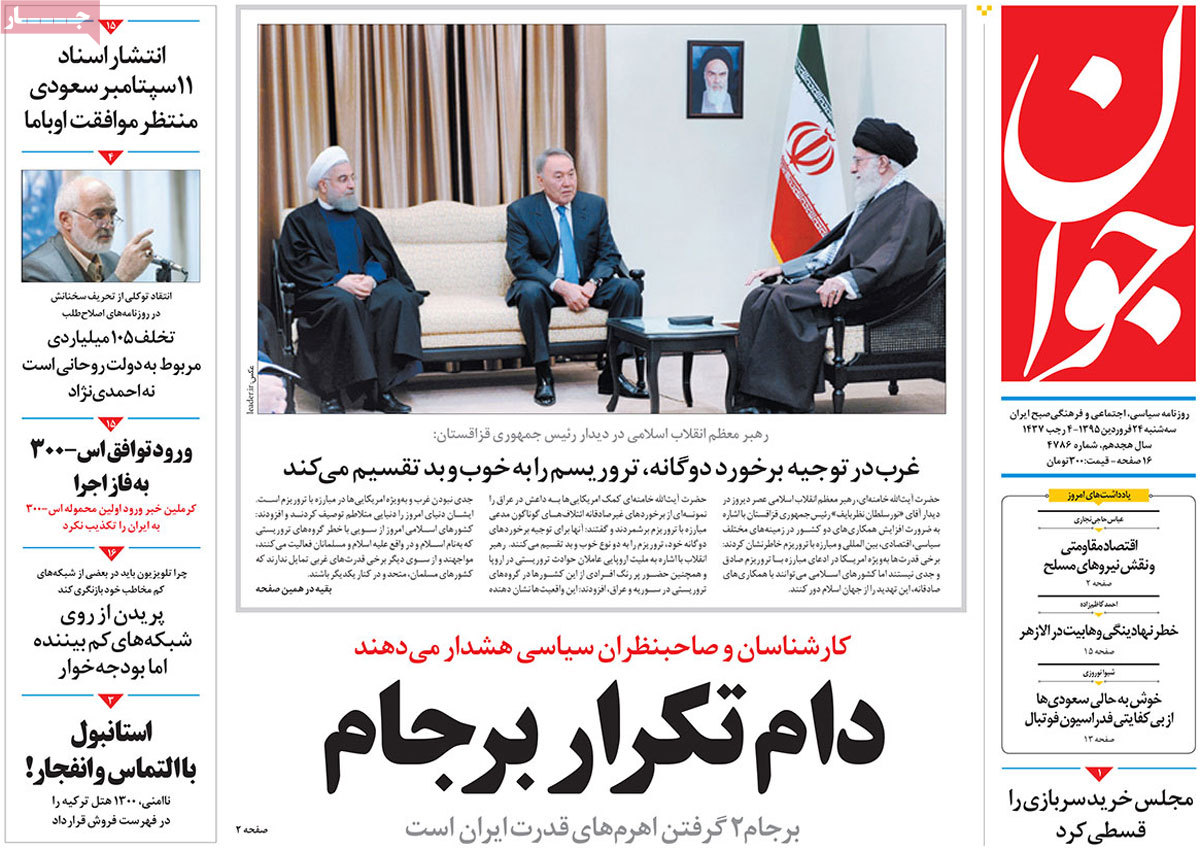 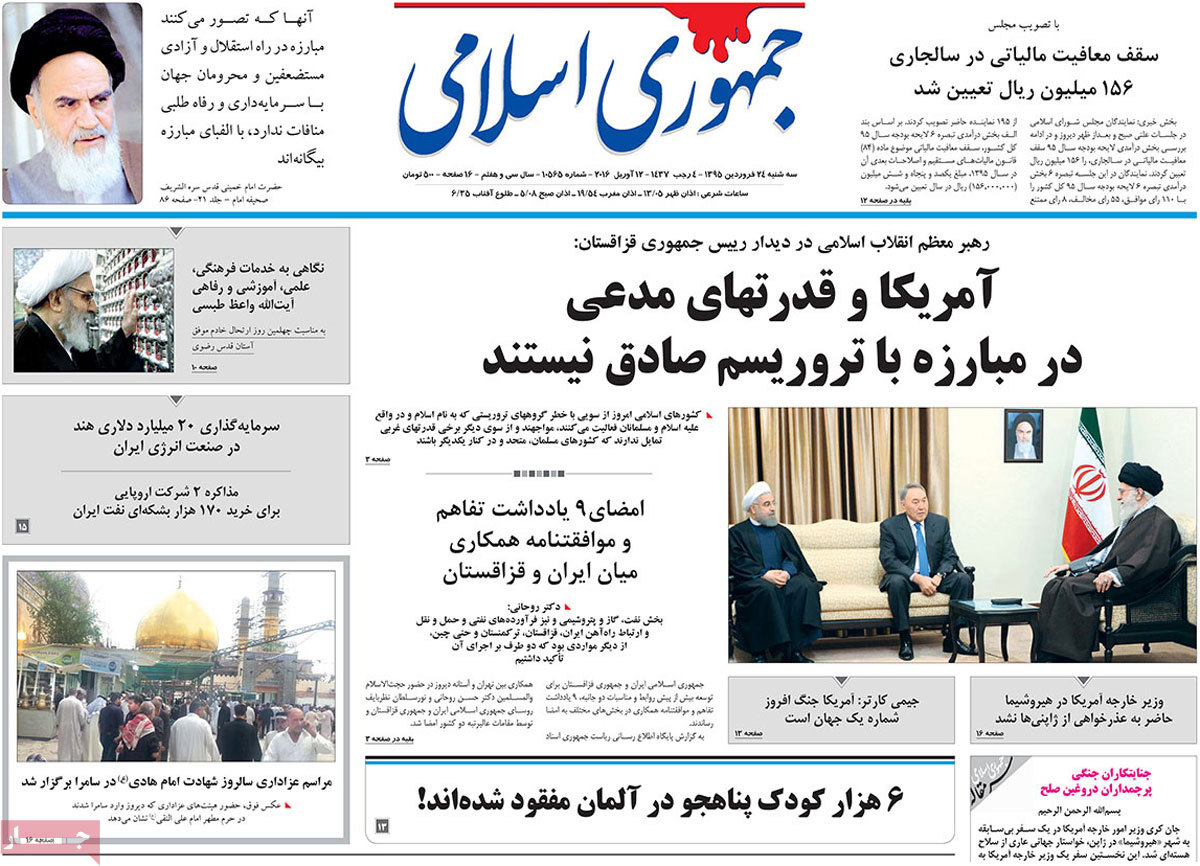 1-462 sport facilities in Tehran are allocated for women 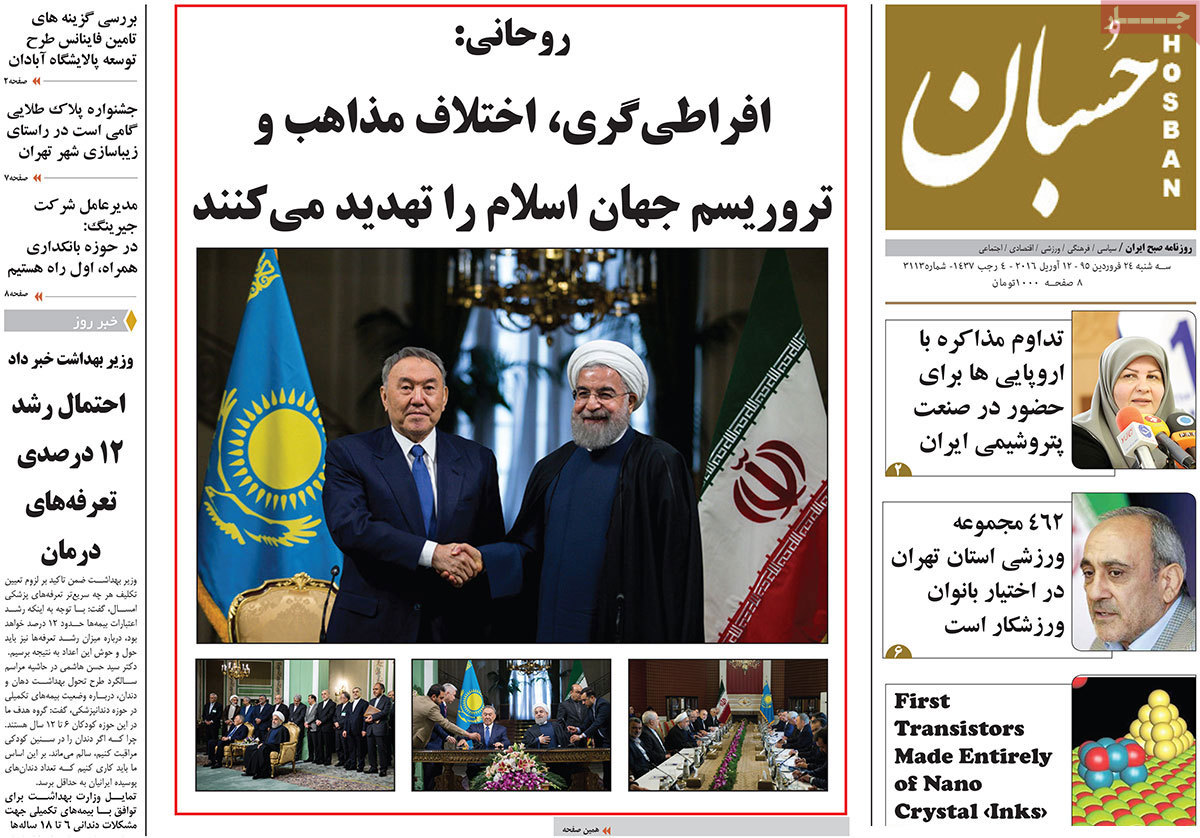 1-Head of Judiciary: Americans can not alter the essence of the Iranian system of government with new JCPOA

2-Chief Prosecutor: Labelling Iran a human rights violator because of its anti-drug trafficking policy is regrettable 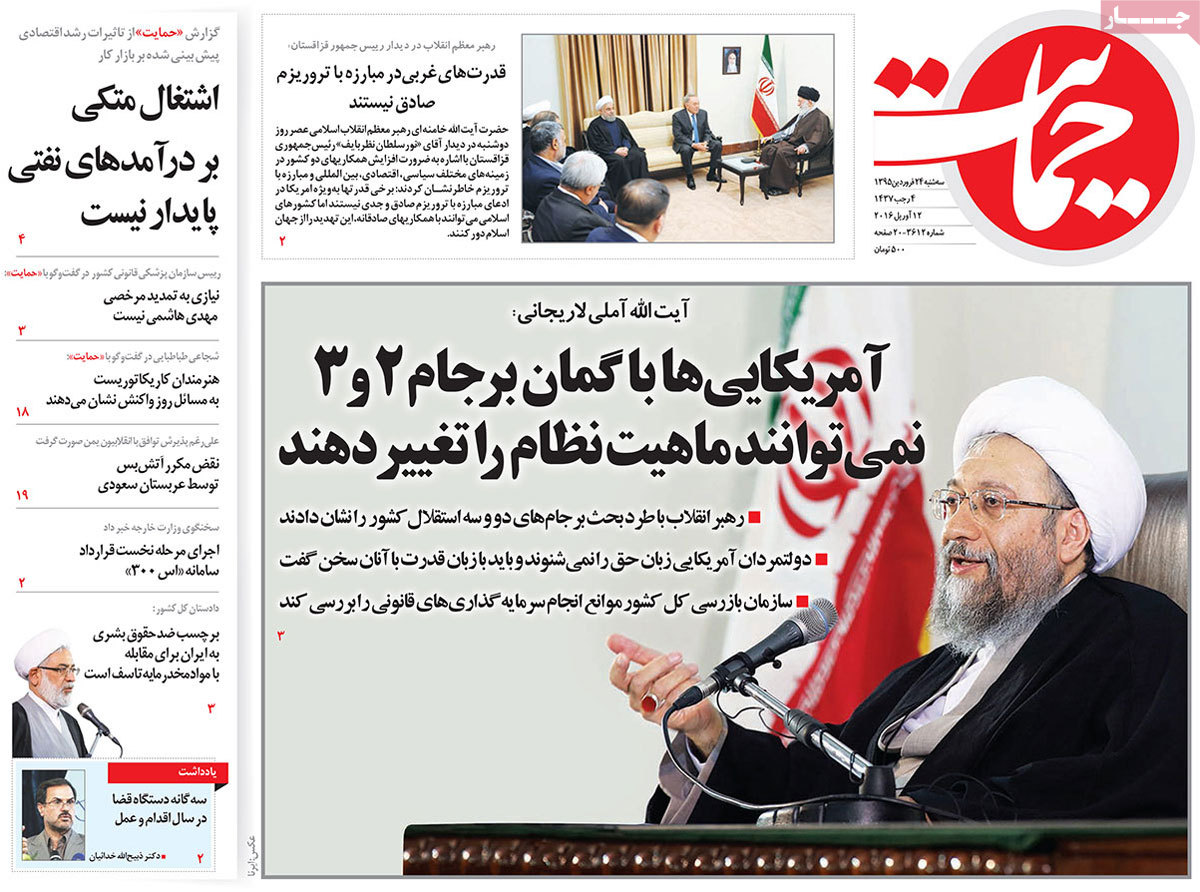 1-Zarif exclusive: Not getting swallowed by global systems is one of the attributes of our power 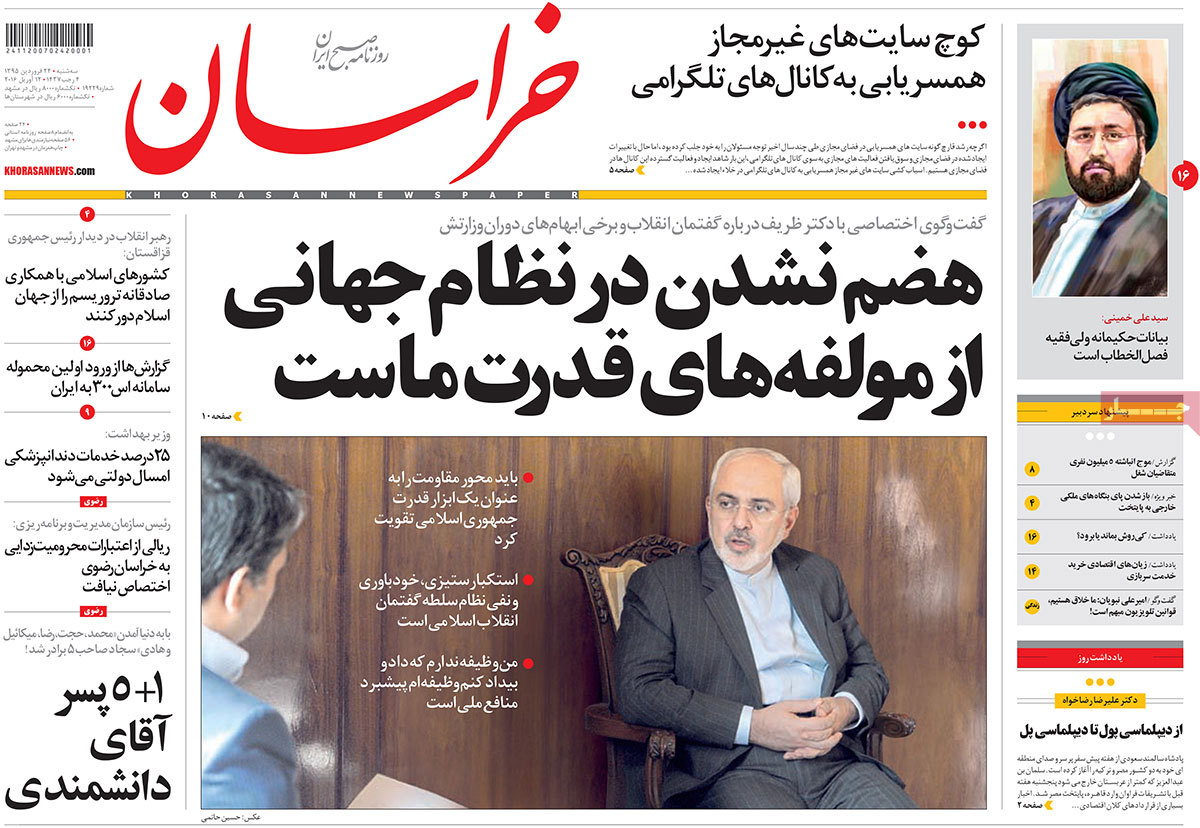 1-Grandson of Imam Khomeini, Seyyed Ali Khomeini: Judiciary’s words are definitive – there should be no quarrel

2-Leader: West does not want to see Muslim nations united

3-Kazakh President: We should show the world Islam is progressive 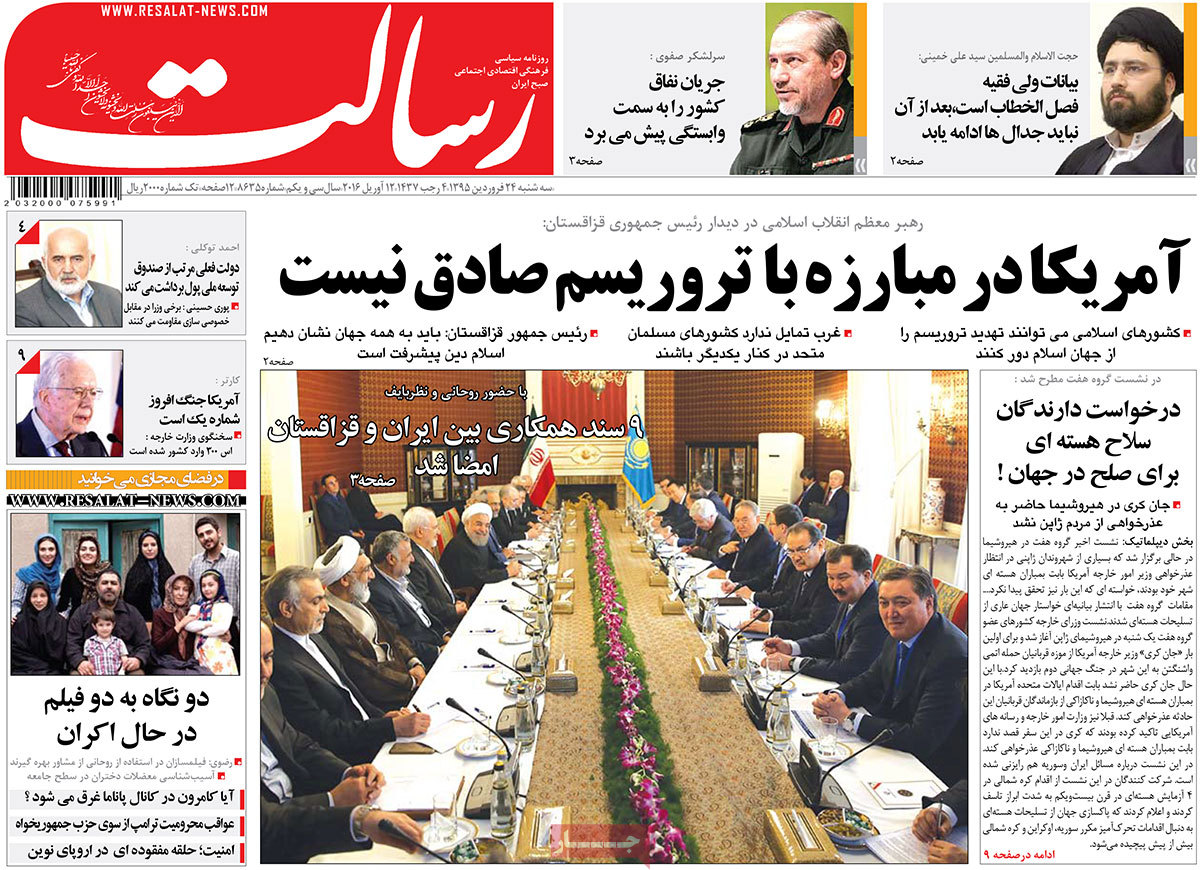 special report on the tourism crisis in Iran’s western neighbour 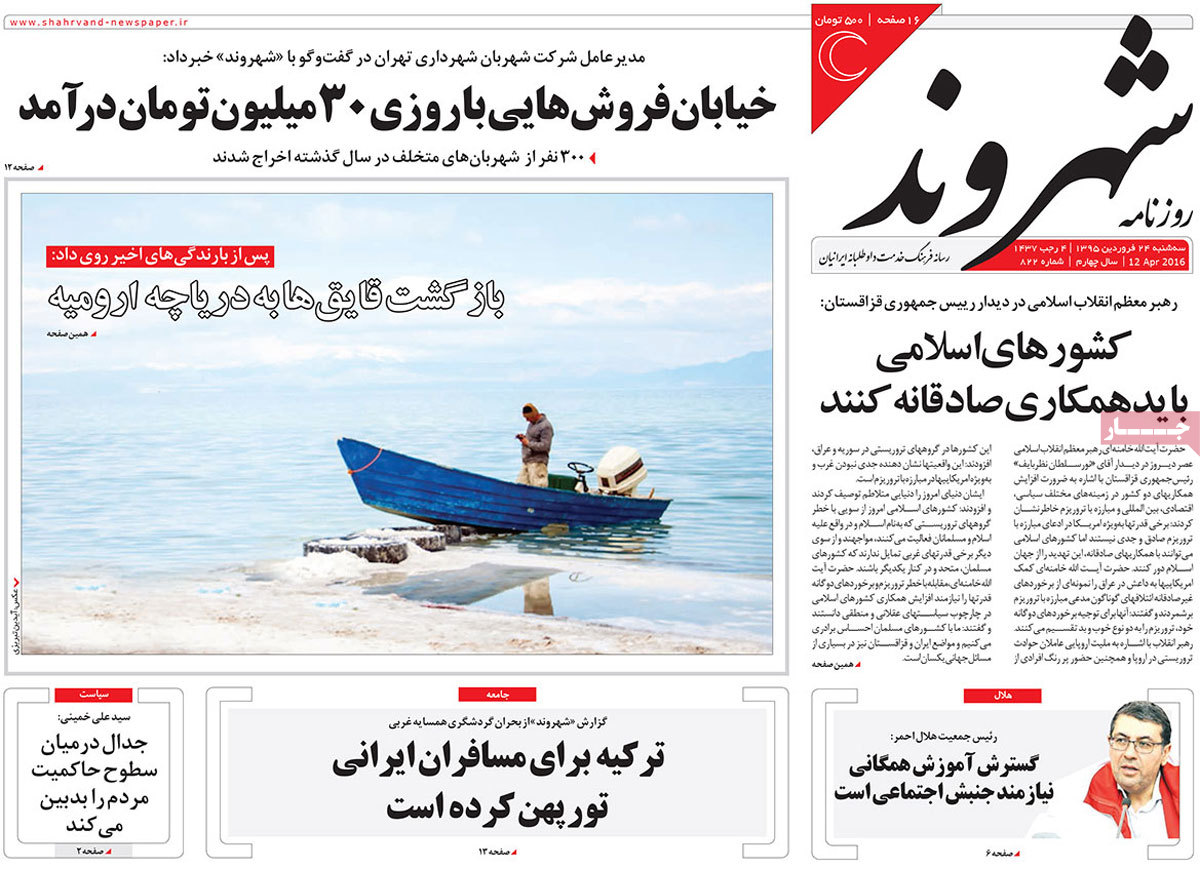 1-Iran and Italy to invest €6.2bn jointly in Iranian mine industry 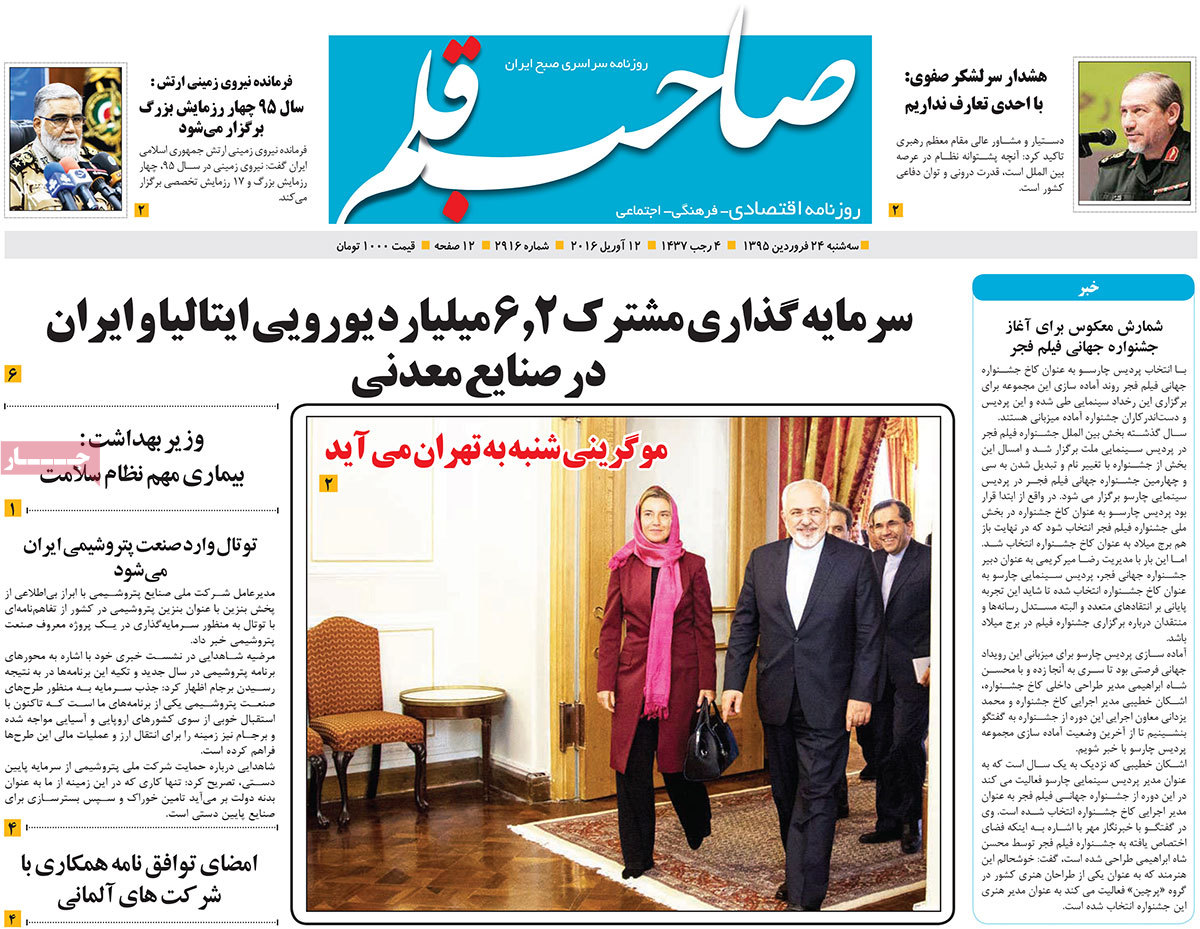 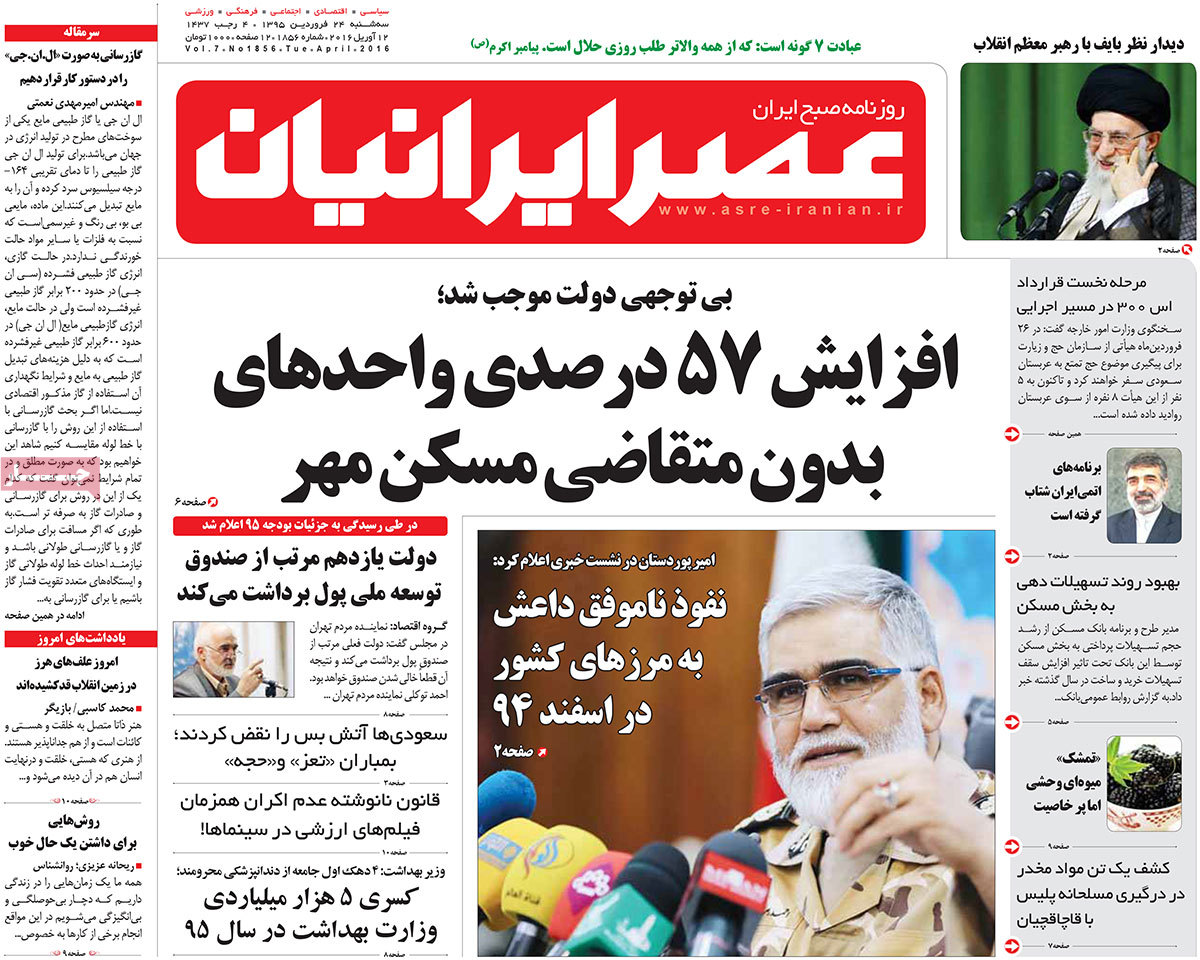 1-Commander of Iranian Ground Forces: Iranian Army has no military presence at unit level in Syria 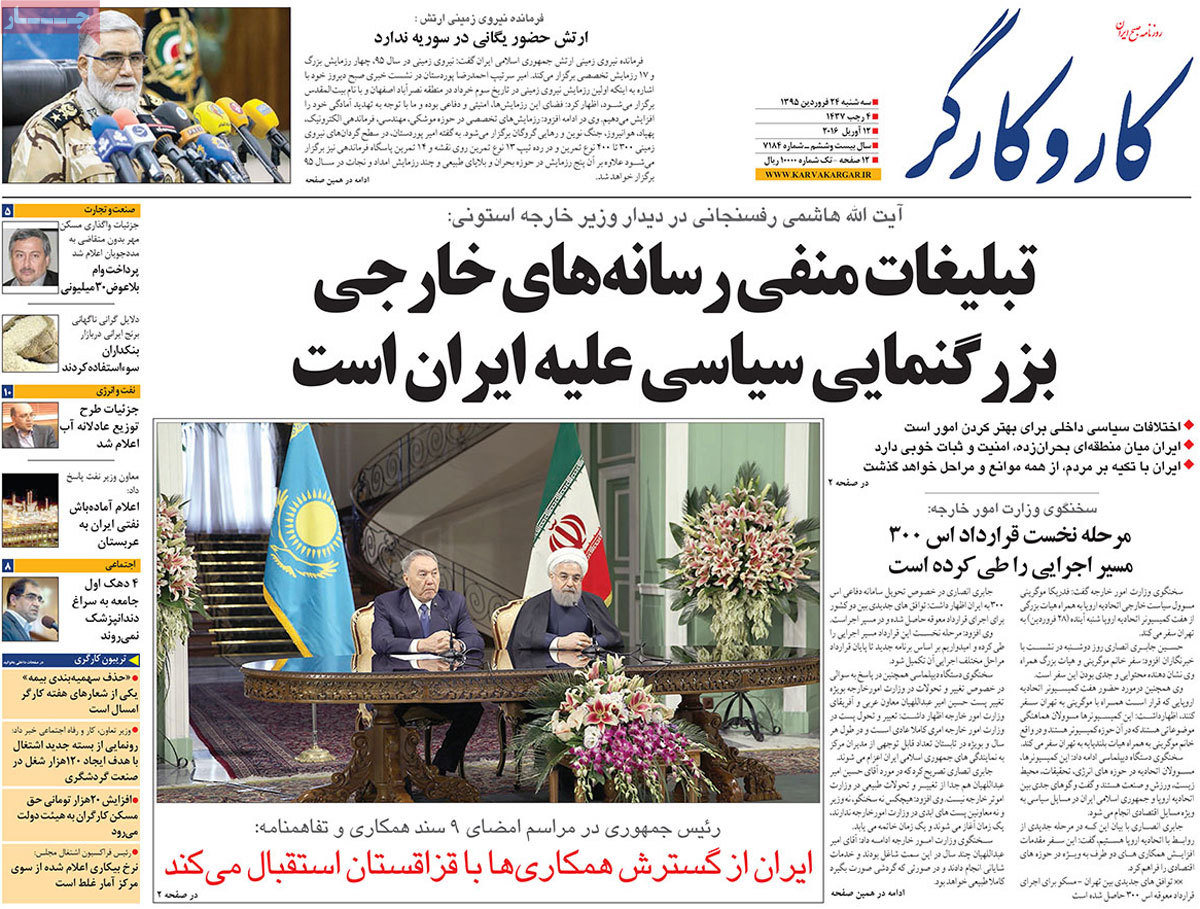 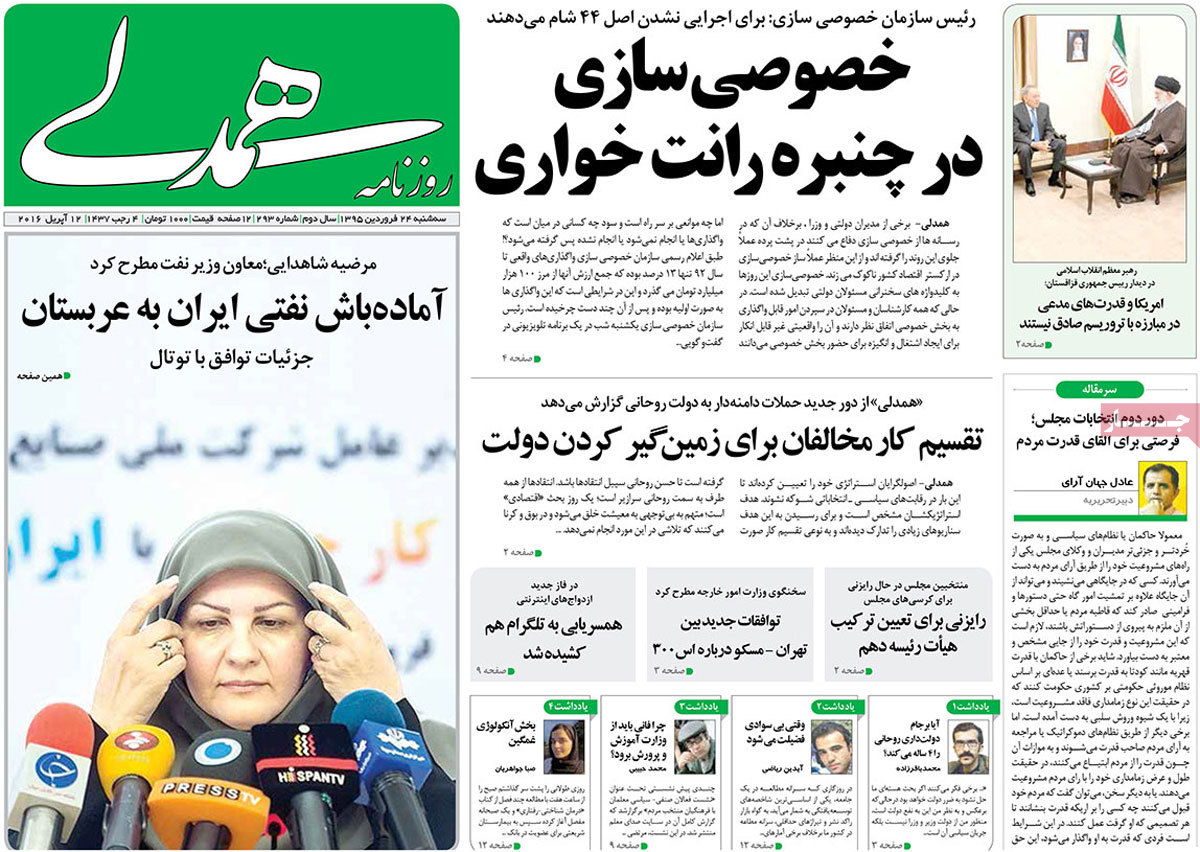 2-Hello Mumbai Director: I considered all Bollywood  elements in my movie 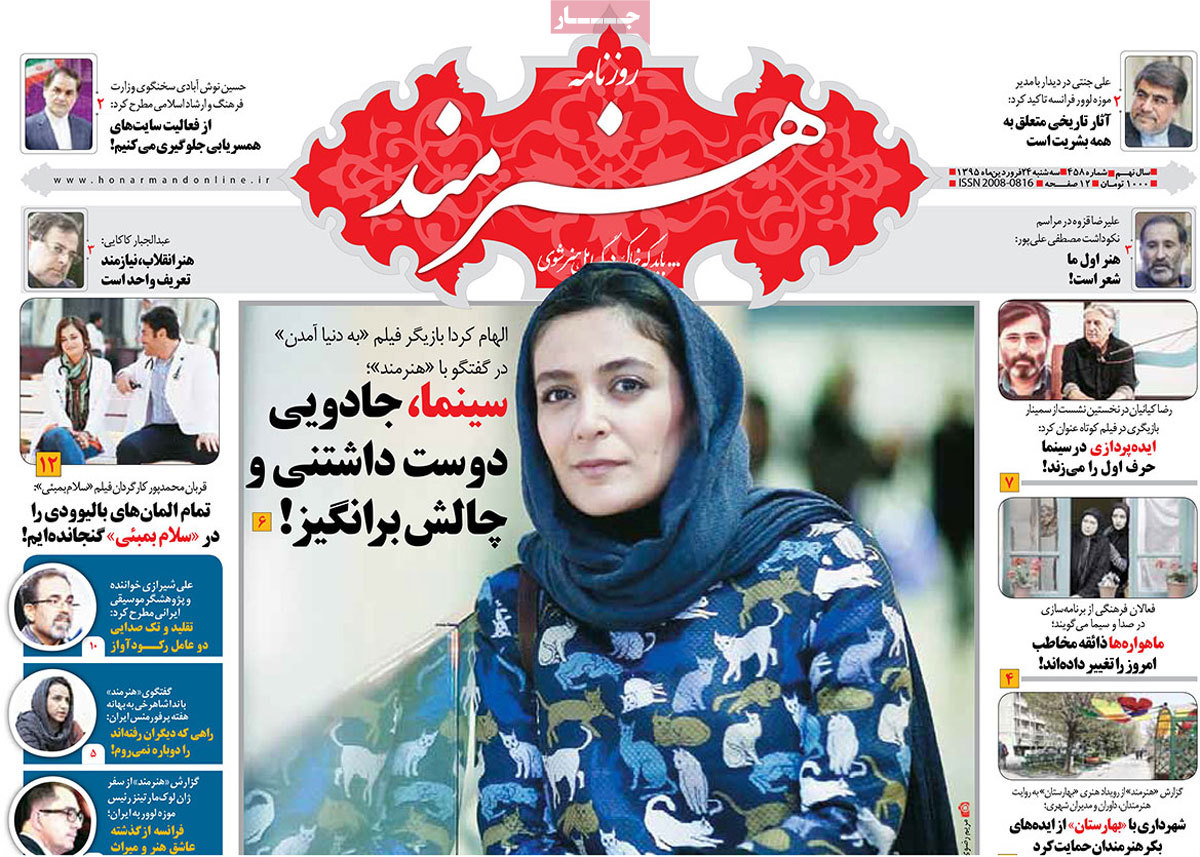