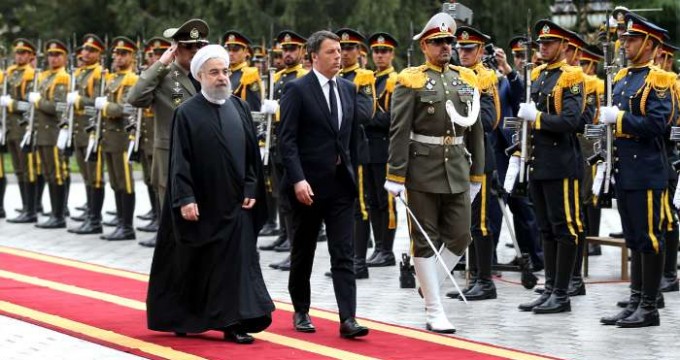 Tehran, April 12, IRNA – Although Italy was not a member of the Group 5+1, it played its role in the talks successfully as the European Union foreign policy chief Federica Mogherini is Italian, President Hassan Rouhani said Tuesday.

Rouhani made the remarks in a joint press briefing with visiting Italian Prime Minister Matteo Renzi who arrived in the Iranian capital early this morning heading a 250-member delegation.

Group 5+1 include the US, UK, France, Russia and China plus Germany.

The intensive talks between Iran and the six world powers led to July 14 nuclear deal known as the Joint Comprehensive Plan of Action (JCPOA).

On January 16, 2016, anti-Iran sanctions were lifted and ‘Implementation Day’ of the JCPOA was announced by Iranian Foreign Minister Mohammad Javad Zarif and Ms Mogherini.