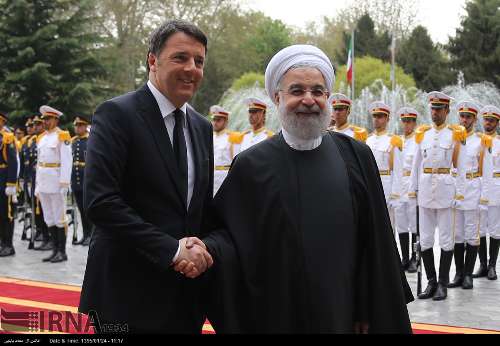 After national anthems of the two countries were played at the welcoming ceremony, the Iranian President and Italian premier reviewed the parade here.

Then, the two officials started bilateral talks and attended negotiations between the two sides’ delegations.

During the January visit of President Rouhani to Italy, Renzi had said that his country is determined to take new steps towards strengthening ties with Iran.

After removal of anti-Iran sanctions on January 16 that happened due to landmark agreement between Iran and world powers, Italy has been making endeavors to be the first trade partner for Iran in Europe.