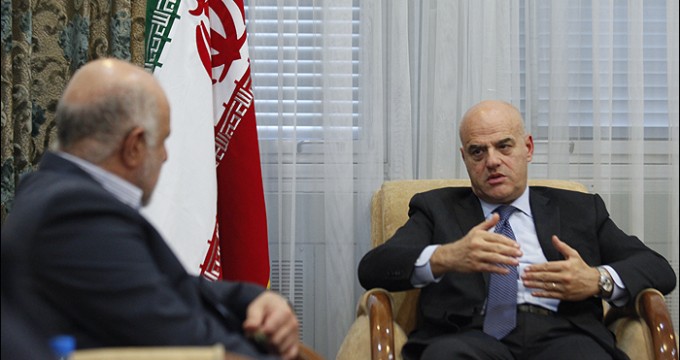 A high-ranking political-economic delegation from Italy headed by Prime Minister Matteo Renzi arrived in Tehran on Tuesday for a two-day visit.

Italy is among the first European countries that sent a delegation to Tehran immediately after removal of US-led sanctions, in a bid to hunt out investment opportunities in a ban-free Iran.

Eni and Saras discussed oil purchases from Iran during their meeting with Mr. Zangeneh.

During Iranian President Hassan Rouhani’s February visit to Italy, the two companies indicated their readiness to buy 150,000 b/d of oil from Iran.
Eni and Saras were Iran’s oil customers prior to imposition of international sanctions on Tehran’s nuclear agenda.