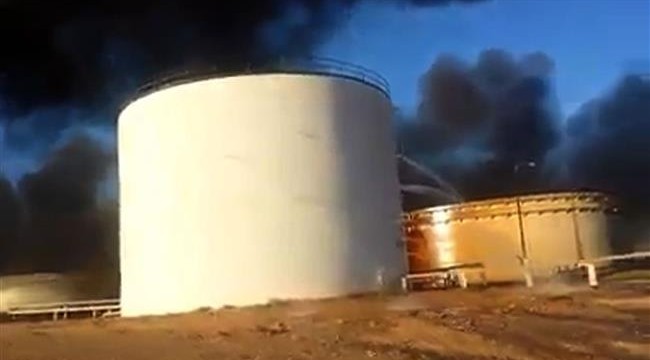 Four oilfields have been shut down and employees in a fifth oilfield have gone on strike in Libya over fears that the Daesh terrorist group may attack the facilities.

The Libyan state news agency LANA said on Monday that the Bayda, Tibisti, Samah and Waha oilfields in Merada, southeast of the capital, Tripoli, were evacuated on Saturday.

The news agency said the staff of Zaltan oilfield, 55 km (35 miles) southeast of Merada, also declared “a general strike following the worsening of the security situation inside the field and fears of attacks” by Daesh.

The employees said in a statement that they decided to form a crisis committee and stop production activities at the oilfield.

A Libyan military source attributed the closure to “the collapse of security and low daily production rate due to difficult security conditions.”

Merada is about 350 kilometers (220 miles) from Daesh’s Libyan stronghold, the coastal city of Sirte.

Daesh has launched several attacks on Libyan oilfields in a bid to find access to oil and be able to smuggle them for profit.

Daesh conducted an attack to capture oil terminals in Ras Lanuf and al-Sidra in early January.

Libya has had two rival governments since 2014, when politician Khalifa Ghweil and his self-proclaimed government seized control of the capital with the support of militia groups.

The country’s internationally-recognized government has been forced to the remote east.

The two governments reached agreement on a unity government last December, and the new government received UN’s endorsement. It has, however, had difficulty taking over.

Libya has been dominated by chaos since a NATO military intervention followed a 2011 uprising that toppled longtime dictator Muammar Gaddafi. He was later killed amid the unrest.

Daesh, which is in control of some parts of Iraq and Syria, and other militants have also used the lack of security in Libya to get a foot in the door there.