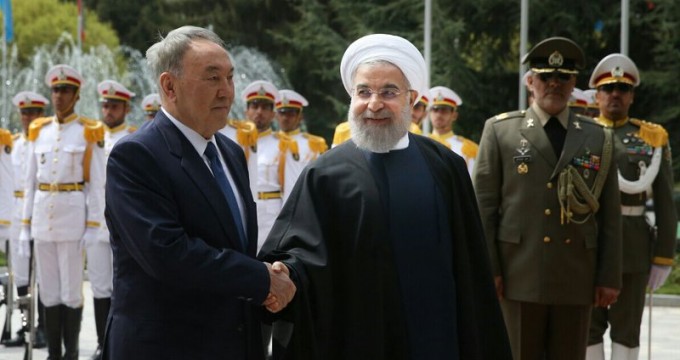 The presidents of Iran and Kazakhstan are set to hold talks on issues of mutual interest and ink several cooperation documents.

Nazarbayev, heading a high-ranking delegation, arrived in Tehran on Monday for a two-day visit.

Upon arrival at Mehrabad Airport, Nazarbayev was officially welcomed by Minister of Agriculture Mahmoud Hajjati.

The MoUs were inked in Iran-Kazakhstan Business Council Meeting in Tehran attended by 10 governmental and 34 private companies of the two countries.

According to statistics published by Islamic Republic Customs Administration, the amount of trade exchange between the two countries was $354m in 2014 with Iran’s exports and imports amounting to $187m and $167m respectively.