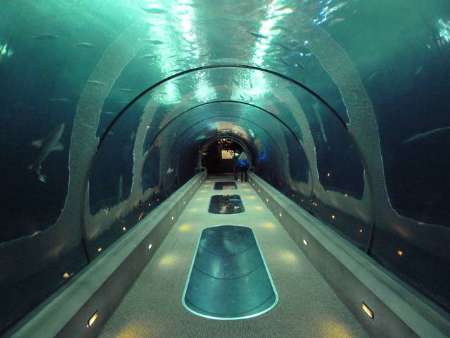 The use of private capital contributed significantly to the opening of Iran’s first-ever aquarium tunnel in the city of Isfahan, which has in turn contributed to Iran’s tourism sector, according to architect Hassan Shafee, who created the aquarium project.

In an interview with Sputnik’s Persian edition, Hassan Shafee, the architect and creator of the aquarium project praised efforts to attract private funds to the construction of Iran’s first-ever aquarium tunnel in Ishfahan, the country’s third-largest city.

According to him, private capital injections in the implementation of social projects in Iraq contribute considerably to the country’s tourism sector.

The interview came a few weeks after the unveiling of the Isfahan aquarium, which is not only the largest aquarium in Iran but also the largest of its kind in the Middle East.

“Local authorities know full well that Isfahan is one of the most attractive tourist destinations in Iran, something that prompts them to work hard to improve conditions for tourists. In the past few years, one of the most important steps in this direction has been private capital investments in the implementation of major social projects,” he said.

He added that “the organizers of the project did their best to fill the aquarium with inhabitants of the sea and ocean depths from all around the world.”

“Our special pride is the recreated climatic conditions of the Amazon basin, which allows various types of fauna to coexist in the aquarium. In total, our collection numbers about 6,000 fish species; 400 of them are on the Endangered Species List,” Shafee said.

During a visit to the 3,500 square meter aquarium, which contains at least 1,080 cubic meters of water, tourists and Isfahani residents can view the rarest types of fish, both from the side and from below, experiencing the conditions that scuba divers experience 35 meters below the surface of the ocean, according to the website Real Iran.

Also on display are the facility’s 33 sub-aquariums, which feature various types of underwater species, including sponges and starfish brought to the facility from five oceans around the globe.