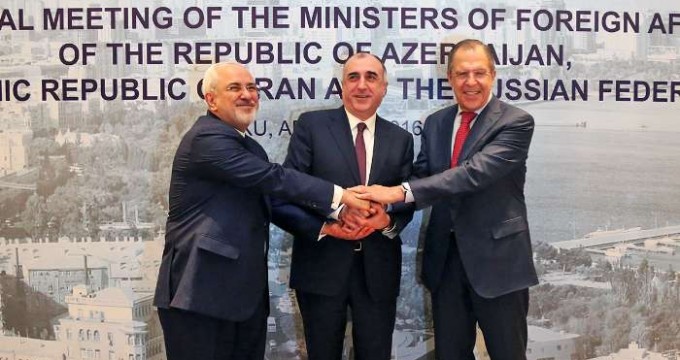 He made the remarks in a meeting with Foreign Minister Mohammad Javad Zarif on the sidelines of the First Trilateral Iran-Russia-Azerbaijan Meeting in Baku.

During the meeting, the two ministers discussed mutual cooperation, regional and international developments.

He further noted that the two countries have made remarkable progress in the fields of economic cooperation, cutting tariffs and facilitating customs regulations, but there are still many areas of cooperation for both countries.

Lavrov reaffirmed his country’s support for full membership of Iran in SCO and voiced Russia’s readiness to finance Bandar Abbas power plant and electrification of Incheboroun-Garmsar.

The two ministers expressed satisfaction over defense cooperation and stressed the need for its continuation.

Zarif and Lavrov also discussed latest developments in Syria and international efforts to end the crisis in the country through diplomatic means.